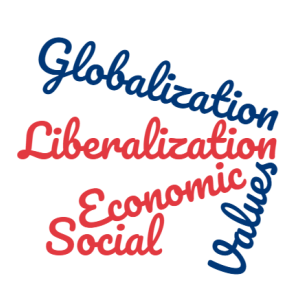 While the annual rate of growth crawled forward at 1-3 percent during the 1970s and 1980s (humorously characterized as the “Hindu rate of growth”), it is now a robust 7 percent and more. In 2018, India overtook China to become the world’s fastest-growing economy. But that doesn’t tell us much about social progress, notes TINAZ PAVRI.

It’s been over a quarter-century since India began liberalizing its economy. After the post-independence adoption of the “mixed-economy” model initiated by first Prime Minister Jawaharlal Nehru, the first steps towards opening the economy from its quasi-socialist past started to be taken in the early 1990s. Since that time, India has seen rapid economic growth and an increased volume of foreign direct investment. In the new millennium, the fruits of decades of economic liberalization are becoming visible as multinational companies set up home and global brands flood the market. The reach of global television and social media has been explosive.

This transformation leads one to ask the question of whether this accelerated globalization has also challenged social values, making them conform more towards global norms. For instance, have Indians, and particularly young Indians, begun to embrace values that mirror tolerant global millennial values on questions of equality, race, women’s rights, and LGBTQ rights? More squarely within the Indian context, have they embraced more liberal values with regard to religion and caste?

News in recent years coming out of India would lead us to conclude that this has not been the case. Although India has a proud history of tolerance, with invaders accepted into the fabric of Indian society and the embrace of refugees from Parsis to Tibetans within its fold, India has also been home to ethno-religious violence, caste discrimination, and violence against women and LGBTQ individuals. We have all heard of recent cases of horrific rapes that have rattled the national conscience and made many Indians feel that while the country may be progressing economically, it is surely regressing socially.

I wanted to see what recent opinion surveys tell us about what Indians believe. These surveys range from a Deloitte (2015), Pew (2015), and Gallup (2010/11) survey of millennials, to a much more extensive youth report survey (2016) conducted by the highly reputed Centre for the Study of Developing Societies (CSDS) and the Konrad Adenauer Stiftung (KAS). What I found was that on many issues, the attitudes reported were largely tolerant, optimistic, and anti-discriminatory while on others, the results were mixed. For instance, 71 percent of respondents said that women have the same rights as men, the second highest in the Asia-Pacific region. 76 percent of women in the workplace felt they would be considered for top jobs. However, an almost equal number also felt that opportunities for the sexes were not equal. 41 percent believed that women should not work after marriage, but 81 percent of surveyed men believed that men should take on greater responsibility in the home and in the raising of children. 83 percent believed it was very important to practice religion freely, and only 5 percent reported discrimination on the basis of religion (but 13 percent of Muslims did). Almost 50 percent were opposed to mixed-religion marriages, however. About half of respondents agreed with the idea of reservation of seats in colleges and universities for lower-caste Indians. With regard to LGBTQ rights, the picture is much less sanguine. 61 percent of respondents believed same-sex relationships to be wrong.

It is very possible, of course, that the relatively recent practice of social values polling in India means that these responses are not accurately reflecting public opinion. It could be the case that the sample size simply does not adequately cover India’s diverse population, including rural Indians. It could also be that the respondents felt pressure to respond “appropriately” rather than truthfully. However, there is the third, more optimistic take: that these responses do reflect Indian values, and that Indian values are more moderate—and indeed even more progressive—than depressing recent events would have us believe. If this is the case, then we would expect to see an India of the future that is not just economically liberal but also more socially liberal.