IndiaScope: Whither India-U.S. Relations in the New Year? 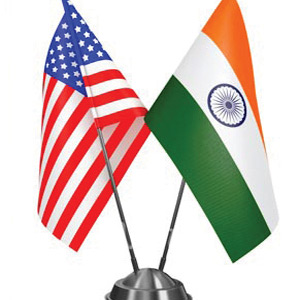 India and the U.S. find themselves at an awkward and indecisive point in their relationship. The photo-ops of the Trump-Modi bear hugs and hype about their personal chemistry have receded into the background. And as 2019 gets underway, both countries are grappling with the new realities and uncertainties on the ground, notes Tinaz Pavri.

In the U.S., Trump’s dubious “transactional” foreign policy—if you meet our demands and expectations in the trade, security, and aid arenas, you move higher on the ally ladder—is being met with some bafflement and resistance by India. Some in the Indian foreign policy establishment were always a bit skittish about the burgeoning India-U.S. relationship since the Clinton era. They have not quite shed nonalignment as India’s moral compass from the beginning of independence to present day, nor have they completely abandoned the memory of their Cold War alignment with the former Soviet Union. And the U.S. understood, and trod quite lightly. So, the current climate where the Trump administration explicitly forces partners and allies to choose sides, sever existing ties, and otherwise reconfigure relationships, is not well received in India.

This current impasse in the U.S.-India relationship could not have been predicted when Trump came to power. The relationship was already strong, and continued to be nurtured in the same positive vein as previous administrations. The administration even kicked it up a notch by elevating India in the region and rechristening the Asia-Pacific region as “Indo-Pacific” to underline India’s centrality. As with the Clinton, Bush, and Obama administrations, India’s long-standing and robust democracy was praised and used as a foil against the big and powerful regional autocrat, China. Shared values were stressed and the importance of India emphasized. In addition, there was the special Trump-Modi relationship with frequent meetings and mutually-offered words of warmth. Even the transactional side of Trump’s foreign policy seemed initially to work quite well for India, with the administration authorizing the sale of weaponized drones because it constituted, among other things, America making a sale, and thereby “winning,” while previous administrations had blocked the sale of even unweaponized drones.

But two years into the Trump presidency, the two countries seem to have hit the pause button. The stated importance of India—democracy-in-arms, shared values, robust and participative diversity—has receded in light of other global dilemmas. Countries like North Korea and Iran, posing immediate national security risks and a platform for the President-as-Showman to perform on, have taken center stage. Protectionist Trump economic and trade policy revisions have hit home, as India examines levying its own import duties. Numbers of H-1B visas for Indians have been slashed, a move that will affect Indian IT. And India has been expected to play along with sanctions levied on countries like Iran and Russia, both of which have been historic partners for India.

This is not a comfortable position for India. Its multilateral foreign policy based on nonalignment propels it more naturally to a more neutral stance in world politics rather than being cornered into “with us or against us” relationships. Further, India has always been more at ease with a multipolar world where it can develop relationships that do not need to conform to a bipolar stratagem. As the U.S.-Russia relationship becomes frayed, the U.S. wants other countries to stop trade deals with Russia out of respect to the newlylevied sanctions. But it is not reasonable for the U.S. to expect India to follow in the footsteps of its Russia policy. India was a key Cold War ally of the former Soviet Union and there are many vestiges of the warm relationship still alive within India’s foreign policy calculus. So it was that India politely declined to cancel its recent $5 b defense deal with Russia. India and Iran have also shared strong relations since they signed on a renewed strategic partnership in 2013. Just because it is once again a key American enemy, India cannot be expected to change its own relationship with Iran. And it would be in America’s interest to allow India to maintain a regional balance to the China-Pakistan relationship, through sustaining its ties with Iran.

It will be interesting to see how the U.S.-India relationship develops in the new year. It has gained sufficient strength in the previous decades to weather these changes and uncertainties, but both partners must work hard to preserve the trust, closeness, and importance gained in recent times.