Is India at a Turning Point? 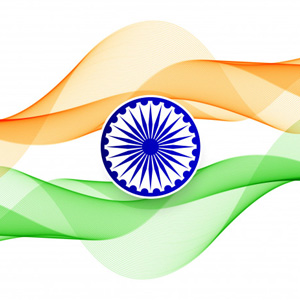 Not since Prime Minister Indira Gandhi’s infamous Emergency rule, back in the mid-1970s, has Indian democracy been under such severe stress.

Since the resounding re-election of Prime Minister Modi and the BJP, India has been roiled by a number of events that have effectively overturned decades-old policy, practice, or simply existing reality, related to its citizens, its largest minority community, Muslims, and to democracy itself.

Very soon after re-election in 2019, the constitutional special status of Kashmir under Article 370, giving Kashmiris wide-ranging rights and privileges in the state from property ownership to jobs, was revoked. The autonomy that article 370 guaranteed to Kashmiris has long been unpopular with the majority in India. It was part of the BJP’s 2019 re-election manifesto, and the election mandate allowed moving forward on it. At the time, I wrote that although the move had far-ranging support with the Indian public, what was surprising to me was the general quiescence in the face of the way in which the deed was done. I noted that the operation included the preemptive closure of normal life in Kashmir—schools, colleges, tourist sites, businesses; the steady increase of troops in the region, to the tune of hundreds of thousands; the blanket of silence that pervaded through the blocking of all phone and internet service; and the arrest of hundreds of former and current state legislators including former Chief Ministers. Yet, the majority of Indians appeared to be ok with this.

In November 2019, a second momentous event occurred. India’s Supreme Court weighed in with finality on the Babri Masjid issue, clearing the way for a temple to be built on the site of the demolished 16th century mosque. The decision carefully stipulated some land ownership for all three groups represented in the case, and did not delve deeply into the controversy itself about whether temple or mosque existed before the other. Again, many supported, others celebrated, and Muslim leadership and citizenry accepted.

Then, in December, the Citizenship Amendment Act (CAA) was passed, which proposed to benefit a number of religious and historically religiously-persecuted minorities, including Hindus, Sikhs, Christians, Jains, and others from three neighboring countries, Bangladesh, Pakistan, and Afghanistan. If these refugees had fled to India prior to 2015, they could seek citizenship. However, the act left out Muslims from protection, ostensibly because it was presumed that Muslims would not bear the brunt of oppression in Muslim-majority and/or sharia-law practicing countries. In tandem, a proposed National Register of Citizens (NRC), piloted years ago in the state of Assam, would be expanded throughout India. Everyone residing in India would provide documents that would establish their Indian citizenship. The refugees protected by CAA could be added to this registry. But if you were an Indian citizen, and especially a Muslim, without the requisite papers, you could be out of luck.

With the enactment of this law, something seems to have changed in India. Those who had been accepting and quiescent as rapid changes to long-established laws and norms were enacted, now started taking to the streets in protest. This law was seen to discriminate potentially against a large swathe of Indian citizens who did not have papers, including the poor and minorities who may not have had access to the requisite documentation and had been living their lives in a country they never realized would ask them for proof of their existence. Demonstrators called it unconstitutional, in contravention of article 14 which guarantees equality to all Indians.

Protests broke out through the length and breadth of India, and ignited the participation of students and youth, many of whom quoted the constitution in opposing both the CAA and the NRC. There were riots between police and demonstrators at many of the venues, including at national universities, and many were injured in the violence that ensued. Hundreds have been arrested and dozens have died.

Protests have also spread to countries of the Indian diaspora. I was surprised to see, while passing the famed (to all Atlanta Indian Americans) Patel Plaza in Decatur a few weeks ago, over a hundred protestors. Indians in alliance with Americans of different ethnic groups, marched carrying anti-CAA signs. Passersby honked in solidarity. Granted that many of the honkers may not have known the nature of the protest, but its existence underlines that Indians and diasporic Indians are taking the CAA/NRC seriously and see them as a threat not just to those they leave out, but potentially to all Indians, and eventually the constitution and the state itself. There is a dawning sense of “and then they came for me.” The tide may be turning.