Jai Hyderabad: An Opinion on the Telangana Issue 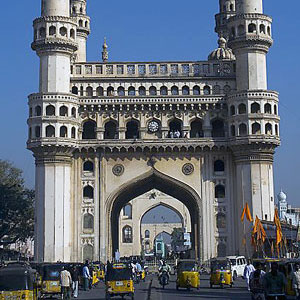 My parents, like me, are migrants, although their journey was intranational—and mine transnational. While they remained in India, I ended up in the United States. Originally from coastal Andhra Pradesh (or Kosta), they lived in various parts of India—north of the Vindhyas, mainly—before settling for good in Hyderabad. By now, however, they have been in the twin cities of the Deccan so long that it’s hard for me to think of them as anything other than Hyderabadis. Not long ago, my father sold his ancestral farmland in Kosta, and now, in the evening of his life, a flat in the city of Hyderabad is the only property he and my mother own.

So it came as a rude shock when they heard the slogan “Telangana wale jago, Andhra wale bhago” (“Telanganites, arise; Andhraites, scram”). It was coined by K. Chandrasekhara Rao, the fiery chief of the Telangana Rashtra Samiti (TRS), a regional political party. In late 2009, Rao and the TRS precipitated a crisis when he went on a fast to demand the immediate dissection of Andhra Pradesh to create a new state, Telangana, with Hyderabad as its capital. But the people of Kosta and Rayalaseema, the state’s other two regions, were in no mood for amputation, and they were even less enthusiastic about ceding Hyderabad and finding a new capital.

The impasse—and turmoil—led to the appointment of the Justice Srikrishna Committee, which took 11 months to make a comprehensive study of the ground realities and issue a 461-page report. While agreeing that “the continuing demand for a separate Telangana has some merit and is not entirely unjustified,” the committee recommended “keeping the state unified by simultaneously providing certain definite constitutional/statutory measures for socio-economic development and political empowerment of the Telangana region.” A bifurcation of the state to create Seemandhra (with a new capital) and Telangana (with Hyderabad as its capital) was considered the second-best option—only if the decision could be made amicably by all three regions. The other options offered by the committee were largely seen as less practicable.

At least for now, I thought, my parents could breathe easily. But when I spoke to them, they sounded worried about the cloud of uncertainty hanging over the state and their city.

In opting for a united Andhra Pradesh, the report took into account not just the concerns of Kosta, Rayalaseema and Telangana, for which a regional council was proposed. Also important to the committee was the “national perspective,” because any division could reignite a contentious demand for more states in other parts of India, leading to further unrest and bitter conflicts. This is not to say that regional distinctions don’t exist, even within the boundaries of a linguistically defined state. Indeed, they do. The people of Telangana have legitimate grievances dating back to 1956, when the current shape of Andhra Pradesh took place under the States Reorganization Act, which enabled the formation of states along linguistic lines. Under a “Gentleman’s Agreement,” the Telugu-speaking areas of the erstwhile Madras and Hyderabad states were joined to form Andhra Pradesh—but now, in this very first linguistically created state, the raison d’être of state formation is being challenged, thus bringing the history of independent India full circle.

All marriages cannot be saved, obviously. In this case, the committee’s nonpartisan finding is that both partners have prospered over the decades. “As a result, Andhra Pradesh today stands as one of the front-runners among the progressive states in the country,” the report points out, adding, “Indeed, it could arguably be said that this very progress has led Telangana to revive the demand for a separate state in order to gain greater political space and to bridge more rapidly the remaining, though diminishing, disparities.”

So, paradoxically, it is development—not deprivation—that has led to the breakdown of the relationship, according to the committee. But even when a marriage fails, and both parties are willing to go their separate ways, there is the question of divvying up the assets.

And that brings us to the real bone of contention in this matter: Hyderabad.

What’s striking about the six options presented by the Srikrishna Committee is the outsize role played by the sprawling, prosperous state capital. Two options, in fact, recommend turning Hyderabad into a union territory. As Andhra Pradesh’s largest—and India’s sixth largest—metro, its importance as a coveted prize cannot be understated. For decades now, Hyderabad has acted as a magnet for the people of the state, and in more recent years, it has done the same for the rest of the nation. It’s not just the local people who have made the city. The committee notes that, if bifurcation is unavoidable, “the apprehensions of the coastal Andhra and the Rayalaseema people and others who were settled in Hyderabad and other districts of Telanagana with regard to their investments, properties, livelihood and employment would need to be adequately addressed.”

Which raises the question: What will my parents do if, indeed, the state is divided and Hyderabad goes to Telangana? Will they stay or will they choose to move?

I haven’t asked them the question. But that’s because I already know the answer, I think.

My parents are city dwellers. Like most residents of Hyderabad—i.e., the majority that lives quietly and productively, not the rabble rousers—they see themselves as Hyderabadis. They aren’t strictly Andhraites or Telanganites. Hyderabad has over time become a melting pot, known for a polyglot culture that places it at the center of the state, but more important, at the intersection of southern and northern India, not to mention two major religions. Telugu, Urdu and Hindi are widely spoken there, as is English. Muslims account for just over 41 percent of the population, and reportedly, most of them prefer to live in a united state—which, in effect, means that their city will also remain united.

Moreover, as the sobriquet Cyberabad makes clear, Hyderabad has over the past 15 years or so emerged as a Hitech Hub, attracting top talent and ordinary folks from everywhere. It is not defined solely by its geographical location, as those who are hung up on territorial identity would have us believe. City dwellers have a relational rather than regional identity. And that’s surely because they are surrounded by people who are diverse and—often—are from elsewhere. It’s how they relate to those around them that matters more than where their roots lie. In my parents’ building, for instance, the eight flats are currently occupied by families that speak Tamil, Punjabi, Kannada and Hindi, apart from Telugu. Over the years, on my periodic visits to India, I have watched my parents go beyond their narrower affiliations and evolve into pucca Hyderabadis. So frankly, at this stage, I cannot see them living anywhere else.

The growing urbanization of India is no secret. In the early 1900s, eight out of nine Indians lived in the countryside. A century later, every fourth Indian lives in a city. And by 2030, according to a McKinsey Global Institute report, India’s cities will have a staggering 590 million people, accounting for 40 percent of the nation’s population.

This relentless urban growth will present challenges, no doubt, although I do believe it bodes well for the future, given India’s seemingly intractable differences. The thali effect, to borrow Shashi Tharoor’s metaphor, has worked well in some ways, because the compartmentalization has helped to preserve indigenous traditions. But it is also constricting. What India needs more and more, in our globalized world, is the melting pot effect of cities—where caste and class, religion and region will matter less and less.

Recently, on CSPAN2’s In Depth Book TV program, a caller asked Salman Rushdie why he chose to live in the United States. He didn’t, Rushdie joked; rather, he lived in New York City. Then he added, “The serious part of that is I’ve always felt I owe allegiance to cities more than countries.”

Whether Andhra Pradesh remains united or not, many would say that Hyderabadis will continue to owe allegiance to—above all—their multicultural metropolis. The slogans “Jai Telangana” and “Jai Andhra” have been around for decades. Here, though, is a new slogan that’s bound to resonate with my parents: “Jai Hyderabad.”