Learning How to Live from Ben Kingsley's "Learning to Drive" 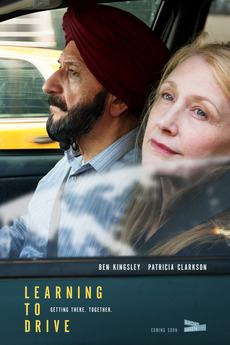 A perfect gem of a movie which is helmed by gifted actors Patricia Clarkson, Ben Kingsley, and Sarita Choudhury, it exposes the stereotyping that's become all too common for Sikhs in 9/11-scarred America.

Every once in a while Spanish director Isabel Coixet drops a wonderful surprise on the movie-going public: a modestly budgeted film about a subject that hardly fits the Hollywood mould. In 2008 there was Elegy which intelligently translated Philip Roth's meditation on lust and mortality; in 2015 there was Nobody Wants the Night which opened the Berlin Film Festival. Isabel's latest film, Learning to Drive, is a charming, coming of (middle) age comedy about a mismatched pair—a Sikh driving instructor and a liberal Manhattan intellectual—who help each other overcome life’s road blocks.

In a raw, sensitive performance Patricia Clarkson provides the movie’s guts as Wendy, a fiery book critic, grappling with her philandering husband's desertion. As work-obsessed Wendy sets out to rebuild her life without her husband, she runs into a barrier common for New Yorkers: she’s never learned to drive. Of course, deliverance is round the corner in the shape of Oscar winner Ben Kingsley who plays to perfection Darwan Singh Tur, a genteel, dignified, resilient driving instructor who also moonlights as a taxi driver (and was witness to Wendy's messy breakup in the backseat of his cab).

The film is as much about the universal themes of love and loss as it is about two different worlds. It comes with an uplifting message about tolerance and encourages people to embrace change and difference. It exposes the stereotyping that's become all too common for Sikhs in 9/11-scarred America.

Kingsley said he was attracted to the film because of the "cast, director, and script" but had a special reason for gravitating to his character Darwan.

“As a portrait artist, why would I want to paint a delicate portrait of Darwan? Why does any portrait artist, walking down the street, suddenly feel, ‘I need to paint her. I need to paint him’? They would say, ‘I don’t know, I just need to paint him.’ I was told in the aftermath of 9/11, it was the Sikh taxi drivers who turned off their meters, saw people in distress, and asked, ‘Where do you want to go? Whom are you looking for? I’ll get you there.’ When I heard that story, having begun to occupy Darwan, a voice in me said, ‘Of course.’”

According to Kingsley, while wearing a turban as Darwan at a car dealership in Queens, a passerby hurled a racist insult at him and the group of nearby Sikhs. "Of course. So as I move through this film,” he concludes, “I’m getting angels and devils all sent to me, guiding me towards the way to tell Darwan’s story.” 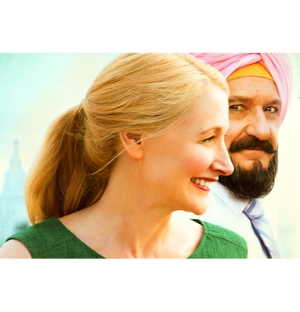 The director Isabel Coixet has created an impressive and perceptive portrait of two strong personalities in extreme circumstances and two worlds. Wendy is an Upper West Side blue stocking liberal fighting to keep her beloved, book-filled apartment and way of life: novel launches, fundraisers, talk radio appearances. The “Sikh in the colorful turban” is a political refugee and naturalized U.S. citizen, who lives out in Queens in a basement apartment with several other men (all undocumented) as he juggles multiple jobs.

It’s a terrific odd-couple match, and their car scenes are funny, moving, and warm. The driving lessons become a metaphor for learning to live: Kingsley shows Clarkson how to take control of the wheel and the rapport between the gifted actors makes for on-screen magic. There's a moment of real connection, however ephemeral, between the two main characters which transcends race and status. 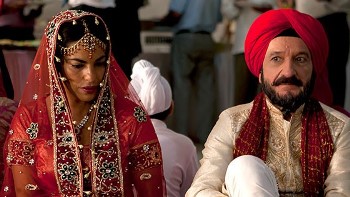 However, when we think this trip is veering toward an obvious love story, there’s an unexpected detour when Darwan’s arranged marriage bride Jasleen played masterfully by Sarita Choudhury enters the picture. Audiences who loved the sophisticated, urbane, sultry actress when she debuted in Mira Nair's Mississippi Masala will appreciate her acting chops as she transforms into her polar opposite: a proud Jatni born and bred in Punjab thrown into the melting pot of Queens.

“You know, all Indian fathers, when you say you’re going to be an actress, they just beg, ‘No, please. That’s not a job.’ But when I was talking to my father after I’d won the role, and I told him I was going to be working with Sir Ben Kingsley, it was almost as if he believed that I was an actress, and I did finally have a real job—because I was working with Gandhi! So it was very moving,” Choudhury said after the premiere for Learning to Drive in New York. The film opens in U.S. theatres on August 21.

Learning to Drive is based on author Katha Pollitt’s humorous, soul-searching essay that originally ran in the New Yorker, relating her experiences taking driving lessons. Of course, being a Pollitt piece, its subject was about a lot more than merely learning how to drive a car. In the original version, Pollitt's teacher is from the Philippines.

The film’s screenwriter Sarah Kemochan made the adjustment to allow viewers to witness turban phobia and anti-Muslim sentiment in 9/11-scarred New York, even towards people who aren’t Muslim. The writer also wanted two characters, who are both residents of New York but live worlds apart from each other, and "then just let them loose on each other.”

Despite a small budget, Isabel's directing creed attracted classy actors like Patricia Clarkson, Ben Kingsley, Sarita Choudhury, and Jake Weber. Isabel was also able to shoot efficiently as her actors knew each other, having acted together in other films. They have great chemistry and the director has tapped into that vibe to create a layered film.

Movie goers have to be grateful for a script and movie that is so well written and well paced: it can make you laugh and tear up. If you want a clever, insightful film that warms your heart, Learning to Drive is for you. 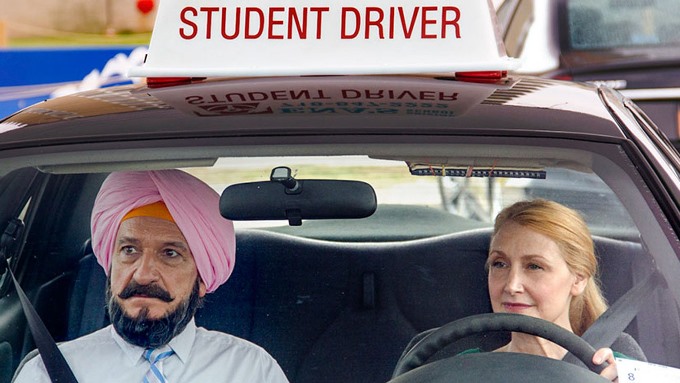