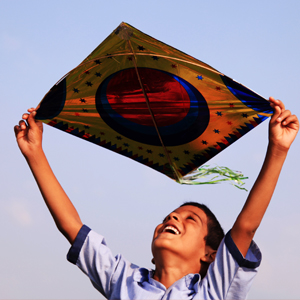 Let’s face it: for Indians, tea is an emotion; and just like all other emotions, it holds a strong connection to the heart.

Now that I have you with me here, let’s start by filling a pan with water. Until it comes to a boil, I’ll walk you through my maternal grandparents’ kitchen where for the first time I realised that tea was not a mere beverage. My grandparents left us a decade and a half ago, but I have to just close my eyes for a minute to visualise their kitchen stove with a stainless steel pan with tea leaves floating in the boiling water. This pan served countless cups of teas to loved ones, acquaintances, strangers, and everyone in between and beyond. It worked tirelessly and taught me that a lot happens over tea in our homes; and that irrespective of who is at our doorstep, we should always be hospitable enough to utter the word, “Chai?” 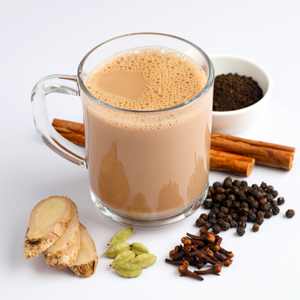 During my growing up years, I heard the adults around me remark, multiple times in a day, how they were ready for another cup of tea. It could be at seven in the morning, four in the evening, or even as late as nine in the night, just after dinner. Of course, bed tea was, and still is, a big element of our lives, with the role thrust upon a certain tea maker in the home because nobody makes morning tea, or subah ki chai, better. I also observed how afternoons turned into evenings over chai, just as I made a note that a way to ask for your guests to stay a little longer was to say, “Let’s have another cup, shall we?” And if I recall correctly, almost nobody ever refused the kind offer.

I was intrigued with the beverage for the longest: as a child, I was told chai is for adults and was offered doodh-chai, or milk tea, in return. This concoction was essentially milk with a drop of tea from mum’s cup added to it to give it just a slightly brown tinge. It made me feel adult-like, so I never complained. Wheat rusks, pakoras (fritters), aloo bhujiya (fried potato noodles), atta cookies (wheat cookies), and sometimes butter-toast were offered alongside. It made me happy to see how a mere cup was turned into an occasion, each time.

Happy with the snacks on offer, I’d sit in my corner, listening to adults. When they’d get tired of discussing heavy matters like death, birth, politics, gold rates, jobs, and marriages; they would often switch to a lighter and their most favourite topic—how to prepare a perfect cup of tea. My aunts and uncles would now get into a fun squabble over the right amount of boiling time, the correct shade of the tea, and sometimes, even the pouring techniques. Someone would then utter the word adrak (ginger) and the discussion would now get animated over words like elaichi (cardamom), masala (spices), and kadak chai which was super-charged sweet tea with a strong flavor.

The world may have moved on to fancier teas like chamomile and peppermint, and something so removed from Indian sensibilities like chai latte may too have gained short-lived popularity; but the truth remains that there is nothing better than the humble cup of chai, prepared at home, with love.

In my home too, there is a pan, always on duty, for anyone who’d like another tea. And till date, as I pour a cup for someone, I can almost look through the strainer and relive the scenes of an era gone by. How everyone in the room would reminisce the favourite cup they ever had! My elder cousin would get nostalgic about the ill-prepared, but the most cherished tea from his university days. A young uncle or aunt would talk of the best moments spent at the tapri (tea shack) under the office building. Someone would then mention chai and courtships; and the entire group would break into the eternal song for the beverage, Shaayad meri shaadi ka khayaal/ Dil mein aaya hai/ Isiliye mummy ne meri/ Tumhein chai pe bulaaya hai. Even today this song from the 1983 Bollywood movie, Souten, warms many hearts over many cups of hot chai in our homes. 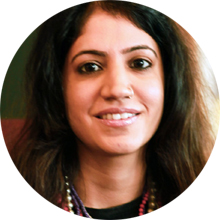 Purva Grover is an author, journalist, poet, playwright, and stage director. A postgraduate in mass communication and literature, she is the founder-editor of The Indian Trumpet, a digital magazine for Indian expats in the UAE. She can be reached at grover.purva@gmail.com. To comment on this article, please write  to letters@khabar.com.