Mothering in the Age of AI 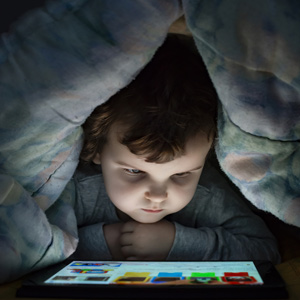 “Humans were always far better at inventing tools than using them wisely.”

It is a rare Saturday night when our entire family of four is at home, wondering what to do after dinner. Should we watch sports (husband), a movie (me), a show (newly-turned-adult daughter #1), or listen to music (teenaged daughter #2)? Clearly, we are not united in our preferences and we don’t need to be, thanks to our privileged lifestyle which enables us to have a laptop and phone each, plus a home TV, and a common-use iPad, not to mention subscriptions to the New York Times, Netflix, and Spotify. We are both spoilt for choice and paralyzed by it, passively letting our devices with their high-tech software and cutting-edge algorithms tell us what we might like to do, instead of engaging in a lively debate.

Looking back at my growing up years in Bombay, sharing a television with five other family members meant watching classical music concerts (grandma), slow-moving mythological tales (mother), well-dressed newscasters reading latest headlines (father), and hours of sports (brothers), along with a weekly dose of Star Trek (me). Television was not just our primary source of entertainment but a window to the world. I was grateful that we could afford one.

College was an unfamiliar world, more like a new orbit. My excitement at discarding my boring, blue uniform was replaced by a fear of not fitting into my new milieu. Our family budget and outlook diverged greatly from the well-heeled, smartly dressed popular kids who arrived in chauffeured cars. Not surprisingly, I merged with the nerds, the middle-class know-it-all types who existed in a parallel universe populated by articulate but awkward kids.

I began to question my family’s way of life. I wanted to wear pants, eat burgers, and watch a late-night movie with the cool kids, but I had to pick my battles carefully. Staying back late to participate in the annual day function was easier than asking for frequent movie outings to town. A college trip to Aurangabad seemed to be a cause worth fighting for rather than money for pizza. In retrospect, what I considered a rebellion back then was just a slight veering off the path endorsed by my family, but every such step had required a great deal of forethought and planning.

Fast-forward into the current century: I am the parent. My children have ‘friends’ in real life and on social media, a global community of peers, and myriad channels of communication that inundate them with words, visuals, and websites where people they hardly know urge them to make choices without knowing their personalities, their context, or providing them space and time for introspection.

This world of social media and artificial intelligence is very different from the one I grew up in; it’s a world whose workings I don’t completely understand. In my quest to protect my children from this mysterious and undeniably seductive world, I have used only one weapon: exhorting them to think.

Think—before blindly following foolish fads and “cool” challenges that are harmful if not downright dangerous.

Think—whether the people you follow are worthy role models whose lives truly inspire you and provide you a road map for your own lives.

Think—about the choices you make and their consequences on the life that you dream about.

Thinking, I figured, would give them the logical tools necessary to process information and the practice to make choices, knowing that they will invariably make some wrong ones. By following an iterative process of thinking, choosing, and learning, I hoped they would develop a way to engage in the world that is unique and most suitable for them.

My children, however, manage to continually surprise me. They will blindly trust Google to show them the best route to a destination and Netflix to recommend the right show but rebel against a mere suggestion from me regarding a book that may be of their interest. In their AI-driven world, small choices (which movie to watch) and large decisions (which college to pick) are driven by suggestions of machine-driven algorithms that seem to know them well.

As machines learn deeply and think quickly, accuracy is prized over originality. Deep neural networks have evolved to a level wherein AI is deployed not only for doing tasks but to solve problems. What contribution will my children, who are reluctant to practice iterative and creative thinking, make in such a world? 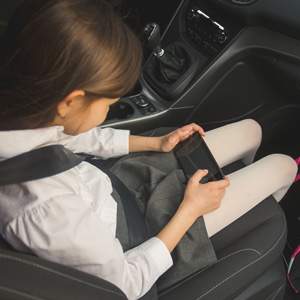 We are both spoilt for choice and paralyzed by it, passively letting our devices with their high-tech software and cutting-edge algorithms tell us what we might like to do, instead of engaging in a lively debate.

If our evolution leads to a passive handing over of our agency to the tools of our creation, I wonder why countries fought colonizers, why feminists continue to fight against patriarchy, and why teenagers of every generation rebel against their parents? Each of these fights was and continues to be a demand for the right to choose—for the country, for the self.

Unpredictable human nature is what makes us special as a species, and the mixed-up neural networks that fire within our bodies function not just in response to programmed stimulus but also in unquantifiable, inexplicable ways. EQ is more important than IQ, and parents must help children learn this by modeling
appropriate behaviors, says a recent article by a prominent educator. But society at large also needs clear policies and regulations, frameworks that serve as guiding principles to ensure that we reap the benefits of smart machines without being overtaken by them.

Who will rise to this task? It requires the ability to think and choose—a skill that AI seems to be learning faster than our next generation. Today’s regulators, like people of my generation, may have grown up in a world without AI but the world of tomorrow lies in the hands of today’s youth, who need to be able to arrive at
sensible decisions and shape policies that are in tune with the times.

Perhaps the first essential step is a concerted effort to encourage thinking amongst our youth, something I have always pushed my kids to do. I can’t speak for other parents, but I am happy to sign up for this initiative.

Now, I have a valid reason to say “Think—because the world needs you to.” Followed by “I told you so!”