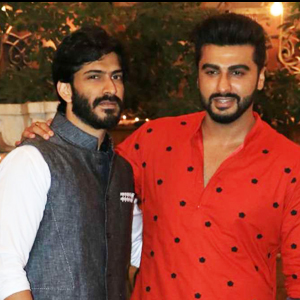 This October, two brothers starred in marquee films for major streaming platforms Disney+ Hotstar and Amazon Prime Video: Sunny Kaushal in Shiddat and Vicky Kaushal in Udham Singh. Both are sons of action director Sham Kaushal, an industry insider. And yet, both have had to work their way up, slowly and steadily, proving their merit with each film.

Would it be fair to call the Kaushal brothers pro-ducts of nepotism? Both have proven that they can act. Vicky has shown versatility with Sanju, where he plays the second lead, and again with Uri, which became a huge hit. Sunny is working on becoming a success story. Their roots in the film industry have not necessarily meant smooth sailing in their film careers.

Two storylines have emerged in the last decade or more. Children of the film fraternity are no longer able to ride on the wings of their lineage—they must prove their mettle at the box office. The other, even more exciting trend is that Bollywood is no longer the good old boys club it used to be. Newcomers, even those with no connections in the industry, are increasingly carving a niche for themselves, purely on their merits.

If one would turn the clock back, the game changers—Raj Kapoor, Guru Dutt, Mehboob Khan, Hrishikesh Mukherjee, Yash Chopra, B R Chopra—didn’t sign up actors because of their surnames. They picked up talent wherever it came from. 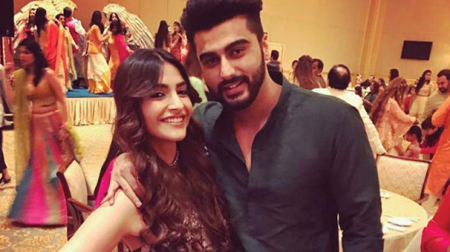 But over time, as wealth stratified in the hands of a few, the film industry began to convert cinema into a family business. An actor without Bollywood connections would find it difficult to get an audition. As family names and connections began to control who gets a chance to become a star, content had to adapt to their mediocrity. Hindi films suffered, churning out heavily marketed formulaic stories. The worst decades were the ‘80s and the early ‘90s. ​

Things have come a long way since then. Those with film backgrounds have had to consistently prove themselves or be sidelined. Abhishek Bachchan, despite having the mighty Big B as his father, has struggled—his career is full of ups and downs. There are many others who have downright fizzled despite being launched by famous parents: Uday Chopra, son of iconic director Yash Chopra; Mahakshay, son of Mithun Chakravarty; Tanishaa Mukerji, daughter of Tanuja and sister of Kajol; Esha Deol, daughter of heartthrobs Hema Malini and Dharmendra; Sikandar Kher, son of Anupam Kher; Luv Sinha, son of Shatrugan Sinha, and others. 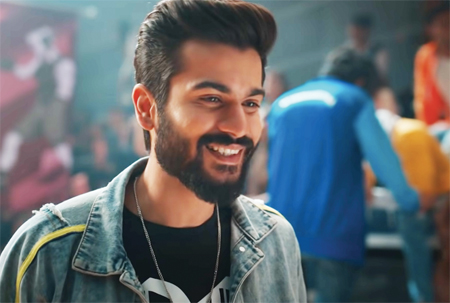 The change that was meant to happen, where an actor’s talent would matter more than their surname, did begin to happen, as competition from outside of cliquish Bollywood increased. Streaming, particularly, changed the name of the game. In a level playing field, those with film backgrounds had to compete just like others—with bankable performances. In this process, some faded out and others, shone bright. For instance, Farhan and Zoya Akhtar, children of screenwriter Javed Akhtar, have made their mark—not because of their famous father, but through sheer talent. Farhan is the only successful actor-director of this generation, with films like Dil Chahta Hai, Lakshya and Don making him a versatile filmmaker and writer. As an actor too, he sets the benchmark high with roles in Bhaag Milkha Bhaag, where he plays the legendary athlete Milkha Singh; and with lighter characters like his part in Zindagi Na Milegi Dobara. Zoya Akhtar started later with her cinematic work but has a distinct storytelling style. Be it Gully Boy, her debut film Luck By Chance, or her work in the web series Made in Heaven, Zoya builds characters from contemporary reality like none other. Between them, these siblings have raised the standard of screenwriting in mainstream cinema. Their success can’t be credited to nepotism.

Ranveer Singh, now a leading star, and one whose father does have a tangential film connection (his grandmother used to work in films and his father supplied film equipment), had to audition multiple times before getting a break.

Like Sudhir Mishra, the acclaimed director, had stated, one can’t call Ranbir Kapoor or Alia Bhatt and their success as ‘nepotism,’ despite being children of industry honchos. Both are great actors, and both keep experimenting with their roles.

Newcomers are making a mark based on their merit

A progressive change in the past decade has been the increasing inclusion of non-film talent in Hindi cinema. With streaming platforms, quality content from across the world is available to audiences. Besides, millennial viewers don’t watch a star anymore. They choose a story and a context, seeking novelty and viewing experience—which is why stars need to get real and learn to act. Each actor must be flexible and must serve the script as well as the filmmaker’s vision to become successful.​ 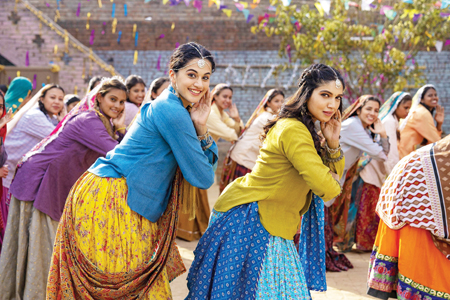 Anushka Sharma, who came from a modeling background but with no film connections, had to audition for many roles. She got very lucky with Yash Raj Films, a company that nurtures acting talent and gives them time to flourish.

Rajkummar Rao, a fine performer, had to keep meeting assistants of filmmakers and audition heavily, starting with bit roles, before he landed himself quality parts. He is still to become a bankable film hero but his body of work will naturally gravitate towards international projects, making him a self-made success story in a stratified and highly competitive film industry.

Millennial viewers don’t watch a star anymore. They choose a story and a context, seeking novelty and viewing experience—which is why stars need to get real and learn to act. Each actor must be flexible and must serve the script as well as the filmmaker’s vision to become successful. 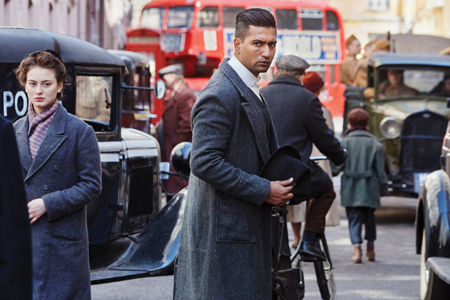 Talent companies—those that bring roles and projects to new actors—have changed their ways of working too. For instance, Yash Raj Films (YRF) will soon launch Manushi Chillar (Prithviraj), Shalini Pandey (Jayeshbhai Jordaar) and feature Siddhant Chaturvedi (Gully Boy) alongside yet another newcomer Sharvari (Bunty Aur Babli 2) in their films. None have a film background. Given that this company is amongst the oldest and most powerful within the Hindi film industry, it has consciously made a paradigm shift in launching actors. While it may have a film featuring Aamir Khan’s son Junaid in the pipeline, and another reportedly featuring Ahaan Pandey (nephew of actor Chunkey Pandey), their focus is on letting the new talent find the spotlight because of their work. YRF has nurtured Ayushmann Khurrana and launched Parineeti Chopra, apart from Anushka Sharma and Ranveer Singh in the past.

Amongst heroines, those like Bhumi Pednekar and Taapsee Pannu are more popular with both filmmakers and with audiences; and then there are upcoming star daughters like Sara Ali Khan, Ananya Pandey and Jhanvi Kapoor. That the biggest Hindi blockbuster, Baahubali 2, is not a Hindi film, testifies to the fact that a permanent change, driven by quality, had to happen.

Nepotism didn’t kill or damage actors, as recent controversies would indicate. But it had definitely twisted the playing field and created room for less artistic value in Hindi films. For this industry to survive and flourish, it had to accommodate talent and quality in every aspect of filmmaking. It took competition from across India and the world to root out nepotism in Bollywood.

Abhishek Srivastava has a Master’s in Communication Studies and is a seasoned journalist covering entertainment, politics and more.