COVID-19  In-depth info for Indians in Atlanta/Georgia. Click here
Home > Magazine > Features > Musings: What Does America Want from Me?

Musings: What Does America Want from Me? 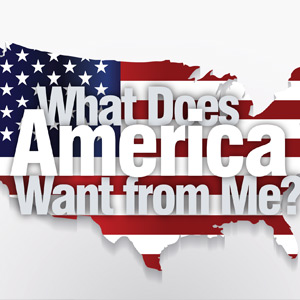 An immigrant ponders the richness of life in her adoptive homeland. And how little is expected in return.

My daughter and I arrived at the Georgia Dome dressed in red-white-and-blue soccer jerseys, giddy with patriotic pride and fan fealty to watch the U.S. women’s soccer team in action. We were seated close enough to discern the revved-up expressions of the players on the field. It is the first time my 10-year-old, a tenacious right back, and I, the quintessential soccer mom always equipped with Band-Aids and words of encouragement, are watching a professional team up close.

It is also the first time ever that I am able to sing the “Star-Spangled Banner” verbatim, just before kick-off.

Growing up in India, I sang the national anthem, “Jana Gana Mana,” at school every morning. Even though the music teacher had deemed my scratchy voice unworthy of earning a spot on the school choir, I belted out the lyrics using the power of my lungs to the fullest because I was moved. I felt a patriotic kinship with the tri-colored flag fluttering in the morning breeze.

Years later, on the morning of my citizenship interview at the USCIS field office in Baltimore, I hummed the last line (the only line I knew) of the Star-Spangled Banner as I waited my turn. I was well prepared for the test. I had crammed the answers to all the civics questions that could come my way. After all, I am of Indian heritage—rote learning is my thing. From learning multiplication tables in second grade to quoting Shakespeare in high school—committing information to memory is like cooking curry, instinctual. I took the Oath of Allegiance in a room packed with people of varicolored skin tones, some barely able to communicate in English. It surprised me that we were not required to do more to prove our loyalty to America, this grand country that had taken us into its fold like an ocean receiving raindrops.

Conventional metrics of success aside, life in America has been good. I marvel at the abundance and the infrastructure. I am in awe of what may seem insignificant to those who have known nothing different.

Recently, city officials put up signs in our neighborhood informing the residents about upcoming roadwork. On the designated morning, a bulldozer with several trucks in tow pulled into our cul-de-sac. When I returned home later that evening, the ground beneath my wheels was a smooth, glistening ribbon of asphalt. My childhood home in India was serviced by a potholed street. Years after I left, the city officials did finally heed the call for repairs. In fact, they now come by every two years and pour layer over layer of tar without ever scraping or leveling the surface. As a result, the narrow street is a couple of feet higher than the ground along the edges, rendering it even more hazardous!

It is for things, little and large, that I am proud to be American.

In fifth grade, as part of the “Great American” program, my daughter was required to learn all 50 states and capitals, names of all the 44 Presidents in chronological order, the Preamble to the Constitution, the Pledge of Allegiance, the Star-Spangled Banner, and the Gettysburg Address. Every day right after school she would kick off her turf shoes, devour a snack and ten minutes of “TV time,” complete her homework, log a few minutes of piano or cello practice, change into mandated club soccer gear, and make a mad dash to practice. How were we going to make time to learn everything in a few weeks, I wondered? I really wanted her to become a “Great American.”

“I won’t watch TV when I come home—we’ll do it then,” she assured.

I was surprised and delighted by her willingness to give up something she enjoyed to earn the “Great American” title. Perhaps she was driven by the desire to have her picture posted on the gym wall as a badge of honor along with her classmates. I hoped she was being spurred into action by more than just vanity.

My daughter succeeded in learning everything in time but the first two lines of the last paragraph of the Gettysburg Address. She asked if I thought she was a Great American even though her picture is not mounted on the gym wall at school.

“Yes, you are!” I said, tearing up. “I, too, have been working on becoming a Great American like you.”

And like her, I am yet to master the Gettysburg Address. I may not be a Great American, but I try to be a good citizen.

And what does America ask of me?

Pay my taxes. Show up for jury duty. Vote.