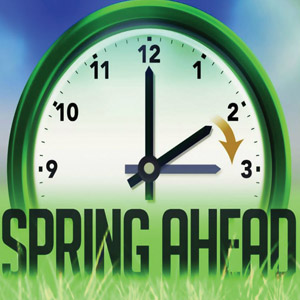 On March 8th, we change to Daylight Saving Time (DST). That means, notes HEMLATA VASAVADA, we won’t recover our precious hour of lost sleep for eight long months. And then there’s the question of efficiency. Is the seasonal switch really worth it, she asks?

Last year, after the dawning of the DST in March, I saw a picture of a Native American with a caption: “Only the government would believe that you could cut a foot off the top of the blanket, sew it to the bottom and have a longer blanket.” Instead of the American- Indian man, I imagined an Indian-American woman cutting one end of her sari and stitching it to the other. If she repeated the process twice a year, her six-yard silk would become a mini skirt. What a waste of time, energy and material! In adjusting from Standard Time to Daylight Saving Time and vice-versa, our clocks must suffer some wear and tear. And how much time do we lose in fiddling with our timepieces?

I took a survey to find out. Unlike the man on the news who owned 4000 timepieces and spent several hours to change time, my survey dealt with households with average clocks/watches. Some friends told me it took seven minutes, while others said it took fifteen. My husband bragged that he changed our clocks in five minutes. A quick inspection around the house showed several unadjusted clocks.

“Why do they call it Daylight Saving Time when we lose an hour, and then several collective hours to reset our clocks and watches?” I asked a science professor.

“The ‘saving’ doesn’t stand for time but for energy,” he said. “Congress followed the European Summer Time practice to move the clocks ahead. Scientific research proves this shift conserves energy.”

My unscientific mind silently argued: If we move our clocks forward to use the sunlight in the evening, aren’t we wasting electricity in the morning? Shopping malls are brightly lit morning or evening, so their consumption of electricity is the same during DST. If some industries save energy by starting an hour earlier, they should simply move their work-hour ahead during summer instead of making us all bounce back and forth. Originally, farmers protested DST, probably because they couldn’t persuade their cows and hens to produce milk and eggs earlier. It is my unscientific assumption that since farmers start at dawn, they use more energy during forwarded time. Surveys have shown that there are more traffic accidents and loss of productivity on Mondays after springing forward to Daylight Saving Time.

Perhaps that is why some states have refused to jump on the DST bandwagon. And yet, most people are sold on the energy-saving virtues of Daylight Saving Time. It has been extended twice. Standard Time has now been reduced to four months. With this forward march, we’ll soon be in continuous DST.

A permanent move might stop our chronological seesawing, but can we ignore Greenwich Mean Time? If we ignore GMT, why advance just once? We could keep marching forward and catch up with the International Dateline. This would give us the opportunity to become the first to welcome the New Year and the first to open the stock market. On the other hand, some people have suggested we permanently change to DST. We see the forward moving trend in many industries. Thanksgiving-themed decorations are in the stores in October and Christmas items are displayed after Labor Day. New car models for 2020 were marketed in the fall of 2019. Magazines are usually distributed “before their time.” At least we have the newspapers to verify the actual date.

If we change one hour, why not keep moving forward? Since we Americans like to be ahead of every country, the forward move will help us catch up to the land of rising sun. It might be exciting to be the first to celebrate the New Year or check the stock market, but how will we get the lost hours back? And, if we keep chipping away at our time, we will never regain our precious hours. Switching from Standard Time to Daylight Saving Time and back again is draining our time and energy. Our metaphorical blankets and saris are losing their fabrics after repeated cutting and stitching in hopes of extending them.

Hemlata Vasavada’s novel, The Cascade Winners, was published in 2014. Her personal essays, articles, and humor pieces have appeared in magazines and newspapers. She lives in Pullman, Washington.