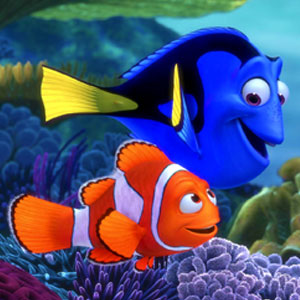 A mother finds parallels in Finding Nemo as she bids adieu to her college-bound daughter.

Our family loves the popular movie Finding Nemo. But while others appreciate its vivid animation and clever script, we feel the story is really about us. Marlin the father fish is very much my husband: organized, wary, and protective. Dory, the mother substitute, is like me: accepting of everyone, well-meaning, and highly forgetful. Nemo is the equivalent of our daughter Kalpana: optimistic, thoughtful, eager to be independent and out in the world, but concerned about her parents’ well-being.

Like Nemo, we, too, were living in a paradise—in the small sea-side town of Cascais in Portugal. Our barracuda was cancer; it snatched Kalpana’s little brother away when he was three and she was seven. Thereafter, like the singleton Nemo, Kalpana found an assortment of friends along the way. Beginning with her constant cousin Kiran and joined by a myriad of transient international school kids, Kalpana finished high school with a diverse tight-knit gang of pseudo-siblings.

And now Kalpana is beginning her solo journey. Having spent most of her school years in India, she’s off this fall for university in the United States.

While her grandfather went abroad for his doctorate degree and her father went abroad for his master’s, Kalpana is going away for her undergraduate. Today, earlier and larger migration for higher education is common. The number of foreign students has doubled since even 2000. Some 265,000 go to Canada, over 200,000 to Australia, and more than 420,000 to the United Kingdom. America’s universities hold a great allure for the youth of the world for their academic leadership, freedom to explore and create and share, and their inviting and equitable atmosphere. During the 2012-2013 academic year, over 800,000 foreign students came just to United States colleges. While slower economic conditions in Western countries may be compelling their students to live at home and study, a growing middle-class is pushing those in crowded and competitive developing countries—like China, India, and South Korea—to look west for interesting, better, and simply more education opportunities.

With the advance of telecommunications, the world is made significantly smaller and homesickness is reduced. Students like Kalpana can retain an inexpensive and extensive daily link with home via email, Facebook, Skype, Viber, WhatsApp, and a myriad of other programs. If only Nemo and Marlin had had cell phones, they could have saved them-selves a lot of trouble.

But while technology will enable us to stay in touch easier, we’ll still need to learn to live without each other—physically and emotionally. And that may well be the biggest education for both child and parents in the year ahead. Kalpana will need to be organized without parental nagging and assess risk, realizing there is no parental safety net. And on our part, we’ll need to shift the focus of our last 18 years of existence and find new ventures to absorb our passion. Having long instilled in Kalpana the feeling that the world is her playground and her responsibility, it would be unfair on us now to impose geographic restrictions on her just to suit our aching hearts. Her hopes, interests, and concerns transcend national boundaries.

There’s that old mushy quote “If you love something set it free. If it comes back, it’s yours. If it doesn’t, it never was.” Well, Kalpana may not come back. But in some sense, she will always be ours and we, hers. And in spite of my daily forgetfulness, the times we shared over the past 18 years are unforgettable.

Although Kalpana now stands five inches taller than me, I still remember bringing the 6 pound 5 ounce baby home from the hospital in a car seat that was too big for her, the colic, her learning to walk and finally sleep through the night, the slow eating to endless playing of the Lion King audio tape, laughing and dancing and singing around the house, reading Franklin the Turtle books at bedtime, our worries about the scars of her brother’s death, and her efforts to make us smile again. I remember her growing: from initially moving away from our touch to later initiating hugs herself; from being scared of other children to being surrounded by a gaggle of friends; from being shy to talking calmly in front of 400 students and teachers at last year’s school assembly.

Nemo in Latin means “no one.” The optimist in me likes to think that therefore that name includes everyone and his journey is one we can all empathize with. Kalpana in Sanskrit means “imagination.” I like to think that armed with that, she will manage her way in the wider world. And if she does meet any predators along the way, I hope they will be in rehab—like Bruce the shark: fish-friendly or at least trying to be good.

Finding Nemo may take place under the ocean but it’s actually a road movie. And while the plot may seem to be the journey of father Marlin searching for and finding his son Nemo, in essence it’s the journey of Nemo finding himself. As in Nemo’s ocean, there may be set currents but no set paths. Kalpana will go to places we have never been. She will meet people we do not know. She will have adventures we will not be aware of—unless she wants to share them with us. I hope all she’s learned so far will serve her well. And if she’s ever feeling low, I hope she’ll remember how much she is loved.

We found Kalpana 18 years ago. And she has been a treasure in our lives. Now—as we stand back, watch her swimming away from us and our sheltered coral reef and alone towards the unknown—it’s time for her to find herself.

Source: India Currents. Ranjani Iyer Mohanty is a writer and editor, based in New Delhi.