Only Compromise Can Save Immigration 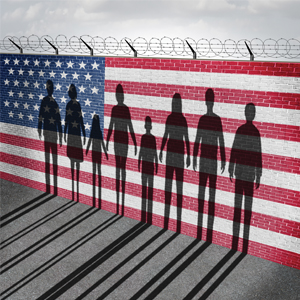 This election year, when it comes to the immigration debate, moderates and progressives have many advantages over hardliners who support restrictions. But as a deeply researched new e-book argues, pro-immigrant policy makers will succeed with their agenda only if they are willing to make some concessions to rivals. Of course, the big unknown in American politics now is the impact of Covid-19.

At no time in memory were the positions of the Republican and Democratic presidential candidates on immigration as starkly and intensely opposed as they were in 2016. When the public was asked on seven different occasions between March andSeptember 2016 which candidate they most trusted to handle immigration issues, Hillary Clinton was preferred over Donald Trump each time with a median advantage of 8 percent. In 2012, in contrast, Mitt Romney had a slight median advantage of 1percent over Barack Obama.1

These overall dispositions are mirrored in the results that have been portrayed in this report concerning specific aspects of the immigration debate. On item after item the public has usually supported the position preferred by the Democratic Party and increasingly so the closer we come to the present. The public supports a path to citizenship not just for Dreamers but also for adult illegal residents. Both of these steps are strongly opposed by Republicans and particularly those who voted for Trump. Conversely, the public opposes building a wall on the border with Mexico, a measure strongly supported by Republicans and Trump voters.

This distribution of public opinion would suggest continuing policy stalemate on the immigration front as long as the Republicans control the executive and/or at least one house of Congress. The impasse could very well be broken, though, by the feature new to the contemporary situation. The probable Supreme Court decision in the months ahead allowing the end of DACA creates the possibility that sufficient numbers of Democrats might be willing to accept a compromise on immigration that they might otherwise reject.The public opinion results surveyed in this report provide sound guidance for the construction of such a viable compromise. 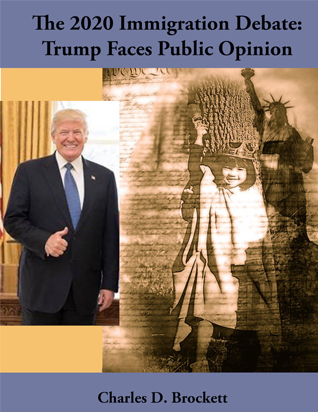 First, attention to legal immigration should be included. While the public rejects the draconianCotton-Perdue 50 percent cut, there has often been support for decreased immigration levels from at least 40 percent of the population. Measures to ensure no increase in annual immigration would command widespread support; steps toward a small reduction could facilitate a compromise. The public also accepts the need for altering immigration preferences away from family unification and toward a more merit-based system such as employed by peer countries such as Canada and Australia.

Second, the controversy over the border wall with Mexico has muddled the broader issue of enhanced border security. The public rejects the wall but has been essentially split when asked to choose between a citizenship path and border security as its top priority. It is, of course, a false choice; we can have both. Many of the border security enhancement measures proposed by President Trump and other Republicans could be viable compromise elements when separated from the toxic wall proposal. (Still, given how strongly the president is committed to the wall, some give here too might be prudent). Note, the term border security is used loosely—a significant portion of the unauthorized population arrived legally far from any border but then remained illegally after their visas expired. Within this broader sense of security the promise of the 1986 reform could also finally be realized: require employer verification of employee immigration status with meaningful sanctions for hiring violations.

Third, the public overwhelmingly supports legalizing the status of Dreamers. This must be included in any legislative package for it to have any hope of the necessary level of Democratic support. One possible area for compromise would be to grant a full path to citizenship to those who were brought to the United States at an early age (perhaps younger than their median age of eight?) but not to those who were older.

Fourth, as difficult as they might be, the prior steps still leave untouched the biggest problem of all: what to do about the many millions of adult undocumented immigrants. Trump voters overwhelmingly believe illegal immigrants should be deported but the public rejects that position. Increasingly over the years the public instead has preferred legalizing their status through a path to citizenship. A degree of compromise on this issue could be provided by stopping with legalization but not offering citizenship. Many of those who advocate deportation probably can understand the practical difficulties involved in attempting such a massive undertaking but find rewarding illegality with citizenship too objectionable to accept.

Conversely, legalization without a citizenship path for unauthorized adult immigrants and many of the Dreamers would be difficult to accept for their advocates. However, this compromise would still transform the undocumented into legally protected residents of the United States. Expansionists could then prepare the ground for passage of a path to citizenship when a more receptive distribution of political power is gained. In between there would also be ample opportunity to demonstrate to skeptics that unlike the 1986 reform, this time the flow of new illegal immigrants into the country would have been reduced to at least an unproblematic level.

1. Results from various surveys with similar questions obtained from Roper iPoll. Romney was preferred on three of six surveys.

Excerpted with permission from Charles D. Brockett’s The 2020 Immigration Debate: Trump Faces Public Opinion. Brockett, who holds a Ph.D. in political science from the University of North Carolina at Chapel Hill, retired from Sewanee: The University of the South. He’s a co-founder of Atlanta-based Wising Up Press. This Kindle e-book, portions of which were presented at Southeastern immigration conferences, can be downloaded from Amazon.