COVID-19  In-depth info for Indians in Atlanta/Georgia. Click here
Home > Magazine > Features > Opinion: It’s More Important What We Say about the Kathua Horror than Whatever Modi or Rahul Do

Opinion: It’s More Important What We Say about the Kathua Horror than Whatever Modi or Rahul Do 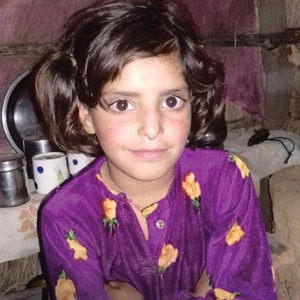 Kathua should scare the living daylights out of us, not because of what Narendra Modi or Rahul Gandhi said or did not say, but for what it says about our capacity to feel shame.

In 1984, the image of a child shook a nation to the core. Thousands died in the gas leak of Bhopal, but one dead child, ethereally white, her eyes glassily opaque became the face of that tragedy. It was called ‘The Burial of an Unknown Child.’

Today another child’s face should be haunting us. This child has a name. Asifa Bano was eight years old. She was wearing a purple dress and grazing her horses. Now we see her lifeless, face bruised, lips swollen, still in that purple dress. On Facebook, it says, “This photo may show violent or graphic content.”

But we need to see it, because that face should haunt us as much as that unknown child did back then. Instead, there are protests and bandhs, not to demand justice for the raped, mutilated, and murdered child, but for those accused of committing the crime. Women are threatening to burn themselves if the accused are not released. A minister has said, “So what if this girl has died, many girls die every day.” He is still a minister.

This is a parade of obscenity. Our networks are juggling two prime-time rape stories. (1) A child is dead. A father is accused of involving his own son and nephew in a rape. Police officers charged with protecting us are charged with covering up the crime. (2) This child was imprisoned and brutalized, allegedly in a place of worship. Lawyers, yes lawyers, tried to prevent the filing of an FIR about the rape of an 8-year-old.

Something is rotten in the state of us.

At this point why are we even wondering when Narendra Modi will speak up? Rahul Gandhi went to a candlelight vigil and finally tweeted: “What happened to Asifa at #Kathua is a crime against humanity.” Narendra Modi is tweeting about his speech at Def-Expo India in Mahabalipuram, sharing an animated lookalike doing bhadrasana, and sending birthday wishes to Sumitra Mahajan. Other than V. K. Singh, his ministers like Sushma Swaraj who once wanted death sentence and “only death sentence in all cases of rape and murder” are silent.

At this point, what do we even want Modi to say? Modi is not an unemotional man. When he addressed the BJP after winning the general elections in a landslide he teared up. When his party won a sixth term in Gujarat, tears glistened in his eyes. When he talked about demonetization and the sacrifices he made as one “not born to sit on a chair of high office,” he broke down. But what comfort did he offer as a leader in the hours and days after Dadri or Alwar or that murder on the train from Delhi to Mathura? Why should Kathua be different? Why should he be the mourner-in-chief?

What do we even want him to say—justice will be done, the law will follow its course, the guilty will not be spared? Even our religious leaders maintain strategic maunvrats. Perhaps Baba Ramdev, happy to pillory those who refuse to chant Bharat Mata ki Jai, has spoken about Kathua and I missed it.

Instead, we have a procession of Bollywood figures playing the conscience of the nation on Twitter—Abhishek Bachchan, Javed Akhtar, Sonam Kapur, Riteish Deshmukh, many of them sharing a New York Times article about what happened in Kathua. Some would say it took the New York Times to spur Bollywood into finding its tongue, but at least something did. Other otherwise loquacious Bollywood stars have said nothing, but that does not matter.

The child was raped, murdered, and then bludgeoned with a stone to make doubly sure she died after being raped one last time. What does it mean that there are people among us who can read that FIR without retching, and have the stomachs to be apologists for it?


What is more important right now than whatever Modi, Rahul Gandhi, or Bollywood say, is what we say. What do we say when that rape joke floats up on the school WhatsApp group? Or when that old friend forwards an incendiary piece of fake news saying “forwarded as received”? Journalist Piyasree Dasgupta shares on Facebook how a casual conversation on a train quickly became about Muslims taking over the country and needing to be taught their place. We think these people are WhatsApp warriors blowing off steam, but we do not think about what we enable when we just shrug, look away, and change the subject because, as she writes, “it’s too much work to protest” and we think their “bigotry can be washed down with a beer andforgotten with an eye-roll.”

But each time we are silent, they think we quietly agree. Even now in the wake of this murder of an eight-year-old, there are people we know who say ‘of course rape is bad, but why this rape and not that rape,’ or say ‘this is really about cattle smuggling and Rohingyas’ as if that in any way justifies what happened. The child was raped, murdered, and then bludgeoned with a stone to make doubly sure she died after being raped one last time. What does it mean that there are people among us who can read that FIR without retching, and have the stomachs to be apologists for it? Thank god for an honest police officer who would not be deterred. And how scary to think that officers like him are more often than not shunted off for not bending to political will.

In 2012, when Jyoti Singh was raped on her way back from a film, it stirred the nation into outrage for a woman the media dubbed ‘Braveheart.’ But Jyoti Singh did not want to be a Braveheart. Neither did Asifa Bano. One wanted to go home after a film. The other wanted to graze her horses in peace. At least in Jyoti Singh’s case, the men could be dismissed by all as drunken beasts, terrible rotten apples. This is different: aam aadmis, “people like us,” came out in support. As Pratik Sinha of AltNews tweeted, “(Rape) has happened many times with perpetrators from all religions. But how many times have marches been taken out in support of the accused?

How many times have lawyers collectively extended support for the accused?”

Why are their neighborhoods and mohallas not saying #NotInMyName?

Kathua should scare the living daylights out of us, not because of what Narendra Modi or RahulGandhi said or did not say, but for what it says about our capacity to feel shame.

And if still does not, just keep asking yourself this:

What were you doing at the age of eight?

On April 13, Prime Minister Narendra Modi finally broke his silence on the Kathua and Unnao rape cases when he said the following during the inauguration of Dr. Ambedkar National Memorial in New Delhi: “Incidents being discussed since past two days cannot be part of a civilised society. As a country, as a society we all are ashamed of it. I want to assure the country that no culprit will be spared, complete justice will be done. Our daughters will definitely get justice.”

Sandip Roy is a widely followed journalist, commentator, and author based in Kolkata, India. This article first appeared in theprint.in.