COVID-19  In-depth info for Indians in Atlanta/Georgia. Click here
Home > Magazine > Features > Opinion: NOT ASHAMED OF BEING WHO I AM

Opinion: NOT ASHAMED OF BEING WHO I AM 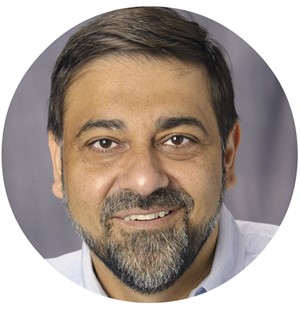 Over the decades, what Indians everywhere have been ashamed of is India’s inept government, says VIVEK WADHWA. Its leaders have focused on enriching themselves at the cost of bettering the country. They ruled in the same way as the British did: by dividing and conquering based on region and religion.

“Think of the starving children in India before you waste the food on your plate,” my friends’ mothers would say to them. This was in the 1960s in New York City, where I lived as a child. It was really hurtful and made me feel inferior. So were the taunts by the bullies about my being a “Hindoo” and “cow worshiper.” The only people who were treated worse than brown-skinned people were the African-Americans who were called “Negros.”

America has changed a lot over the decades. And as I got older I outgrew this inferiority complex. But I had to work harder than others and think smarter. I had to focus on my strengths and advantages—which included the depth of my culture, strong family values, and understanding of the world. I knew I would not get the same opportunities as my friends did, so I had to be better.

The taunts and negative attitudes made me stronger. They helped me develop a deeper sense of identity with India, the place of my birth. They brought me closer to my heritage and caused me to take pride in my roots. Most Indians who live abroad are also proud of their heritage; like me, they listen to Indian music, watch Bollywood films, savor Indian food, and maintain strong connections with family and friends back home.

That’s why I was surprised to learn that Indian Prime Minister Narendra Modi had said in Shanghai and Seoul that Indian expatriates were ashamed to have been born in India. This doesn’t reflect the reality.

Modi is usually much more thoughtful and balanced and I am sure that he knows better. Indeed, many of us of Indian origin see a lot of hope with him as prime minister of India. After decades of incompetent government, endemic corruption, and being held back by the shackles of socialism and communism, India finally has a chance to reinvent itself. The hope is that he will lead this transformation—without dividing India further along ethnic and religious lines.

Some Indian-Americans go to extremes to disassociate themselves from their heritage just as Louisiana Gov. Bobby Jindal does. Others still feel a sense of inferiority and focus on the negatives. So I don’t speak for everyone.

I do know that the groups of Indians that I socialize with and meet during my travels generally share my perspectives. They are usually loyal to the country to which they migrated but maintain their cultural identity. They benefit even in their adopted homes from the depth of Indian culture. They teach their heritage and values to their children.

In many ways, it is the second-generation of Indian-Americans who have the best of both worlds. In America, we see them flourishing in almost every field—from the executive ranks of leading companies to the pinnacles of academia. You will find Indians in investment banks; at the helm of one in six Silicon Valley start-ups; in top positions in journalism; and in the most senior posts at the White House. We see young Indian-American faces everywhere and they too carry with them the cultural values from India which they have assimilated and imbibed. You will often find them going back to India for vacation or to volunteer in an effort to connect with their roots.

An example is my son Tarun Wadhwa, an entrepreneur working in the area of clean water technology. As a second-generation immigrant, he connects deeply with his Indian roots. Despite having achieved success as a writer and researcher and founding a cybersecurity technology company in Silicon Valley, he gave all of these up to work towards bringing a plasma-based water sanitization technology that was developed in Chile to India. He believed he could better the lives of hundreds of millions people by providing them with inexpensive clean water. Growing up, he saw the toll that drinking contaminated water takes on the poor in India. He worked hard to convince industrialists such as India’s Ratan Tata, America’s Richard Merkin, and Mexico’s Ricardo Salinas to believe in his vision and to invest in the Chilean company, AIC, so that it could get its technology into production.

As parents, my wife and I are glad that our children are giving back to India and taking our ties forward. But what we are most grateful for is that America allows immigrants like us to be loyal Americans—yet take great pride in who we are.