COVID-19  In-depth info for Indians in Atlanta/Georgia. Click here
Home > Magazine > Features > Opinion: The Age of Trump: A Call to Compassion and Action

Opinion: The Age of Trump: A Call to Compassion and Action 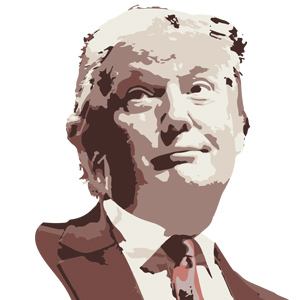 During this election cycle, it has been more difficult than usual to unplug from social media. It has been difficult to feel like things will be okay, and, indeed, there are many alarming warning signs as the Trump administration prepares to take office. Trump has questioned many of the basic norms of democratic society, such as freedom of religion, freedom of the press, and even the electoral system itself. He has threatened the rights of women, belittled disabled people, and suggested that religious and ethnic minorities should have their rights restricted. It should be said once more that Trump is not a normal candidate, and we should not expect him to be a normal president. I could make dire predictions here, but you have probably already conjured the nightmares in your own mind.

As I think about the Hindus in India and in the U.S. who supported Trump, some of them had business ties to the Donald, so it is not surprising that they would act out of self-interest. Others, I think, were motivated by anti-Islamic sentiment, which I think is unfortunate. “My enemy’s enemy is my friend” works very poorly as a political or ethical sentiment: when one ethnic or religious minority is threatened, all are threatened. A white nationalist or neo-Nazi (let’s stop quibbling over labels) only sees a brown person walking down the street: they do not see a Christian, a Muslim, a Sikh, or a Hindu. Most Americans honestly do not know the difference between these major world religions, so people belonging to minority faiths should act in solidarity with one another throughout what are likely to be trying times ahead.

The international situation also looks bleak. It looks as though Trump is set to weaken alliances around the world and undo the liberal order that has been in place since the Second World War. Another banking crisis looms on the horizon, stemming possibly from the weakness in Italy and the collapse of the euro. Courageous moral leadership on the political scene is at an ebb tide, as the institutions that have been in power over the previous decades now seem moribund and short-sighted. In the face of this worldwide uncertainty, we must brace ourselves and our communities for the chaos ahead. We must strengthen international, interreligious, and intercultural ties even in the absence of courageous leadership from our political systems. We must prepare to protect and defend the most vulnerable members of our society from the onslaught of cruelty and prejudice.

Those of us who have privileged positions in society, whether stemming from wealth, position, or education, should use our places to be strong voices for protection of the marginalized in society, realizing all the time that America has a checkered record, both at home and abroad, when it comes to supporting civil rights. We should not forget, even for a moment, that America was founded on the enslavement of Africans and the genocidal treatment of Native Americans. This country has always done the right thing, but only when forced to do so after decades if not centuries of struggle and activism. America will opt for freedom and democracy, but only when ordinary people raise their voices and demand to be taken seriously. The leaders of the United States must be vigorously held to account when it comes to respecting civil rights at home and abroad: otherwise, we can expect to see the rise of authoritarianism to continue unabated.

We must avoid the tendency to be guilty bystanders, people who see wrongs being done and yet say nothing. We must say something when mosques and temples are vandalized. We must object to the forcible harassment of women wearing the hijab. We must say clearly that we will not stand for the harassment of immigrants, no matter what country they call home. We should stop treating “amnesty” as though it were a bad word and demand citizenship for everyone who lives in this country. True citizenship is the only way to make sure that constitutional rights are respected and that the rule of law prevails. Contrary to the opinion of many members of Congress, it is not difficult to extend citizenship to millions of immigrants: just print them social security cards. Indeed, it is a moral imperative to do so and as soon as possible. So-called “illegality” is just a ruse to hide a basic hardness of heart and a narrow intellectual outlook.

Immigration has made this country a much more vibrant place to live, a much stronger country, both economically and culturally. We all must band together to make sure that the American dream is available to any and all who want to come here and make a contribution. It is simply unfair and arbitrary to restrict entry based on country of origin, religious status, or educational attainment. This land does not belong exclusively to white Americans or Christians or any other group. If anything, indigenous people have the strongest claim, but I do not see Donald Trump proposing the return of federal lands to Native American tribes. Such a move would be much fairer than any Muslim registry or internment camp, but it doesn’t seem to be gaining much traction in the Republican Party. If we are going to have a future as a nation, we must learn to extend goodwill and human rights to every last person in society. Otherwise, the American experiment doesn’t even make sense.

People of conscience may justifiably be alarmed at what has taken place over this election cycle, but, in a sense, we have also been called to an elevated sense of purpose. When things grow dark around us, we must cultivate the inner light. When we are told to fear our neighbors, we must, instead, widen our circle of concern. But that does not mean that we have to appease racism and xenophobia, to embrace those who deliberately hold retrograde views. We have an equal moral responsibility to speak the truth, even when it is painful or difficult to do so. We cannot simply stand on the sidelines and watch innocent people be bullied by thugs, whether they walk the corridors of power or the streets of our neighborhoods.

Our country works best when we have a truly engaged citizenry. For too long, we have been passive consumer drones, content to just click and drool. Now we must raise our voices and claim our power. We have to rise to the occasion and overcome adverse circumstances. Future generations are counting on us, our planet is counting on us, and so are untold millions of innocent people currently living in our country.

Make no mistake about it, we stand now on the edge of a precipice, and we have to decide if we are going to go over the edge or return to a place of safety. The place of safety cannot be found through silence or willful denial. It cannot be found by hoping not to offend, through duck-and-cover tactics. Our safety comes though solidarity with threatened members of society. It comes through courageous words and actions. It comes through fidelity to the values of caring and compassion.

We can get through the age of Trump, the age of post-truth, but only if we embrace what truly matters.

David Dillard-Wright is a professor of philosophy and religion at the University of South Carolina and a former United Methodist Minister. He is a Hindu by choice and author of the book, At Ganapati's Feet.