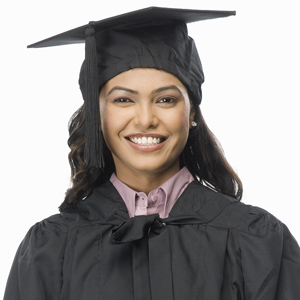 Creating Beta clones? Questioning the tendency to mindlessly push and package our children for college.

College counseling for eighth-graders—come again? I nearly choked on my fragrant ginger chai when I came across this news snippet. To elaborate, many Indian-American parents hire college counselors the summer after their child finishes Grade 8. Several parents, I understand, are willing to fork out over $25,000 for four years of force-feeding and application fattening to ready their child for harvest by top colleges. Is it time for a reality check?

A decade ago, when our high school senior was applying to colleges, an ex-admissions officer took a quick look at my daughter’s application and wrote me the following sorry note.

“The truth is, other kids (especially Indians) have the same test scores, the same (often exactly the same) extra-curriculars, and have taken more (I know—it seems unreasonable) AP courses and have done better. That’s just the nature of the pool. The fact is, as is the case for Chinese-Americans (whose parents came through Taiwan) there’s a weird anti-affirmative action going on. When the kids look so similar on paper, it becomes very hard for them to distinguish themselves, and no college wants its class to be homogeneous. The truth is, the most selective schools in the country have thousands of applicants who look just like her.”

In the race for the “best” college, we parents may have forgotten that what makes a child unique and interesting is exactly what makes anyone memorable in a roomful of strangers. In real life, that is how most people pick partners—and even handymen.

When our attic ladder spat out its spring and nail one morning in June on what was the second hottest day of the year, I called around for service estimates. Most of the men I reached intoned the same mantra: x dollars per hour, y dollars for every additional hour. But one gentleman, Don, a carpenter by trade, engaged in a conversation. He was the only one who asked me thoughtful, pointed questions about the ladder before giving me a quote. Before he hung up, he pressed me to consider him for the job. “Anything with wood is my area of specialty, trust me,” he said. The gentleman arrived home at 7 p.m. and my attic ladder was back in operation by 8 p.m. Don sold himself quickly by showing me how he was a fit for the job. He had the personal touch as well because he realized that with the attic open on such a day, the house would get very hot. Above all, I heard the passion in his voice for his work.

I realized that I’d rarely seen children from my community working in small businesses around town. Was this because those “blue collar” jobs sent a message to our children about what was “acceptable” in a community that equated success to college degrees and corporate careers?

The things that distinguish us are often the skills we’ve honed over many years—without regard to the end results. But more poignant than hard work or the acquiring of a skill is the randomness that often skews our lives. We are products of experiences that change us in some profound way. A chance encounter, a friend’s sudden observation, a mentor’s wisdom, a day’s hike up by the redwoods—or a job opportunity at a local store.

When my daughter was a few years into college, her friend asked her why she had never worked an odd job while she was in high school. He had worked at Starbucks as a barista. Working with people from many different backgrounds had exposed him to many who did not have his privileges. He felt their resentment sometimes, because they were putting themselves through college by working. It was also his first time reporting to someone who cut him a check. Along with a sense of responsibility came the most humbling lesson of the real world: the customer is always right (even when he isn’t).

When I heard this story, I was forced to confront my own biases. College counseling services are useful in the short term—to improve SAT numbers, and to work on specific skills—but they reinforced a limited definition of success when, in the real world, the road to success has many bylanes leading to it. Instead of finding ways to motivate our children, we jumped onto the college bandwagon—the earlier, the better. We tried to get our children to do what all the others are doing, fostering the clone mentality that epitomized our community.

By letting a consultant shape our child’s mind in his most formative years, we too became fearmongers, telling our ninth grader that he must pick this and drop that because that would impress a particular college, suggesting that he was an assembly line product to be shaped, packaged, and shipped. Unfortunately, outfits that package children over a four-year period are not much more than the Classic Car Wash shops located around the Bay Area. The end product is spanking clean. The interior smells nicer. But everyone knows there has been no engine overhaul.