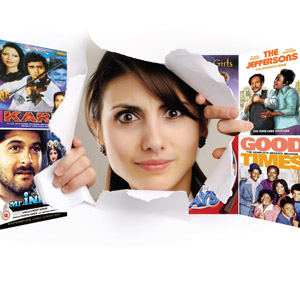 When SHARMILA SEN immigrated to the U.S. as a 12-year-old, it was a very different country. It was the early 1980s, with Ronald Reagan as the president, and the Indian population was just above 360,000. While Sen’s incisive memoir-cum-manifesto is an exploration of identity and assimilation, this excerpt gives us glimpses of her life back then. How does ‘race’ define you, she asks, when it was absent before you became an American?

In 1982, Kal Penn and Mindy Kaling had not even started kindergarten. Aziz Ansari and Lilly Singh were yet to be born. My three children see Priyanka Chopra’s face featured in advertisements for Quantico on the sides of buses these days. They follow Superwoman and Humble the Poet on YouTube. If you were a brown kid thirty years ago in the United States as I was, you knew it was pointless to look for someone resembling you on-screen—not just resembling you in complexion, but actually representing your reality, your plotlines. Brown people appeared rarely in leading roles. When we did get a bit part, we were always straitjacketed into narrow types. Occasionally, I caught a glimpse of Kabir Bedi on General Hospital and a flash of Persis Khambatta in Star Trek. I had to wait until the 1990s to see names like Naveen Andrews and Sarita Choudhury on credit rolls. Then came Aziz Ansari, Dr. Sanjay Gupta, Mindy Kaling, Hasan Minhaj, Parminder Nagra, Archie Panjabi, and Kal Penn.

Once Ma and I went to see a movie about the life of the Buddha. After the movie was over, she said, “Who was that handsome Indian boy who played the Buddha? I haven’t seen him before. Is he a new actor from Bombay?”

“Ma,” I responded, “that wasn’t an Indian boy. That was Keanu Reeves in brownface.”

We both walked out of the movie theater a little dejected. In the 1990s, even the Buddha was whitewashed on the American screen. 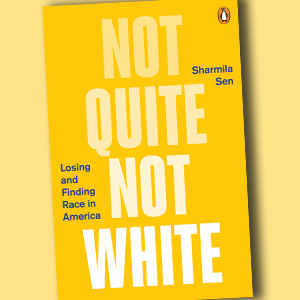 Guest appearances, part of a large ensemble cast— that was all we got in America for a while. There was one tiny exception, however. While playing with the channel knob, Ma and I discovered a local TV channel that broadcast an Indian variety program on weekends. It was hosted by a woman named Vimi Verma. Once a week, for thirty minutes, she returned us to the world of movies and songs we had left behind. My parents and I scheduled our weekends around this program. It was wonderful to hear Hindi words coming out of the TV, and to see scenes from old Hindi movies. Somewhere, we sensed, there were others like us in the United States. They, too, worked in American offices, wore American clothes, shopped in American supermarkets. But they missed the movies of Rajesh Khanna and Sharmila Tagore, of Dharmendra and Hema Malini, of Amitabh Bachchan and Rekha. Cable TV had not yet brought hundreds of channels from all over the world into American homes. Moreover, we could not have afforded a cable subscription back then in any case. We were content to watch the staticky screen and relish those beloved films. Fiddling with the radio dial, Ma came across a program hosted by a man named Harish Dang. Every weekend, Harish Dang played Hindi film songs on his program. When my parents saved enough money to buy a tape recorder, Ma diligently taped those songs directly from the radio and started building her own library of homemade Hindi film song cassettes.

After work, when Ma had finished cooking and tidying up, she would play those songs over and over again. It was our way of creating a small familiar space inside our new country. It was our DIY All India Radio.

We would have to wait a few more years before Ma and Baba had saved some more money to buy a VCR. I waited eagerly for the day when we would have our own VCR. I did not want to watch Hollywood movies on it. Despite all my attempts at Total Americanization, I still craved Hindi films. As soon as we bought that VCR, Ma and I started trekking out to Indian grocery stores in Central Square that rented VHS tapes of Hindi movies. Often these tapes were of terrible quality. They were pirated copies made by entrepreneurial Indians who knew that homesickness would make their customers forgive the fuzzy pictures and bad sound quality.

I kept all this a secret from my new friends at school. I did not think they would understand my need to watch Bollywood movies. Outside the home, I listened to the latest cool music. The Police, Pet Shop Boys, Fine Young Cannibals, Spandau Ballet, Tears for Fears, Roxy Music, Robert Palmer, Sade. I was going through an eighties British pop phase. I walked to Newbury Comics after school and looked at fanzines with my white friends. We talked about the latest records and the cutest new singers. At home, I spoke in Bengali and listened to Hindi music tapes. I built a secret palace for the Indian me inside my mind. A palace furnished with memories of another country and fueled by homemade cassette tapes and pirated videos.

Sharmila Sen received her A.B. from Harvard and her Ph.D. from Yale in English literature. As an assistant professor at Harvard she taught courses on literature from Africa, Asia, and the Caribbean for seven years. Currently, she is executive editor-at-large at Harvard University Press.