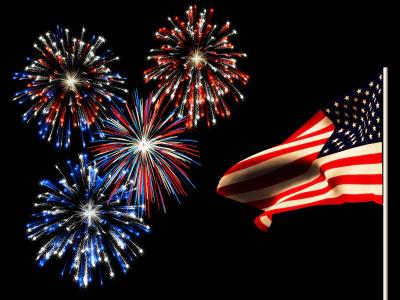 A Parsee Zoroastrian woman applauds the freedom of worship she enjoys in the U.S.—a freedom that was denied to her in her own motherland, thanks to social taboos of her community.

I opened my eyes and sat up in bed. It was the darkest, quietest time of night and my spouse lay deep in slumber beside me. Theoretically speaking, it wasn’t a nightmare that jolted me awake. Not the ones where your face is on a serial killer’s dartboard and your running would make Nike produce a pen from thin air and beg you to sign an endorsement deal.

I dreamt I was in an agyari, a Zoroastrian fire temple, just down the lane from my childhood home in Bombay, wearing a lemon yellow sari, with a scarf on my head, and attending a Zoroastrian prayer ceremony. Then he strode up. My father’s friend. And demanded to know what I, a woman married to a non-Zoroastrian, was doing in a place meant only for those of the faith. I don’t recall my exact words, but I know I laid into him as politely as my aggravation would allow me. And made my point. Which, simply put, was this: As a woman brought up in the Zoroastrian faith and one who still practiced it, nobody had the right to deny me entry based on whom I chose to share my life (but not my religion) with.

The dream ended there. And I found myself sitting up in bed. I closed my eyes and reflected on how grateful I was for where I now live. On waking up the next morning, I realized it was July 4th, and the significance of the religious freedom I now enjoy wasn’t lost on me.

Zoroastrianism, named after its prophet Zarathushtra or Zoroaster, is an ancient monotheistic faith that originated in present-day Iran, before the 6th century BC, and grew to be the state religion of the mighty Persian empire. Backed by the political power of pre-Islamic Iranian dynasties, the religion enjoyed immense prestige and some of its doctrines have been adopted by other major world religions. Already weakened by the invasion of Alexander, it came under serious threat when Islamic invaders pressured the local population to convert.

A small band of Zoroastrians who valued the freedom to practice their religion boarded boats and escaped Iran’s shores. These vessels landed on the west coast of India, with some scholars pinning the date at 936 A.D. Since that day, the Parsees, as these Zoroastrians settled in India are called, have made India their home. Small in numbers and large on public philanthropy, the community (predominantly focused in Mumbai) keeps largely to itself and enjoys respect and religious freedom in India.

It is ironic, therefore, that the same freedom of religious practice, for which they uprooted themselves to distant shores, isn’t afforded to its women who choose life partners outside of the religion. Neither they nor their children are permitted access to places of worship or disposal of the dead. Social excommunication, too, is frequent.

The choice of partner has little effect on men, as with patriarchal systems the world over. What the Parsee/ Zoroastrian community in India does to its women within the framework of this progressive, gender-equal religion is nothing short of tragedy.

I have, over six discontinuous years of living in America, often chafed at the incessant rhetoric of independence and freedom and rolled my eyes at what I believed was jingoism. It is only after my marriage and subsequent return to this country that I have come to realize that these very values grant me the life I want to live.

In America, as a Parsee Zoroastrian woman married to someone who is not, I am free to worship in largely the same ways as I did through childhood, granted access to places and community systems without being looked upon as a social pariah. My better half is warmly welcomed into the fold instead of being the subject of the suspicion and excommunication that frequently occurs back in a place I call home. In America, I am not called upon to choose between my identities as a Zoroastrian and a non-Zoroastrian man’s life partner. In America, I can attend a Zoroastrian priest’s discussion about rituals and symbolism, debate about my ethnic identity, and share a non-religious existence with my significant other, all in a day’s work, without feeling like any part of me is compromised, sacrificed, or rejected.

Ironically, I am not a religious person. Symbolism and ritualistic worship don’t typically cut it for me and I rarely engaged in either while living in India. But here, I partake because I can. Because I have the freedom to. Because somewhere else, in the land of my birth and heart, I must live my life in neatly exclusive containers, lest one spill over to the other and contaminate the purist xenophobia that coats my community.

It’s the stuff of movies, really, this waking up on Independence Day and realizing you are free. But reel life draws inspiration from our own, and this happened to me. And as I watched fireworks illuminate the sky later that night, a prayer mingled among them, sent by one woman who is deeply grateful for accommodation and acceptance in the Land of the Free.

[Dilnavaz Bamboat is a therapist and early educator who manages an inclusive preschool in Silicon Valley, California. Source: India Currents]