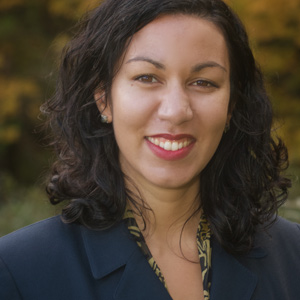 As Republicans and Democrats hold their big conventions this month—in Cleveland and Philadelphia, respectively—and the whole country braces for a brutal general election campaign in the fall, Khabar takes a look at three Indian-Americans who’re running for office. They’re all under 30.

The great-great-granddaughter of Sir Ganga Ram of Lahore began her career in Vermont politics in grand style. Kesha Ram was a 19-year-old student leader at the University of Vermont in 2006 when she was chosen to speak at a Bernie-Sanders-for-Senator campaign rally on campus. It was his first run for the Senate, and he brought with him Illinois Senator Barack Obama. 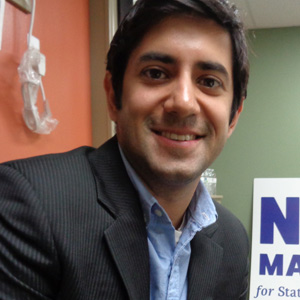 Neil Makhija, also 29 and a Democrat running for State Representative from Carbon County, Pennsylvania, has a far different story to tell. His father earned less than a dollar a day working beside his mother in a thread factory in Mumbai. His neighbors all chipped in to send him to Jai Hind College, where he studied to be a doctor. Eventually, he paid them all back.

“My father doesn’t talk about working in a thread factory. He is too busy working to talk much. He is an ob-gyn in Carbon County. He has to wake at up all hours of the day to go to the Emergency Room.” 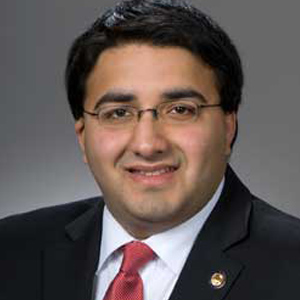 The father of 25-year-old Niraj Antani, the Republican State Representative from Dayton, Ohio’s solidly Republican 42nd District, was the more typical Indian immigrant. An engineering student from Gujarat, he found employment with Hewlett-Packard as a computer engineer.

All three of these under-thirty candidates have traveled to India, and all three, in different ways, have had it shape, or in Antani’s case, reaffirm their political outlook. “As a Conservative, I am happy, of course, the BJP is in power. That is certainly good for India.” Antani attended Modi’s address to the joint session of Congress last month.

Growing up, Ram was taken by her Lahoreborn father and grandmother to pay homage to Gandhi at the Lake Shrine, where some of his ashes were floated. “For me, it highlighted the path of nonviolence, one of the many paths one can take to change society. One of my four trips to India was to the World Social Forum in Mumbai, where I found myself working with leaders like Vandana Shiva and Arundhati Roy. The Forum was very Gandhian in spirit.”

Makhija, who as a politician from Pennsylvania’s 122nd Democrat-leaning district, and is keenly aware of his state’s problems with political corruption that has funneled many officeholders into the prison system, recalls an early trip to India, where a BJP uncle in his otherwise stoutly Congress family had been running for office. “Did you vote Kumar Uncle?” he asked one of his cousins. “Neil, of course I voted for him,” said the cousin. “He is family. I voted for him eight times.”

As second generation Indian-Americans running for office, each enters the electoral arena shaped by different strains of the American experience. In Antani’s case, it is Midwestern patriotism. The Ohioan is strongly influenced by Senator John McCain. “He talks better about being an American, and what being an American means, than almost anyone else.”

If for Antani, blending in and conforming was vital, Kesha Ram is squarely in the American tradition of free-thinking individualism. She was raised in Santa Monica, California, by a progressive Jewish mother and a Hindu father born in pre-Partition Lahore, who together ran an Irish pub and indulged her precocious political ambitions at age ten. She was influenced by her father’s public questioning of politicians, and his philosophical questioning of any authority, and her mother’s stress on having a strong female consciousness and a strong civil rights consciousness.

Her individualism that distances her from dogmatism enables her to reach out to young Indian politicians holding opposing views, such as Antani, and dialogue with the majority pro-Hillary faction of the Indian community. “I was at an Indian-American event where I brought some Vermont-made Bernie chocolate bars for people. Someone said, ‘Well, we all support Hillary here.” Someone else, who was younger, said, ‘Speak for yourself.’ Dialogue is important. We are not a monolithic community.”

Ram herself is not monolithic even in her support of Bernie. She will vote for Hillary in November with a clear conscience. “We really cannot afford to lose this election given who the Republican nominee is and his level of vitriol.”

Hailing as he does from Carbon County, Pennsylvania’s coal country where mining used to flourish, and where there are almost no Indians to speak of—“When my sister and I left for college, the Indian community here fell by 50 percent,” he jokes—Makhija is a strong regionalist. A former intern for Vice President Biden, he’s an unapologetic Hillary supporter and was an author of the Economic Recovery Act, also known as the Stimulus Bill. He transcribed Biden’s phone calls with Republican governors, many of whom refused, for reasons of party politics, to accept any money from the Obama regime.

One such governor was Pennsylvania Governor Tom Corbett, who turned down millions in rail and Medicaid funding. “Here is this huge bill, this once in a lifetime to boost the economy. It included money for rail funding. If our region had rail investment, it would change the whole economy of our town, where like in many parts of Pennsylvania, the railroad closed down. Pennsylvania didn’t even apply for rail funding.”

As a resident of Carbon County, Makhija found himself the recipient of the Horace DeYoung Lentz scholarship given by a coal magnate to any resident of Carbon County accepted at Harvard. Makhija got his law degree at Harvard. For this, his campaign material describes him as “humbly indebted to his community.” His regionalism, significantly, does not extend to energy: he strongly favors solar over coal. His path to the Democratic Party passes through his father’s rags to respectability story. If elected in November, he will become the first Indian-American legislator ever in the state of Pennsylvania.

“A lot of people gave up a lot of things for my father to get here,” Makhija says. “We’re not self-made men. Some people in our community are susceptible to the ‘Don’t tax me’ argument. But it’s important to understand we have a lot of other responsibilities to a lot of other people. Under LBJ, Congress passed the Immigration and Naturalization Act in the mid-sixties, making it possible for thousands of Indians to come here. Before that, the quota was only 100 Indians per year. It’s one of the main reasons I and a great many other Indians are Democrats.”

Antani, witness to a first hand immigration success narrative, at the center of which was a big American corporation, saw the Republican Party as redemptive as naturally as Makhija does the Democrats.

“The Indian-American community is very hard working, with the highest per-capita salary in the country. Conservative policies are obviously the most beneficial for our community.”

Then why, he is asked, does his community reject the Republican Party so massively?

“The Republican Party needs to do a better job at showing up in the Indian community, in getting candidates to speak to our groups,” Antani notes. We’re starting to see more of that now.” He points to his own candidacy as a sign of progress. “I am proof that the Republican Party does not only attract white people. My being Indian actually helped me get elected. People in Ohio want to see a more diverse party. I won 55 percent of the vote when I ran for my first term two years ago.”

An indefatigable party activist, Antani worked hard for the Romney presidential campaign in 2012, and again this year for the campaign of native son candidate, Governor John Kasich. Asked if he will now support Donald Trump, the state representative said firmly, “I have no comment.” Asked to comment on Trump’s slash and burn style of campaigning, he repeated, “I have no comment.”

Ram may be far to the left of Antani, but the Republican, as well as Makhija, her fellow Democrat, would agree with her assessment of why we are now seeing this rise in young Indian-Americans running for office.

“When you are an immigrant family that just arrived in a new country, you are going to focus first on your needs, on the need to survive and stabilize, to give your children the best education you can,” Ram says. “Only then do you think, how can I make a difference to the community as a whole? How can I expand my sense of self to include others? How can I make sure others are doing as well or better than myself? How can I help give them as well a shot at the American Dream?”