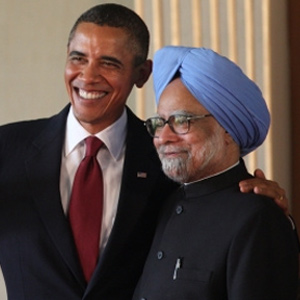 The state visit by President Barack Obama to India on Nov 6-8 was certainly needed. And it was crucial that the visit deliver. It did, spectacularly.

Over the past two years, many in India and even the United States have been concerned by a perceived non-attention by the U.S. administration towards relations with India. Though Obama hosted the first state dinner of his presidency last November in honor of India’s Prime Minister Dr. Manmohan Singh, it was largely seen more as a symbolic gesture than as something that would have significant impact.

Additionally, President Obama had then returned from a state visit to Beijing barely two weeks earlier, and the Obama-Hu joint statement issued from Beijing invited China to play a role in South Asian security—something which is anathema to Indian strategic policy. Not surprisingly, India viewed it as a slight.

Subsequent to Singh’s visit, the impression that America was not investing sufficiently in its India policy was only strengthened. It is in this background that the Obama trip to India gains importance.

In the months leading up to the visit, there was a flurry of activity to identify some “big-bang” issue that would take Indo-U.S. relations to the next level, and that could also erase the gathering worry in India that if something substantial did not come from this visit, then relations between the two countries may start to deteriorate seriously.

Apart from issues on which there are differences in Indian and U.S. foreign policies, especially relating to Pakistan and AfPak, three issues had grown to become irritants between the countries in the immediate lead-up to the Obama visit. The issues were:

Of the three, by the time Obama left India, the issue of outsourcing had been substantially mellowed down, while on the Headley case and the nuclear liability bill extended engagements will continue.

Obama’s visit was choreographed exceedingly well by his managers. On Saturday, the first working day of his visit, Obama’s address to the business community in Mumbai created a hugely positive response, with the announcement of deals worth over $ 10 billion with Indian companies. Obama could report back home that these deals would support over 50,000 jobs. The news created sudden awareness in America that India could help create jobs for Americans.

With the business component of the visit done, and well, Obama then moved onto the cultural, social, and policy agenda. On Sunday, his meeting with college students at St. Xavier’s in Mumbai, and the images of the first lady and president dancing with school children earlier generated a lot of goodwill. A question by a student—who asked why America hadn’t declared Pakistan a terrorist state so far—gave Obama a glimpse of the tough discussions that awaited him in Delhi on his AfPak policy.

The previous day, when he had paid a tribute to the victims of the 26/11 attacks at the Taj Mumbai, he did not mention Pakistan, and his rather circuitous answer to the student’s question had observers watching his press conference and parliament address in Delhi the next day very keenly.

Obama’s arrival in Mumbai on Saturday, the day after Diwali, ensured that his engagements in Mumbai on the holiday weekend got maximum exposure. People were mostly home watching TV, and all the TV channels dedicated virtually their entire programming to his visit.

Obama’s continuing references to Mahatma Gandhi in Mumbai, and then later in his address to the parliament, were a refrain that showed him to be a man who genuinely believed and respected Gandhi, and won him many hearts in the country.

Landing in Delhi on Sunday afternoon, Obama was greeted at the airport by Prime Minister Singh and his wife, in a break from protocol. The dinner on Sunday evening, hosted by the Prime Minister, was an exclusive affair, and importantly gave a chance for a 45-minute private, one-on-one discussion between Singh and Obama before the dinner. This meeting would have touched on key aspects of U.S.-India relations, as well as furthered the personal relationship of the two leaders.

Official meetings on Monday and a joint press conference by the two leaders around noon were awaited with much interest in India. Meanwhile, the U.S. administration had started talking about a permanent seat for India on the UN Security Council in their press statements over the past few days.

The joint press conference on Monday afternoon evoked not very clear or firm replies on Pakistan, and the Security Council seat, and Obama asked the media to wait till his speech at the parliament in the evening. Thus, America was systematically building up expectations from the speech.

Obama’s speech to the parliament on Monday evening was excellent, in oratory, and substance. And his endorsement for India’s bid for a permanent seat on the Security Council did come, acknowledging India’s rise as a global power. Additionally, Obama also touched on Pakistan, asserting that terrorist havens would not be allowed in Pakistan.

By endorsing India’s bid for a permanent seat in the Security Council, Obama took U.S.-India relations, in one bold stroke, to an altogether new level, while also winning plaudits from India.

While the visit has been described as an outstanding success, and relations between the two countries are now in a new phase, observers in both India and America realize that much work will still need to be done, and the relationship will not be without differences of opinion and divergence of interests in the years ahead.

While supporting India at the Security Council, America will expect India to align on issues like sanctions on Iran, and other global developments. India may not be fully comfortable doing that.

Another big and unresolved area is defense. With India’s defense needing a lot of modernization, the United States is eager to become India’s preferred supplier. Along with the market, America would like India to work closely on regional matters. On both counts, there is significant hesitation in India. Several military pacts for inter-operability of forces and logistical support were not signed even though the U.S. administration tried hard to achieve closure on these agreements.

Going forward, this may become a bigger irritant, especially if America tries to promote large-ticket defense deals to India, since it is only large defense deals that can create 5-10,000 jobs at a single shot in the United States. If India continues to hesitate and move slowly that could create frustrations for America. Both countries need to examine this matter carefully.

Obama also announced the removal of high-tech sanctions on some Indian organizations including ISRO, the Indian space agency, and the defense R&D establishment, the DRDO. Though a significant step, there are yet some other entities who remain on the blacklist. Once again, this raises mistrust. In order for tangible trade in high-tech areas, America must make efforts to establish its credibility as a stable supplier, without the cloud of any sanctions in the future.

By lifting the sanctions, and by inviting India for the first time to a meeting with nuclear weapon states to discuss disarmament, Obama continued to hit the right notes in India.

Other areas of cooperation the two countries discussed were education and agriculture. A high-level education summit is being planned in Delhi early next year with Secretary of State Hillary Clinton, and other collaborations are being discussed. Several university presidents accompanied Obama during the visit.

In agriculture, the two countries are looking at food security, not only in India, but also in the South Asia region and Africa. The Obama administration realizes that to fight the breeding grounds of terror in the AfPak region it also needs to address food security and poverty in these areas. Other collaborations envisaged are in using satellites for weather forecasting and flood warnings.

No analysis of Indo-U.S. relations can be complete without the mention of China. Obama’s trip in any case had China on the agenda during his subsequent meetings at Seoul. America is also looking to diversify its procurements from China, so that the Chinese challenge does not keep growing in strength. India as a mass manufacturer could help in some re-balancing.

India’s issues with China, while mostly bilateral, are also regional. Apart from machinations on India’s eastern borders, China, which occupies a part of Kashmir ceded to it by Pakistan, plays a role in the AfPak theatre. Obama’s wars in the AfPak region will not succeed unless China vacates the Kashmir regions, which it occupies along with Pakistan.

If the Kashmir issue has to be resolved, which the U.S. administration believes is key to its success in Afghanistan, then the regions occupied by Pakistan and China must be made peaceful, violence-free, democratic, and economically developed. One hopes that these matters would have been discussed in the private one-on-one between Singh and Obama.

In a subtle reference to the Chinese matrix, Obama in his speech at the Indian parliament said that India must not only “look East,” but also “engage the East.” Maritime disputes provoked by China are riling countries from Japan to Vietnam, and America needs India’s heft to counter the power games that China may be playing. In fact, Obama’s trip to India, Indonesia, South Korea, and Japan was also touted as connecting an “arc of democracies” to shore up counters to China.

With the civil nuclear deal done, and support announced for India’s seat at the UN Security Council, what could be some other big-bang items that could have a lasting impact on the economies of both countries, and on the global theatre? There are two clear projects that hold such grand potential.

A thorium partnership between America and India will be even bigger in scope and ambition than the civil nuclear deal. The United States needs to shed its fossil-fuel dependency, and India has over 30 percent of the world’s thorium reserves that can be used to generate nuclear energy. However, the technology is not industrial grade yet. A partnership could make thorium-based power a reality within five to seven years. America could then have assured fuel supplies, and India can be the Saudi Arabia of the twenty-first century.

Most importantly, using thorium as nuclear fuel will vastly mitigate the dangers of nuclear proliferation. Thorium (as opposed to uranium) fuel does not generate waste that can be used for the making of nuclear or dirty bombs. As the world moves to nuclear energy it is critical that atomic power plants in, say, Egypt, run on thorium rather than uranium.

Dr Anil Kakodkar, the immediate past chairman and doyen of India’s nuclear program, is passionately and urgently arguing that India and the world must immediately switch to thorium for these reasons.

The other compelling initiative is the NSS-Kalam initiative to generate space-based solar power. The project will use satellites with huge solar panels to generate electricity, and transmit to locations on earth. On a very minor scale this is already happening. Many satellites that beam the TV programming to our homes use solar energy to power their transmissions. NSS, the National Space Society of the United States, and former Indian President Abdul Kalam are championing this project.

While efforts were made to bring the thorium deal as an agenda item in the Obama meetings, the topic was not considered in official discussions. The coming months could see progress. Similarly, the NSS-Kalam initiative is planning a major conference early next year to promote action on the harnessing of space-based solar power.

A range of matters—from the mundane, to the acrimonious, to the grand—now confront the two countries as they embark on a relationship that is warm on an unprecedented level. The Obama visit will go down as a landmark in the history of twenty-first-century India.