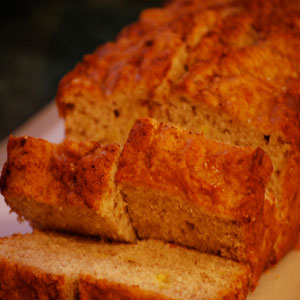 Being a vegetarian at home was not a problem; my time-honored Hindu family had made the decision for me: “Thou shall not kill for food.” But then I moved to upstate New York to attend college, and the menu on campus was mostly meat, with a few canned vegetables. When eventually I moved out of the dorm, I was motivated to experiment with ingredients and recipes to create nutritious and flavorful dishes, and I became interested in creating recipes for those with further dietary restrictions due to health or ethical issues.  A Vegan Diet
A vegan diet contains no animal products at all; no meat, no dairy, no eggs. Some vegans believe that humans do not need to exploit animals for food. Other vegans question the non-sustainable use of farmland to raise animals instead of growing plant foods. The food activist Frances Moore Lappé frames it this way: If we all eat more beans, more people can have beans. Some health conscious people promote a vegan diet for its health benefits. A balanced vegan diet is recommended by health practitioners to address cardiovascular and other illnesses. Dr. Neal Barnard, President of the Physicians Committee for Responsible Medicine, advises a vegan diet for staying healthy. A traditional diet in India was packed with nutrient-rich, disease-fighting legumes and vegetables, but the modern Indian vegetarian cooking has been influenced by Western diets, filled with oil, high-fat dairy, and other unhealthy ingredients. Although many Hindus follow the ritual of not eating animals, many use (and abuse) dairy products, which can be as unhealthy as meat. Vegetarian Indians suffer from Western diseases that are linked to a high consumption of animal products. The cuisine of India already uses a variety of vegetables and grains. Therefore it can be easily incorporated into a vegan lifestyle.  Gluten-free Diet
We Indians love bread, “the staff of life.” Back home, women make fresh roti for the family every day to enjoy piping hot with meals. These rotis are made from millet, corn, wheat, or other grains, the most popular being wheat. Indian wheat breads are world famous for their flavor. Currently many people here and in India are discovering that they suffer from Celiac disease which is associated with eating gluten. Gluten is a protein that is found primarily in wheat, rye, and barley. It is the magic component of wheat that makes bread rise and makes it spongy. Common symptoms of gluten intolerance include abdominal pains, headache, and skin rashes. Gluten sensitivity can vary. Some people can eat a small amount of gluten with no adverse effects, but suffer if they eat more. Others cannot consume any gluten at all, and must even avoid anything that is made in a facility that processes grains that contain gluten. Whether one has a known gluten allergy or not, avoiding gluten can have other health benefits, as much of the gluten in our diets comes with other unhealthy ingredients. Most crackers, cookies, pastries, and breads are made with an abundance of processed flours, fats, and salt. However, some home-made versions of these foods can be healthier. Here are two recipes to try; both are vegan (without meat or dairy) and gluten-free (without wheat or gluten).  Homemade Green Corn Tortillas
Tortillas are delicious and easy to make. Here I have incorporated some leafy greens to make them colorful


and increase their nutritional value.


a few tablespoons of oil

Mix the masa flour with the salt, chopped greens, and jalapeno peppers. Add the warm water a small amount at a time to form a dough that is neither sticky nor dry. Cover the dough and let it stand at room temperature for about 40 minutes. Divide the dough into 10 small pieces and compact each piece using the hollow palms of your hands.
Set them aside. Then, using two pieces of waxed paper, or a small amount of masa flour on the surface of the
counter, roll each piece into a five to six inch disk. Heat a heavy skillet or griddle on moderately high heat. Gently place a tortilla on it. Turn it after a minute to
cook on the other side for two minutes. Turn it again, spread a small amount of oil over the surface, and cook for another minute. Turn and spread the oil on the other side. The tortilla is ready when it shows a few speckles on both sides. Serve with rice and beans or dal. Note: You can roast the tortillas without oil, but adding a little amount of oil while roasting makes them


soft and easy to store.

Generously oil the sides and bottom of a 9” or 10” cast iron pan. In a large bowl, sift the rice flour with the baking powder using a flour sifter or a sieve. Add the corn meal, garbanzo flour, and salt. Stir the mixture well. In a separate small bowl, whisk the liquid ingredients briefly. Combine the wet and dry ingredients, stirring only as much as necessary. Add more water, little at a time, to create a batter that is a bit thicker than a pancake batter. Spread the batter evenly in the greased pan and sprinkle a little oil on top. Bake the corn bread for about 45 minutes or until the surface seems dry and when a fork is inserted, it comes out clean. Turn the oven to broil and cook for just a few minutes longer to allow the surface to become golden brown, being careful not to burn the bread. Serve this bread hot with vegetables for a nutritionally complete meal. Add rice or beans as desired. The corn bread also goes well by itself with the afternoon chai.

Shanta Nimbark Sacharoff, author of Flavors of India: Vegetarian Indian Cuisine, lives in San Francisco, where she is a manager and co-owner of Other Avenues, a health-food store.