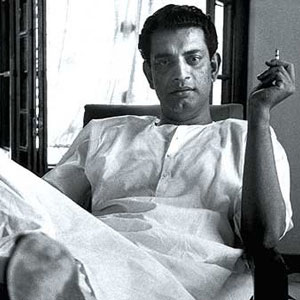 In the Bronx, where I grew up, young boys brought home stones from the streets instead of mysteries. When I was eighteen, I went to the Apollo Theatre in Manhattan, and brought home a country: India.

I had just been to see Pather Panchali, Satyajit’s Ray’s first film. In that era, an odd breed of New York teenagers saw foreign films and labored through subtitles to come away with rejuvenating doses of art. My favorite films from that time were the neo-realist classics of Vittorio De Sica, Bicycle Thief and Umberto D, set amidst the poverty of post-war Italy.

But nothing prepared me for Ray’s scrawny village in Bengal, and especially for Indir Thakrun, the ancient, abused, shrub-like auntie of Ray’s poor Brahmin family. Could any actress possibly look like this?

For many Americans, Pather Panchali was their first glimpse of India’s poverty. For me, it was something else:  the silence of the village, its dark, leafy spaces, the dreamy gentleness of the man of the house, Harihar, and his two children, Apu and Durga, running through the grass to see the train that whistled across Bengal and through the vastness of India.

The train whistle evoked for them and me the mystery of the larger world and all its loneliness. It still does. The door Satyajit Ray opened for me that day never closed. It was not just the door to India, but the door to our humanity. In his essay, “A Long Time on the Little Road,” on the making of Pather Panchali, Ray writes about working with Chunibala Devi who plays Indir Thakrun: “How can you make a woman of eighty stand in the hot midday sun and go through the same speech and the same actions over and over again while you stand by and watch with half-closed eyes and wait for that precise gesture and tone of voice that will mean perfection for you?”

Over the years, I saw every film of Ray’s that came to New York, read every word about him I could find. It took a while for me to realize that Bengal wasn’t India, and that Ray wasn’t the Indian film industry. I don’t recall when I first heard the word Bollywood, but it must have come as a big surprise to me.

There are people we know all our lives who only marginally affect our lives. And sometimes, there are people we don’t know at all who find their way to the center of our lives. They are what I call intimate strangers. Satyajit Ray is the intimate stranger of my life, still there after so many others I once knew are gone. After seeing Pather Panchali, it was thirty-eight years before I actually saw India. What took me so long? I think I feared India as much as I longed for it. The intimidating enormity of it. How to keep from getting thrown off balance by it, from getting completely lost in it?

Fifty-two years were to pass before I finally made it to Calcutta, the city of Satyajit Ray, the city of Apu, the grown-up writer from Apur Sansar (The World of Apu), the last in the Apu trilogy, and the one that meant the most to me. I see it at least once a year since it was first shown in New York. I have changed a lot since then, but Apu has never changed. I will repeat here what I wrote once: Just once, I would like to see him climb out of his black-and-white orbit and read to me parts of his novel that he threw, page by page, with robotic hands, from a mountain top. Apu’s wife died in childbirth and Apu’s life as a writer died with her.

To be in the city of Satyajit Ray meant always having to remind myself I was in the city of Satyajit Ray. It was not that his presence was hard to locate. Quite the contrary. His long, craggy face with its fierce nose, gazed up at me from the film magazines of the street vendors along Park Street. His Feluda detective novels for children jammed the shelves at the Oxford Bookstore. Whenever I walked to the Kali Temple, I passed a small cinema with its poster of the unashamedly aged Soumitra Chatterjee, who for me is frozen in time as the young Apu in his little flat with his flute and his ill-fated novel.

For this pilgrim that flat, more than anything, was Satyajit Ray’s Calcutta. While searching for it, I was told by a young film director that that flat was not even in Calcutta. It was somewhere outside the city. “That’s very funny,” I said, but he was the only one who was laughing. Actually, it was funny to walk the packed, raucous streets of Calcutta, and to remember the all but empty, oddly quiet streets of Apu’s Calcutta. The extension of the filmmaker’s solitude. The artist’s city, the city that nurtured me, sprang from Ray’s creative heart and was not built by stones. It was built to tell the story of a young writer who grew old while still young, and discovered his true self, and in turn was discovered by a young writer in the Bronx, who himself has grown old, and who sits in his little flat, wondering about Satyajit Ray and how time passes.