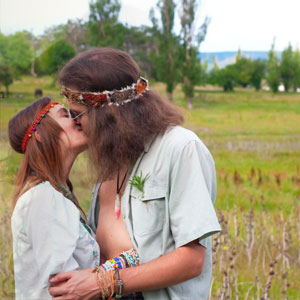 For most Indians who came of age in the ‘60s and ‘70s, the contrast in sexual mores between Indian and American culture couldn’t have been starker. It comes as a surprise for many Indians to learn that traditional American culture was also quite conservative on the matter compared to what the Woodstock era would suggest.

Several years before I was born, a legendary baseball player named Joe DiMaggio retired. From the 1930s and into the early 1950s he played baseball for my favorite team, the mighty New York Yankees. In a sport that often rewards brute power, rough play, and tobacco-spitting grit, he rose above the commonplace and earned his place in the Hall of Fame by playing the game with grace, style, and regal dignity.

His legendary career might have been just a bucket of cold statistics to me, save for the music of Simon & Garfunkel. In 1967, at the very height of America’s sexual revolution, their song “Mrs. Robinson,” written for the sexually charged movie The Graduate, rose to the top of the national charts. Halfway into the song they sing:

Where have you gone, Joe DiMaggio? Our nation turns its lonely eyes to you.

As a young boy, I misunderstood and thought that Simon & Garfunkel wished for Joe to improbably return to the bumbling 1967 Yankees and help return them to glory.

But no, that is not what they meant.

In the fall of 1967, I grab a jar of pennies, my transistor radio, and a shoebox full of baseball cards and walk across the street to the basement of a two-story home where my friends Rob and Ed have been patiently waiting. A new kid to the neighborhood, David, has decided to join our small group. I turn my radio on, we place our first bets, and Rob deals the cards.

In less than an hour, David is nearly out of pennies, but he doesn’t care.

“I brought some magazines we can look at,” he says, as he reaches into a paper bag to pull out copies of Playboy magazine. “I got them from my older brother.”

The card game is forgotten.

I open the magazine, see the glossy photos of “the girl next door,” know that I am looking at the forbidden, but continue anyway.

I turn to an article and read that a “sophisticated man” is one who understands that sex is simply a physical act between two consenting adults and wonder: Will I ever evolve into such an impressive specimen?

I have many questions, but no one to ask. My parents were born before women could vote, our priest is a distant and cold “thou shalt not” figure, my biology teacher is obsessed with paramecia, and I’m not about to ask my three sisters.

My sex education, like tens of millions of other American kids, will come “from the streets.”

In 2013, Sherlyn Chopra poses for Playboy and calls the unveiling an “achievement.” Aging Hugh Hefner, the founder of Playboy, is close to building a Playboy club in Goa. Despite these cultural pressures, only 15 percent of Indians between the ages of 15 and 24 receive sex education beyond the universally admired paramecium. The Indian government talks about sex education programs, religious leaders exert their pressures, parents protest, and nothing gets done.

Am I living a past life, or what?

Academic Kristin Luker calls the American sexual revolution of the 1960s as disorienting and historically important as any of the revolutions in our nation’s history. In the blink of a decade, we went from “good girls don’t” to new norms, perfectly captured in the pop expression of the era—“If it feels good, do it.” These changes would redefine our notions of family, marriage, and relationships.

For perspective, let’s first travel to the turn of the last century and America’s first and lesser known sexual revolution. According to Lewis Terman, 50 percent of the men and only 13 percent of the women born before 1890 were sexually active before marriage. Between 1890 and 1900, the numbers increased to 58 percent and 26 percent, then to 66 percent and 50 percent for those born from 1900-1910. Stories about birth control, divorce, and prostitution began to appear in newspapers and magazines.

“It is sex o’clock in America!” one unnamed editor warned.

Much of the social changes of this era can be attributed to the Industrial Revolution. America was rapidly shifting from a rural economy—where life was hard, hours were long, and unsupervised time nonexistent—to an urban one, where money, spare time and anonymity allowed women and adolescents much greater freedoms. With a paycheck in hand, women felt and acted more independently. Married women started asking their husbands to treat them as equals—in all aspects of marriage.

Men, on the other hand, continued to act like boys. Their behavior was so shabby that there was even talk of legalizing and then regulating prostitution, just like in France.

In 1913, in response to the moral erosion and the growing problem of sexually transmitted diseases, a group of American leaders formed the American Social Hygiene Association. Its purpose was to educate the public about venereal disease, to control and prevent its spread, and to emphasize safe sex within the context of a marriage and solid family values. They also wished to equalize the relationship between a husband and wife. To accomplish this, they worked on elevating the morals of the husband to match those of his more virtuous wife.

It did not happen. Sure, the equalization part happened, due to the 1960s sexual revolution, but not because men turned into virtuous women, but because virtuous women earned the right to act like men.

The seeds of the 1960s sexual revolution can be found in the dissatisfactions of the 1950s. Women, many of whom had held responsible jobs while men were fighting in World War II, felt pressures to forget the intellectual challenges of the workplace, raise the family, and delight in their husbands’ achievements. The anger built—as it does for different reasons for gays and blacks—and in the 1960s, the American streets exploded in protest.

The drive for sexual equality for women was hastened by the invention and availability of the birth control pill in the early 1960s. With the fear of pregnancy removed, women could behave like men, and enough did to reshape mainstream culture. Sex is redefined— for some—as a recreational event between two consenting adults, a staggering departure from the 1950s view that it is a sacred event between a husband and wife.

Is it any wonder that vibrant democracies, with their accompanying mixtures of race, religion, and culture, struggle with the matter of sex education in the classroom? The debates are bound to be loud and consensus very hard to reach.

Not so many years ago, as part of my leadership responsibilities with the Presbyterian Church, I led the Sunday night programs for our high school students. One evening, the topic was sex. I did not choose the topic. The minister gave it to me. There is no way I would have chosen the topic.

“Use these videos to kick-start the discussions,” the minister said, as he left the church.

I had known the dozen or so kids for years. I knew their parents.

The young men and women would not let me put the videos in the VCR. They had real questions and wanted real answers.

“How many of you have had your parents talk to you about sex?” I asked.

No one raised their hand. For the love of God, why me?

“We will begin with the paramecium.”

“We don’t want to talk about paramecia!”

I said what I had to say. I was too conservative, too grounded in my parents’ values and religion to stray too far from those core messages. But I was also practical, I was not without my own experiences, and knew that even in this elite group of privileged young men and women from good homes, mistakes would be made.

Years later, when I learned that two of the girls and their boyfriends did not make good decisions, my stomach turned.

Much has been achieved, thanks to the sexual revolution of the 1960s. Disappearing stigmas related to divorce, equal rights for gays, and equality between the sexes are all positives. But there are days when I think about those two girls, consider the number of single-mom homes, and want to return to those simpler times when Joe DiMaggio ruled centerfield for the New York Yankees with grace, style, and regal dignity. Those days were illusory, not as happy as they appeared, but it doesn’t matter anyway, because as Simon & Garfunkel would sing, “Joltin’ Joe has left and gone away.”