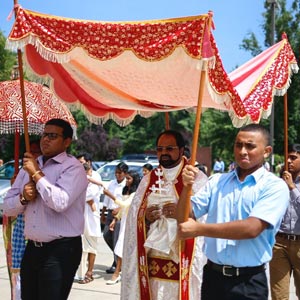 Roots, outlooks, political alignments, and how they might differ from American Christians.

The roots of Indian Christians date back centuries, some to the time of St. Francis Xavier in the 16th century, and some even to the first century AD when St. Thomas, a disciple of Jesus, brought Christianity to India with an emphasis on love and goodness.

According to a 2012 Pew Research Center report, 18% of Indian-Americans are Christians. As an Indian American Christian, a psychiatrist, author, and documentary producer on religion and psychiatric issues who has lived in the U.S. from 1975, I believe that we mirror the demographic makeup of Indian-Americans in general—a group that the same Pew Research Center has recognized as highest in both household income and education levels. About 70% of us aged 25 and older have college degrees. Our outlook, to the extent there is a singular, unified one, provides an enlightening and integrating perspective at a time of cultural conflicts, extremist tendencies, and fragmentation in the USA. 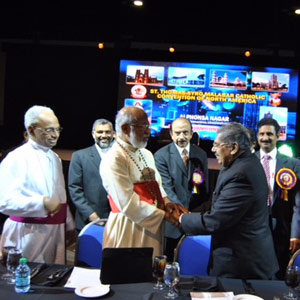 Politically, we stand in contrast to mainstream conservatives—the bastion of Christianity in America. A large majority of us are Democratic leaning (Pew Research pegs 65% of Indian-Americans as Democrats). In my experience, whether Democratic or Republican, Indian-American Christians are not extremists, with rare exceptions. Factors like a high level of education, connections to people of different views in their social contacts, exposure to media (say, beyond Fox News), and foreign travels help us avoid extremism. In contrast, as per my observations in my psychiatry practice, many of our counterparts in the mainstream live in echo-chambers.

Pew Research showed 11% of us are Protestant and 6% Catholic. These two have many subgroups which foster their special group identity by religious and secular activities. In many cities there are ecumenical functions involving various subgroups.

Both Catholics and Protestants by and large seem to admire Pope Francis who emphasizes living by conscience, religious harmony, love, goodness, compassion, peace, and environmental protection. The basis for such a perspective comes from the Sermon on the Mount by Jesus, which emphasizes peace and goodness, and was very dear to Gandhi ji. 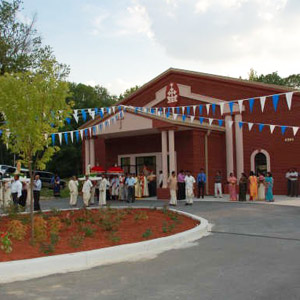 Christianity in Kerala enjoys 2,000 years of harmony with other religions—Hinduism and Judaism from the first century and Islam from the seventh century. St. Thomas Christians, for example, integrated much of the Indian culture and philosophy, showed no anti-Semitism (there were no views like Jews as Christ killers), and when the shrine in memory of St. Thomas was opened in 1953 Muslims took a leading role in the celebrations.

Our perspective generally differs in many ways from the perspective of many Christian groups in the U.S. that dismiss scientific understanding of the age of the universe, climate change, and evolution. Also, Indian-American Christians are better informed about and not prejudiced or fearful of other religions. We reject religious extremism. While we have our loyalty to our Christian faith, our particular denomination, and our Indian and American identities, we are able to integrate these pieces with the broader human identity. It enables us to be fair to other religious groups.

We have prospered and built many churches of various denominations. There are 18 such churches in Georgia. Early exposure of children to our culture continues to have an influence even as their perspective changes.

However, I do feel that in our material quest in America, and avoidance of the challenging search for greater meaning in life, we may be losing our focus on deeper spiritual growth and final integration. I would use the teaching and example of Thomas Merton (1915-1968), an American Catholic monk who acquired great knowledge about various religions, and wrote many profound books, including an insightful one on Gandhi ji. He had a mystical experience when he visited the Buddhist Holy place in Sri Lanka. Merton taught us to transcend cultural limitations and “grow and be transformed, reborn to a new and more complete identity, and to a more profoundly fruitful existence in peace, in wisdom, in creativity, in love.”

Thanks to our many blessings, Indian-American Christians could be a special beacon of light in a world with a lot of dark religious forces.

Based in Birmingham, Alabama since 1979, Dr. N. S. Xavier grew up in Kerala, did medical school in Gwalior, and psychiatric training at the University of Virginia. He is an author on religion and psychiatric issues. His documentary The World’s Most Enlightening Region shown at the Parliament of the World’s Religions is scheduled to be shown on Alabama Public Television on December 29, 2017 at 8 pm and December 31 at 1pm.