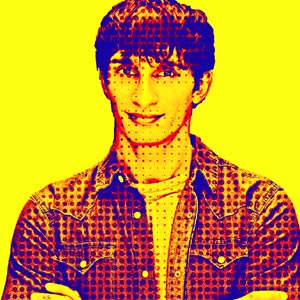 Badar Shahid, an actor and filmmaker based in Atlanta, moved to the United States from the United Arab Emirates when he was nine. His parents’ peripatetic lifestyle had him study in four high schools but all along he dreamed of a career in the arts. His latest short film, Last Lesson, won Best Local Short Drama at the Atlanta Underground Film Festival.

What drew you to filmmaking?
I was always an artistic and imaginative child who enjoyed stories. I read a lot but also grew up on Disney and Hindi movies. [I had] a strong desire to be in a creative field and knew film was the right medium for me.

Did you have any precedent in your family or role models you can lean on?
My mother is artist and has a talent for painting, but I am the first in my family to get a degree in film and pursue a career in the entertainment industry.

How did that go down with your family?
They didn’t like it at the time because they worried it was the life of a struggling artist. They were like “Turn your TV on. How many Indians do you see? How many Pakistani people do you see?” If they were there, they were a joke, to be laughed at.

What were your early struggles like?
I knew acting roles for me would be limited. I was told years ago by an agent that roles are not being written for actors who look like me and that I should think about going to India or Pakistan for a film career. I decided to study film at Savannah College of Art where I was exposed to all areas of the production process. I learned my strengths and weaknesses, but used that knowledge to write, direct, and act in my first short film, Maya’s Soldier.

Do you feel things are changing now?
It is changing but not quite there yet. I feel like a lot of the people that are getting the big roles now are either already established stars from overseas or comedians. I’ve been lucky to be cast in a few things. But it’s still limited. Things are changing. I wouldn't have been able to do the things I'm doing ten years ago. 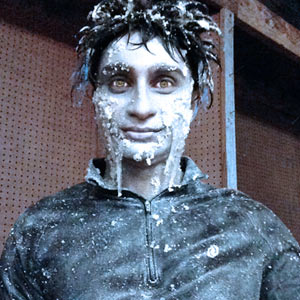 (Left) A still from ​ Goosebumps.

Do you worry about being typecast? I think it was Riz Ahmed who said that he would only be cast as a terrorist for a long time.
You as an actor have to create opportunities for yourself, and I think that's where people are empowering themselves and taking control, where they're writing their own material, funding it, and casting themselves to show, “Okay, you've seen me do all this, but you haven't seen me do this work and here I am.'

How did you get cast in Identity Thief, the Melissa McCarthy movie?
My role in the film was that of a cell phone salesman at a kiosk where Melissa McCarthy makes a purchase. I remember submitting my headshot and resume to any agencies and castings I would find online. One of these castings received my information and contacted me about a role. The filming was taking place in Atlanta. Coincidentally, I worked very briefly as a cell phone salesman at a mall. That might have worked to my benefit. The film was a joy to work on and Melissa was very sweet and kind.


What is the new film Last Lesson about?
Last Lesson is my second short film. It tells the story of a woman, Olivia, who fires her son’s piano instructor, Carmen, after finding out she is a lesbian. When Carmen’s attempt at reasoning to continue her lessons fail, she confronts the mother about her ignorance and hypocrisy. [As well as winning an award in Atlanta, the film has been chosen by the Kansas International Film Festival.]

What are your plans for the future?
I’ve been working on an outline for a feature film script. I have an idea for a story which, if done right, will be entertaining and informative. I have art department assistant skills and will continue to build on that work through opportunities that come my way.

What lessons can younger South Asians learn from your experiences?
Persistence is important in anything you do and you can’t give up. I am aware I have chosen a competitive field, but competition exists in every occupation. If you are waiting for someone to help or discover you, you are wasting your time. You must be willing to put yourself out there and showcase your talents.