Technology: Is Moon Travel Within Reach? 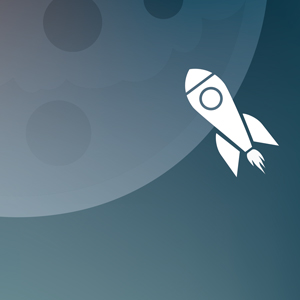 A tiny start-up from India, with no experience in robotics or space flight, was a $1 million Milestone winner of the Google Lunar X Prize.

Five teams competing for the $30 million Google Lunar X Prize have just been awarded a combined $5.25 million for meeting significant milestones in developing a robot that can safely land on the surface of the moon, travel 500 meters over the lunar surface, and send mooncasts back to the Earth. A tiny start-up from India, Team Indus, with no experience in robotics or space flight, just won $1 million of this prize. It stood head to head with companies that had been funded by billionaires, had received the assistance of NASA, and had the support of leading universities.

The good news is that governments no longer have a monopoly on space exploration. In two or three decades, we will have entrepreneurs taking us on private spaceflights to the moon. That is what has become possible.

What has changed since the days of the Apollo moon landings is that the cost of building technologies has dropped exponentially. What cost billions of dollars then costs millions now, and sometime even less. Our smartphones have computers that are more powerful than the Cray supercomputers of yesteryear—which had strict export controls and cost tens of millions of dollars. We carry high-definition cameras in our pockets that are more powerful than those on NASA spacecraft. The cameras in the Mars Curiosity Rover, for example, have a resolution of 2 megapixels with 8GB of flash memory, the same as our clunky first-generation iPhones. The Apollo Guidance Computer, which took humans to the moon in 1966, had a 2.048 MHz processor—slower than those you find in calculators and musical greeting cards.

That is why Team Indus was able to compete with companies such as Moon Express, which has the backing of several billionaires and received key technologies from NASA to help it get its start; Astrobotic, which is a spinoff from the Carnegie Mellon University Robotics Institute; and Israel-based SpaceIL, which has the backing of the country’s top research institutes. The Bangalore-based start-up was founded by a former IT executive, Rahul Narayan and four of his friends: an Air Force pilot, a marketing executive, an investment banker, and an aerospace engineer. Neither company had experience in building spacecraft or robots, yet they were able to build technology that could navigate to the moon.

Narayan says he expects completion of his space mission to cost around $30 million. Moon Express chief executive Bob Richards estimates $50 million. These numbers are higher than the $20 million prize that they hope to win. But both see far greater opportunities: they hope to be pioneers in what could be a trillion-dollar industry. Richards is looking to mine the moon for minerals and bring them back to Earth. Each payload could be worth billions.

The Google Lunar X Prize has 26 teams competing from around the world. Collectively, they will spend in the hundreds of millions of dollars on their efforts. For them, it is not all about winning the contest; many of the losers will still commercialize their space technologies or put their knowledge to use in other fields. This is the power of such competitions. They lead entrants to spend multiples of the offered purse on innovative solutions. And they motivate people outside the industry, such as Narayan, to enter it with out-of- the-box thinking.

Innovation prizes are not new. In fact, a number of celebrated historical feats were made possible, in part, by the desire to win these prizes. In the 1920s, New York hotel owner Raymond Orteig offered a $25,000 prize to the first person to fly non-stop between New York and Paris. Several unsuccessful attempts were made before an American airmail pilot named Charles Lindbergh won the competition in 1927 with his plane, The Spirit of St. Louis. Lindbergh’s achievement made him a national hero and a global celebrity. And it sparked the interest and investment that led to the modern aviation industry.

That is what I expect will come of the Lunar X Prize. And that is why I am looking forward to booking my round-trip ticket to the moon one summer in the 2030s.

This column also appeared in The Washington Post. Vivek Wadhwa (www.Wadhwa.com) is a fellow at Rock Center for Corporate Governance at Stanford University, director of research at Center for Entrepreneurship and Research Commercialization at Duke, and distinguished fellow at Singularity University. His past appointments include Harvard Law School, University of California Berkeley, and Emory University.