The Death of American Exceptionalism 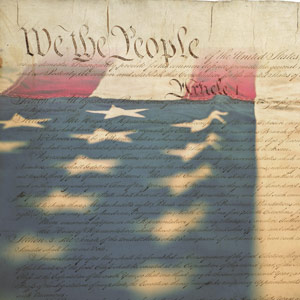 One thousand years from now, what will historians say about America?

Will they write that we were a greedy, self-serving, and indifferent people who believed that they were uniquely ordained by God to press their way onto a resentful world, or might they write that our land, founded on the extraordinary notion that the common man could govern himself, became an inspirational beacon for the oppressed peoples of other lands?

One thousand years from now, what dates might the historians assign to the era of American dominance? Is it already over.

I am too much of this land and culture to not believe in America’s Exceptionalism. To be sure, we Americans are no “better” than any of the world’s other peoples, but our freedoms, opportunities, and form of government are most assuredly so, at least to me.

Where else might I wish to live if not here? What other countries offer such freedoms of speech and religion? Where else can a poor person become rich, or the President?

To America’s next generation of leaders, the answer is “everywhere else.”

According to a recent Pew Research poll, just 15% of Americans between the ages of 18-29 believe that the United States “stands above all other countries."

How can this be? Am I crazy? Don’t be so quick to say “Yes!” As part of their worldwide study on American Exceptionalism, when Pew asked people from 15 of the world’s most populated countries to name one country other than their own that most represented “the land of opportunity,” only one country—India—had the United States as their first choice. Eureka! I have company!

This topic of American Exceptionalism was a lot less confusing when I was a young boy during the late 1950s and mid-1960s than it is today. Take one of my favorite television shows, The Adventures of Superman.

At the beginning of every episode, the baritone- voiced narrator thundered that Superman represented, “Truth, Justice, and the American Way." What child would not want to whoosh in and right the wrongs of the day? And Learn that the American Way was a supplement, a required add-on, to truth and justice?

The nuns at Holy Trinity Elementary School provided the same certainties and assurances as Superman. I learned that the Roman Catholic Church was the world’s one true religion and that the Pope, in matters of church doctrine, was perfect. Such a privileged boy I was to live in the best country and to be a member of such a near perfect church! During my childhood, America’s standing among the world’s peoples was never higher, and the ranking was most assuredly earned.

In the early 1940s, when all of Western Europe had fallen to the Nazis and large swathes of Asia were controlled by Imperial Japan, it was my dad and millions of dads like him who risked their lives to save Europe from Hitler, and Asia from Imperial Japan, and they did. Moms like my mom worked in the war factories, tended to their children, and prayed for their husbands’ safe return. In the PBS television series, The Roosevelts, we hear both President Franklin D. Roosevelt, and his wife, Eleanor, pray for God’s help and blessings. With religious faith, American optimism, and military might, the Greatest Generation saved the free world.

Nearly all of my friends can recall similar influences that led to their own beliefs in American Exceptionalism. But when we came of age, for reasons attributable to the debacles of the Vietnam War and Watergate, we lost trust in our government. Today, just a slight majority of my generation believes in America’s Exceptionalism.

We will now consider world views of American Exceptionalism, using the non-partisan book, America Against the World: How We Are Different and Why We Are Disliked, by Pew Researcher, Andrew Kohut, as our guide. Here is the first question: Would you agree or disagree with the statement, “Our people are not perfect, but our culture is superior to others."

Sixty percent of Americans answered “Yes.” Does that sound high? It shouldn’t!

According to the survey results, the people of Japan, the Philippines, Turkey, and India all hold more exalted views of their cultures than we Americans do of ours. Oh, my dear Indian-American friends, could you please lower your noses just a bit?

On the other end of the spectrum, not a single European country achieved 60%.The woe-are-we French came in at 30%. In short, we Americans are no more obsessed with our land than others are of theirs. It is Europeans that represent the exception to world norms.

The same holds true in regards to religion. According to Pew, Europe believes that we Americans are too religious, that our “primitive beliefs” have an undue and unhealthy impact on our government’s policies. Pew found little hard data to support the European view. It is the non-religious Europeans who are “exceptional” to world norms. Americans are less religious than most Asian countries. Most Americans have no interest in pushing our faith on other lands.

But what about the belief on the part of some that we wish to impose the American Way onto a resist- ant world?

Is it really our fault that many in the world want to eat at McDonald’s, sip Starbuck’s coffee, and watch Hollywood movies? The appeal for these products is not too different from the appeal for Indian spices in Europe during the later medieval times. According to the Pew Research data, the default disposition of the average American is to ignore the rest of the world. When asked in 2004 which of 19 potential foreign policy problems should get top priority, we ranked “promoting democracy” eighteenth. As a people, we are more concerned with solving our own problems than spreading our “superior culture." Our default attitude is one of, “Well, this American system works for us, maybe it will work for you."

But to be clear, misperceptions or not, we are a disliked people.

A majority of the world’s people believe we are greedy, violent, and not to be trusted. Only four in ten Canadians feel we are trustworthy. Muslim nations are fearful of our military might, including 71% of Turkey’s citizens. Turkey is a United States ally!

Why is this true?

Pew Research polls indicate that strains of distrust of both the American government and its people began in the early 1980s during the presidency of Ronald Reagan. This iconic president, for better and for worse, made it clear that we would “go it alone,” if and as needed. In the last three decades, all of our presidents have taken actions that anger and sometimes frighten the world community.

As a country we are famous for thumbing our noses at the world community and organizations like the United Nations. It is not, yet, in our genetic make-up to trust central authority.

“It is up to you,” my dad would say to when I was a young boy, meaning that my life’s success would depend on my decisions. He would tell my three sisters and me that we better study hard or else we might end up in a miserable “government poor house." To my parents, to accept a check from the government was the same as saying, “I am not capable of taking care of myself."

Our preference for personal freedom and accompanying distrust of government safety nets does make our country very unique among the populations of wealthy nations, and puts us at odds with all of Europe. Yet, one in three surveyed countries favor individualism, often by even larger margins than in the United States. Kohut concludes:

In short, Americans are different from other peoples on many counts. But most of these differences do not portend a widening rift with the rest of the world. Despite the current negative image of America, its people and policies, there is broad global acceptance of the fundamental and political values that the United States has long promoted. Its free- market model and democratic ideals are accepted in all corners of the world.

In the next decade or two, a new generation of Americans will be in power. Just a hunch, but I believe my daughter and her friends will be better world citizens than my generation, and better stewards of our planet’s resources as well. The times, as the influential folksinger Bob Dylan once sang, and as we have seen with our generational views of American Exceptionalism, are indeed a changin.’