Tribute: Sridevi, a Star for the Ages 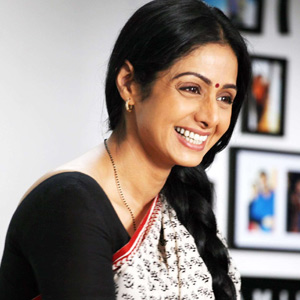 Sridevi’s untimely death at 54 shocked legions of fans, but her cinematic legacy lives on. She was arguably Bollywood’s first female superstar—somebody who didn’t need a male co-star to carry a film. Sridevi’s popularity can be gauged from the fact that her funeral procession in Mumbai was the biggest one for a star since Rajesh Khanna’s death in 2012.

When Amitabh Bachchan tweeted in the intervening night of February 24 and 25, that he could not understand why but he felt a strange sense of unease, nobody, neither he himself nor anyone else, must have been prepared for what was to follow a few hours from then. A shell-shocked Bollywood, rather all of India, found itself trying to come to grips with the unbelievable news of the sudden and untimely death in Dubai of one of the most loved and admired actresses of our times, Sridevi. “I hate God for killing her. And I hate Sridevi for dying.” Director Ram Gopal Varma’s impassioned cry of anguish surely echoes what every movie buff must have felt that day. While initial reports said that the actress died of a cardiac arrest, the forensic report later revealed that she accidentally drowned in her hotel bathtub after she lost consciousness. 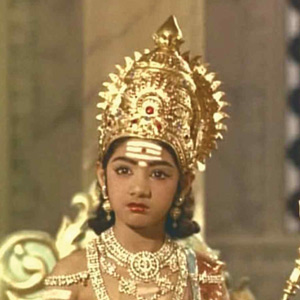 (Right) Making her debut as a 4-year-old.

Sridevi’s success in Bollywood is even more remarkable in view of the fact that being a South Indian, she did not speak a word of Hindi until her 20s. In fact, Sri, as she was fondly called, started acting in films when she was just four, debuting as the God Murugan in the Tamil film Thunaivan in 1969. She was 54 when she breathed her last, which meant that she had completed half a century regaling her audiences with the 300 films in five languages that she acted in!—barring, of course, the 15-year hiatus she took after marrying Boney Kapoor, her producer of many films and brother of well-known actor Anil Kapoor.

Sridevi made her Bollywood debut in 1975 at the age of 12 in Julie where she played the heroine’s sister, but her first adult role was in the 1979 release Solva Sawan, the Hindi remake of the Tamil film 16 Vayathinile, in which she also starred. However, it was in the 1983 release Himmatwala (a frothy romance opposite Jeetendra) that she caught the public eye. But the tabloids were quick to dub her Thunder Thighs, an epithet that stuck, till Sadma was released later the same year. Sri, who played a child woman, a patient of retrograde amnesia in the poignant film, was instantly recognized as an actress who could emote as well as she danced. Then came the science fiction fantasy and cult classic, Mr. India which actually propelled her into the big league. The talented performer’s show-stealing role of a feisty journalist earned her Rs 1.1 million, which in 1987 was the highest fee ever paid to an Indian female star. 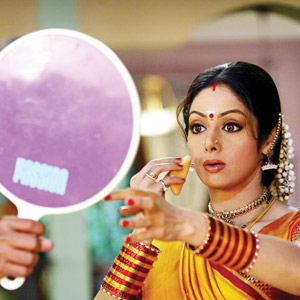 It was not long before Sridevi became a Yashraj heroine, with audiences loving her in Chandni, a triangular love story, and Lamhe, the latter being a movie way ahead of its time—in which she had a dual role, of mother and daughter, both in love with the same man at different points in time. Among her other memorable films were the comedy ChaalBaaz—the cheeky rain dance number “Na jaane kahan se aayi hai” stands out in memory even today—and Nagina. No one else could have played her half-woman, half-snake character in Nagina with such seductive aplomb as she did. She looked her most gorgeous opposite Amitabh Bachchan in the 1992 release Khuda Gawah. 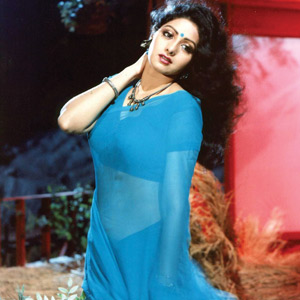 (Left) Mr. India propelled her into the big league.

What made Sridevi even more charismatic was that her real life persona was a complete antithesis of her celluloid image. Known to be painfully shy and quiet off-screen, Sridevi’s directors and colleagues recall how, once the cameras rolled, she would magically transform into her onscreen character. Drama, dance, rollicking comedy, loud as well as underplayed emotion, there was nothing Sridevi was not at ease with, and it all added up to an electrifying screen presence. Combined with the undeniable oomph and the mix of innocence and mischief in her huge, expressive eyes, there was a rare dignity. Who can forget her graceful, sensuous moves in “Kaate nahi kat te ye din ye raat,” the erotic rain song in Mr. India, or her terrific mimicry of Charlie Chaplin in the same film. No wonder her Mr. India director Shekhar Kapur says she was “the most exciting actress I ever worked with.” While filming the iconic “Hawa Hawai” number, says Kapur, he was in a dilemma: he didn’t know whether to take close-ups of her face to capture those incredible expressions or long shots to capture her dance moves! 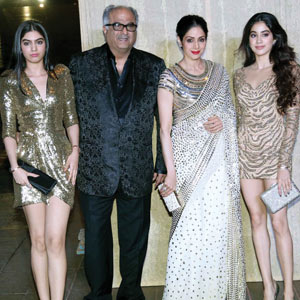 Sridevi with her family.

After Judaai, which was produced by Boney Kapoor, Sridevi took a break from films, got married, gave birth to two daughters and took on a role that she embraced—of a devoted wife and a doting mother. Sri had said then in one of her rare interviews, “Marriage and having children was a different experience altogether, and I wanted to cherish every moment.” 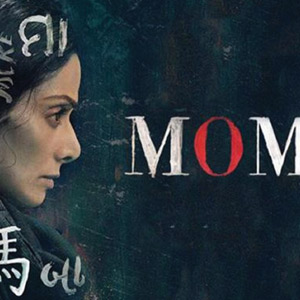 Apart from some TV shows between 2004 and 2009, the heartthrob of millions returned to films after 15 years with English Vinglish (2012), and it was clear that Sridevi had lost none of her charisma, acting prowess, and grace. In 2017 came the thriller Mom in which she played a woman out to avenge her stepdaughter’s rape. It was turning out to be an exciting second innings for the veteran star but sadly, it was not to be. The last we will see of her will be as herself in Shah Rukh Khan-starrer Zero. 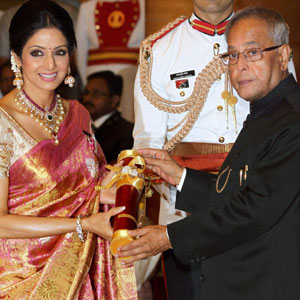 A celebrity’s death always triggers speculations, and Sridevi was not spared. It was said that the pressure to always look young, slim, and beautiful made her undergo several cosmetic surgeries, which eventually took their toll on her health. While that may be partly true, one cannot say anything with certainty. Death comes when it has to.

As her elder daughter Janhvi gets ready for her Bollywood debut with the film Dhadak, she will surely miss her mother, who groomed her for her big break.

A tearful Kamal Haasan, Sridevi’s friend and co-star of Sadma said on hearing of her passing away, “Sadma’s lullaby [“Surmayee ankhiyon mein”] haunts me now. We’ll miss her.” He has spoken for all of us.

Gitanjali Chak is an India-based journalist and the longtime host of Bollywood Buzz in Khabar.