Youth: How Writing Cured My Anxiety 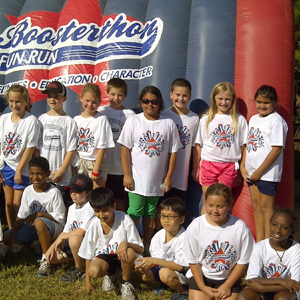 Many immigrant children experience racial discrimination and stereotyping from grade school, long before they can even spell those words. An aspiring young writer describes how she used her skill to fight social anxiety and discover her calling in life.

“I thought all Indian people were poor and couldn’t afford nice things,” said a fellow 2nd-grader, as I reached for biryani and a metal spoon from my vivid, glittery, Ariel-themed lunchbox. During the summer, I had thought up dozens of conversation starters to use during a lull in chats with classmates. These included a variety of jokes, puns, and interesting facts about the world at large. Never in a million years, however, could I have known how to respond to such an unnerving remark. This was the start of my social anxiety.

As a child of immigrants from India and an immigrant myself from Canada, I was an Alien, both literally and figuratively. Many factors worked against me, causing my social anxiety to overshadow my personality. I was one of just a handful of ethnic children in my elementary school. I had above-average height for my age. With the appearance of a “Jolly Brown Giant,” fitting in, let alone making friends was almost impossible. Almost.

As I was the only person of Indian origin in my class, I was perceived as “naturally talented.” In other words, I was smart—not because of my hard work, but by virtue of fitting into the stereotype of all Indians being “smart.” I was always put into group “A” as opposed to group “B,” not because I was “naturally gifted,” but because I had a genuine passion for learning and absorbing knowledge. However, because of this, many of my peers teased me for being a “goody-two-shoes” or “teacher’s pet.”

At my elementary school, like many others across America, reading skills were highly valued—so valued in fact that they had turned the very concept of reading into a cutthroat, high-stakes competition. Every book read equated to a certain amount of Accelerated Reader (AR) points, depending on the level of difficulty of the given book. The points could be either cashed in for a prize at the classroom store, at the end of each week, or saved up, until the end of each semester, to attend the exclusive class party. To the majority of my fellow classmates, the concept of reading books for points was tedious and not worth the effort. For me, however, it was different: reading drew me into a space where I felt accepted, and drew strength. In short, when my classmates were finding their first loves on the playground, I was finding mine at the library: reading.

Although reading was my first love, it was not the spark that ignited my passion for writing. Having read all the books in my class library, I was out of things to do. My teacher suggested a variety of mad libs, Sudoku puzzles, and brain teasers to spend my time on. However, finishing a row or two of Sudoku just did not match up to completing a few pages of a Judy Blume novel, so I opted out of the games. I then decided to take up art and drawing, but because of my complete lack of artistic ability, I opted out of art as well. I finally took to writing. At first, I composed a series about a superhero dog named Super Bones who essentially saves the day in a variety of odd and humorous scenarios. Soon, I transitioned to history-influenced short stories as well as poems.

Writing allowed me to connect with peers who would otherwise have ignored me simply on the basis of my culture, religion, and race. Writing not only made me “valid” in my peers’ eyes, but it also made me a sort of J. K. Rowling of Riverside Elementary. This validation of my works made me feel accepted and, over a period of time, boosted my self-confidence. Gradually, instead of letting my perceived intelligence become my downfall in terms of social acceptance, I made it my strength.

The short stories I wrote—no more than 10 pages each and consisting of simple sentences—gave me insight into the choice of my future career. Miraculously, writing also helped me heal from social anxiety. While this anxiety stemmed from my classmates’ attitude, my desire to pursue a career in writing now is not because I want to prove a point or make my peers feel irrelevant. The truth, I believe, is that my peers were simply ignorant of my culture and background. My goal, while hopefully becoming a successful writer, is to educate and tell stories about my culture to those who are unaware of its richness. By this, I hope to create a world where there’s more room for love and less for hate and prejudice.

Ironically, opposition to my chosen career comes from the very quarters where you would think I’d find support: my very own Indian community that prizes and respects STEM-based careers above all other fields. This mindset is mostly prevalent among older generations for whom a stable career leading to success was tied to STEM-based professions. For them, the risks involved in pursuing a profession in the creative arts are not worth taking; because of this, careers in these fields are not thought of as “successful.” Added to this, the stereotyping of the Indian community in the media further hampers the community’s transition to a mindset that is more accepting of careers in creative fields. While there are a few prominent Indian names today in the arts—Hassan Minhaj, Aziz Ansari, and Tan France come to mind— the percentage of Indian-Americans in these spheres is microscopic. Despite a few prominent names like Mindy Kaling, Chitra Divakaruni, and Jhumpa Lahiri, the presence of Indian-American women in the arts is even smaller.

The pressure from parents and the extended family—in my case, to follow in my cousins’ footsteps— as well as pressure to fit into the stereotype of the successful Indian-American, both impose huge amounts of stress on young people, affecting their mental and physical health and self-esteem. Under these circumstances, sadly, many in my generation have chosen to fall in line with their family’s expectations instead of a career of their dreams. One hopes that with time, family acceptance and support for alternative careers will grow in the community, as more and more Indian-Americans venture into creative fields.

As for me, it may appear that pursuing such a risk-laden calling—coupled with the fear of being socially rejected if things go awry—is disastrous for my anxiety. Not so. Fear of failure fuels me to work harder; but more than that, having an inspiring vision for success is something I have always loved. It makes me strive even more. The impact that writing has had on me can only be described as life altering. To the profession that has given me so much, including healing my anxiety, I am filled with gratitude and eternally in its debt.

Shivani Patel is a junior at North Gwinnett High School, is interested in a career in journalism, and had interned with Khabar magazine in summer 2019.