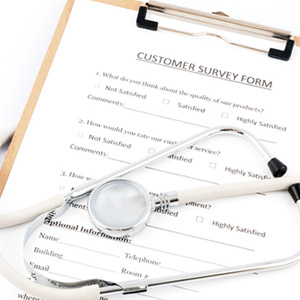 The South Asian population of metro Atlanta has tripled over the past ten years, to now approximately 100,000, including people mainly from the following countries: India, Pakistan, Bangladesh, and Sri Lanka.

In spite of this significant growth in the South Asian population, there is limited data on the health issues that the community faces. Little attention has been given to programmatic prevention efforts to better understand and address the health and well being of the South Asian community. The general belief about the South Asian population in the U.S. is the Model Minority Myth, which refers to the minority group achieving a higher degree of success than the population average. Unfortunately, access to quality health care is not necessarily easy within the South Asian community. Several factors such as language barriers, cultural barriers, navigating the health care system, and poverty are some of the possible causes for health disparities between South Asians and mainstream Americans.

Reality Check
An equal number of males and females responded, and almost 75% of respondents or families had health insurance. It is no surprise that the prevalent health concerns stated in their family members or in their community were diabetes, hypertension, high cholesterol, and heart disease. Other concerns stated were weight related issues, arthritis, and increased stress level. While the overall personal health status reported by the respondents ranged from excellent to good, only 40% said that they exercise for at least 30 minutes one to three times per week. Half of the respondents were unaware of the health services provided by county health departments, but there was an overwhelmingly positive response that there is interest in learning more about eating better, getting involved in physical activities, and ways to reduce stress.

Where the rubber meets the road
The survey’s findings led to implementation of various initiatives to improve the overall health of the South Asian community and to start a dialogue about making health care more culturally competent. Public-private partnerships have been created to increase awareness about chronic health issues and mental health issues, and to provide forums for participation in preventive care and health screenings. Under development are culturally specific training materials, effective methods to navigate the health care system, methods to provide information on available resources, and methods to create a support structure for people in need. The role of faith-based organizations is also recognized in creating effective health initiatives in the community.

Local government and community collaborations
In the past two years, the Fulton County Division of Health Promotion has taken these steps:
1. Collaborated with Raksha and others to lever- age resources with American Cancer Society,
2. Partnered with the Hindu Temple of Atlanta (HTA) for the following:
• As part of the national competitive team on ‘Collaborate for Healthy Weight’.
http://www.nichq.org/who_we_are/in_the_ news.html?id=71
• Fulton Interfaith summit had the President of HTA on the panel
http://youtu.be/eDn5col-RcQ,
• As part of the Fulton Interfaith coalition
www.interfaithfulton.org,
• Informational session at the Triregional Health Summit,
http://triregionalsummit.org/category/featured-speakers/,
• Made presentations at the HTA on chronic disease prevention,
• Made presentations at the Atlanta Interfaith Broadcasting (AIB) TV,
3. Collaborated with Indian American Cultural Association to conduct a diabetes panel discussion
http://www.iacaatl.org/recap-diabetes-seminar-festival-of-india-2013/,
4. Collaborated with Guajarati Samaj to disseminate health educational materials,
5. Made a presentation on the Affordable Care Act to Raksha event attendees,
6. Made a presentation on chronic disease prevention to North Druid Hills Rotary Club.

The old saying ‘Prevention is better than cure’ is still good in this era of fast paced family and work life. The importance of sharing health knowledge, collaborating, strengthening relationships, and creating a support system for the South Asian community cannot be overemphasized. Fulton County is attempting to connect the dots so that preventive health services are easily available to South Asian Americans. Will you join in?