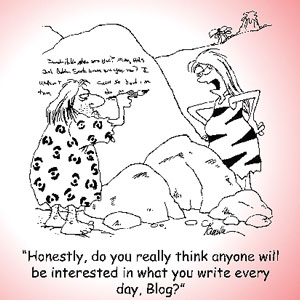 What raises eyebrows at the IRS?

Are you one of those taxpayers worried about being audited? The fear may be overblown—according to Internal Revenue Service data, just 1.6 million taxpayers were audited in 2011. The agency reviewed about 1 percent of returns sent in by taxpayers making less than $200,000, and no more than 12 percent of millionaires had their returns scrutinized.

Still, no one likes extra stress courtesy of the IRS. Self-employed individuals seem to be magnets for audits—in fact, IRS data indicates that people who work for themselves and earn from $100,000 to $200,000 yearly are five times more likely to get a second look from the agency than the typical employee.

Let’s look at some red flags that might get you extra IRS scrutiny. (We’ll end on a positive note—you or someone you know might be eligible for an unexpected federal tax refund from 2008.)

A Schedule C that hints at some odd bookkeeping.
Schedule Cs get a close look annually as the IRS seeks to remedy the tax gap (the difference between federal taxes owed and federal taxes paid). As Schedule Cs are often filled out by solopreneurs and small business owners themselves, the chances increase for claiming substantial deductions that may be hard to substantiate.

Taxable income of $1 million or more. Millionaires work with accountants for a reason. Generally speaking, returns prepared by tax professionals raise far fewer red flags than DIY ones. If you will make around $1 million this year, look back at the first paragraph of this article and consider whether or not it might be wise to defer some potentially taxable income into 2013.

Bad math. Calculators are readily available and they can be as crucial as software when it comes to filing your federal return. The IRS does spot mediocre mathematics in returns. It has even recalculated taxes to save people money in years when special tax credits were available, such as the Making Work Pay credit. However, it also finds unreported and underreported taxable income through the same scrutiny. In fact, the IRS found 4.2 million math errors last year on tax returns for 2010.

Huge deductions. Is your money-losing small business venture truthfully just a hobby? Did you really  donate $4,000 worth of office supplies to a charity, and do you have the receipts to back that up? The IRS routinely checks returns for deductions that seem outlandish.

Living large. Does the IRS peruse social media? Yes it does, just as many people do. The IRS has done good detective work for years; its investigators know to check out DMV and employment records to get a better picture of an errant taxpayer. Today, photos and posts on Facebook, MySpace, and Twitter can telegraph potentially valuable nuggets of information, particularly about young taxpayers who have come into wealth that their returns don’t seem to show.

If you’re reading this, you’re paying more attention than many others. That claim really isn’t so grandiose—a staggering number of Americans pay scant attention to their federal taxes. According to the 2012 Taxes and Savings Survey from Capital One Bank, 11 percent of American taxpayers choose to file at the last minute. For that matter, about 5 percent of Americans (that’s 7 million people) don’t file federal returns at all—and in some cases, it isn’t just because they don’t earn enough taxable income.

P.S.: You or someone you know might be eligible for some money. The IRS has more than $1 billion in unclaimed refunds just waiting for U.S. taxpayers who didn’t send in federal tax returns for the year 2008. The IRS estimates that the median such refund is $637. Are you or someone you know eligible? Visit this webpage for more information: www.irs.gov/newsroom/article/0,,id=254725,00.html. If you are eligible, you must file a 2008 federal return (and put it in the mail) ASAP.

Moneywise is hosted by Rajesh Jyotishi with Shalin Financial Services, Inc. Rajesh is an investment
advisor representative of Resource Horizons Group, L.L.C., a registered broker-dealer, and a member
FINRA/SIPC. Advisory services are offered through Resource Horizons Investment Advisory. Rajesh has
been in the insurance, investments and financial planning field since 1991. He can be reached at 770-
451-1932, ext. 101 or at RJ@shalinfinancial.com.