Finally, a debt deal gets done 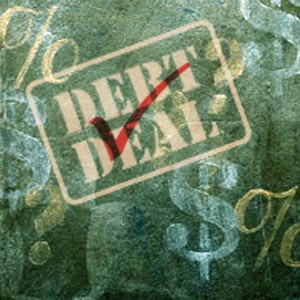 Here are the particulars of the Budget Control Act of 2011.

The Budget Control Act of 2011 is poised to become law—just in time to meet the August 2 Treasury deadline and reassure world financial markets. The framework of the new law is complex and shows that both Democrats and Republicans can claim some victories.

The federal deficit will be reduced by at least $2.1 trillion. That figure comes from the non-partisan Congressional Budget Office. The savings will be realized over a decade ... although it isn’t yet clear where the bulk of the cuts will be made.

A bipartisan committee of 12 will have to recommend between $1.2 trillion and $1.5 trillion in additional federal budget cuts by November 23.


The debt ceiling will be raised by up to $2.4 trillion. It will be raised incrementally from the current $14.3 trillion level, dependent on a series of triggers: