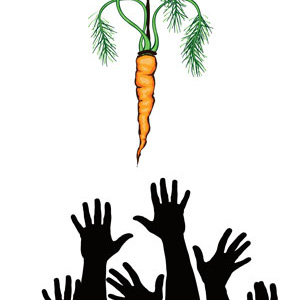 Many readers of this column may have read or heard about New Jersey IT businessman Vaibhav Dahake who was indicted in a federal court last month for evading taxes on undeclared bank accounts held in India.Fewer readers may have read or heard about the IRS’s announcement two weeks ago that it was instituting a new offshore voluntary disclosure initiative (“OVDI”) to non-compliant taxpayers with undeclared offshore amounts.No one, however, should wonder whether the proximate timing of these two events was “coincidental” or if it was specifically directed towards the Indian-American community.

I’mguessing every reader of this column either has an undeclared offshore bank account (in India or elsewhere), or knows someone who does.I’m not guessing when I contend the IRS knows this about our community.In 2009, the IRS indicted UBS, which directly led to the last OVDI program that closed in October 2009, and resulted in over 15,000 taxpayers coming forward to disclose their previously undisclosed offshore accounts, and over 3,000 more after October 2009.Since then, most tax practitioners have speculated that the IRS’s next targets will be HSBC and other banks who have been most active in helping Indian Americans maintain undeclared offshore accounts in India, Hong Kong, Singapore and elsewhere, and such banks’ Indian-American clients.Mr. Dahake’s indictment appears to validate this theory.

The space constraints of this column preclude a full description of the terms of the new 2011 OVDI, and an exhaustive analysis of whether it makes sense for particular taxpayer profiles to take advantage of the initiative.Readers should note, however, the following most important features:

As with the 2009 OVDI, taxpayers qualifying for the 2011 OVDI can be assured of not being criminally prosecuted for their past non-compliance;

Importantly, the 2011 OVDI introduces a new 12.5 percent penalty regime (for both accuracy and delinquency), which applies to taxpayers with small bank accounts, defined as undeclared offshore accounts and assets not exceeding $75,000 in the aggregate for any of the years covered by the 2011 OVDI;

Complete filing must be made by August 31, 2011, and must include all amended (or original) returns, and all required information returns (the 2009 OVDI only required the taxpayer to disclose his or her identity by the October 15 deadline, and then allowed a “reasonable” amount of time to prepare and file missing tax and information returns), so speed is of the essence this time around.

For those readers questioning whether the 2011 OVDI program is a good deal or not, consider that the maximum delinquency penalty for taxpayers not taking advantage of this amnesty program could be as high as 50 percent of the highest aggregate value for each year the required forms were not filed.As we saw with the UBS indictment in 2009, if (when) HSBC and other banks are indicted in the coming months for aiding and abetting U.S. taxpayers with hiding assets offshore and evading taxes, the banks will not hesitate to turn over their client lists in order to avoid prosecution because suffering a conviction, or even a drawn-out trial, likely would put these banks out of business. Accordingly, readers seeking to evaluate whether it is advisable for them to seek qualification under the 2011 program should immediately consult a tax attorney for an evaluation, as the August 31 deadline for full returns makes the timeline for deciding and acting very short.

For those readers questioning whether the IRS has the resources to find them, I close with comments from IRS Commissioner Douglas Shulman, when he announced the 2011 OVDI program:“As we [the IRS] continue to amass more information and pursue more people internationally, the risk to individuals hiding assets offshore is increasing. This new effort gives those hiding money in foreign accounts a tough, fair way to resolve their tax problems once and for all.And it gives people a chance to come in before we find them.Tax secrecy continues to erode.We are not letting up on international tax issues, and more is in the works.For those hiding cash or assets offshore, the time to come in is now.The risk of being caught will only increase.Combating international tax evasion is a top priority for the IRS.We have additional cases and banks under review. The situation will just get worse in the months ahead for those hiding assets and income offshore.This new disclosure initiative is the last, best chance for people to get back in the system.”