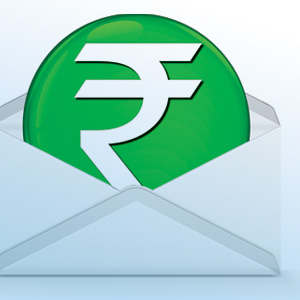 In this space last May, I wrote about the IRS’s enforcement efforts against U.S. taxpayers with undeclared foreign bank accounts, specifically regarding the August 2011 Offshore Voluntary Disclosure Initiative (“OVDI”). Since the OVDI closed on September 9, 2011, taxpayers have asked what they can do if they still have not disclosed their foreign accounts. For a while, it appeared the only options available for taxpayers wishing to comply were either a formal disclosure through the IRS’s standard voluntary disclosure program (a “noisy disclosure”) or simply filing prior year original or amended returns and hope they don’t get audited (a “silent” or “quiet” disclosure).

Since closure of the 2011 OVDI, tax practitioners have speculated as to whether the IRS would institute another defined disclosure program similar to OVDI, and if so when. Previously, I was convinced an updated OVDI type program would not happen until sometime in 2013. However, the IRS recently reopened the OVDI, with certain important modifications.

Background
The IRS has increased its enforcement efforts against U.S. taxpayers with undeclared offshore accounts for many years. In the past year, we have seen the following significant developments:
• Over 30,000 taxpayers participated in either the 2009 OVDP or the 2011 OVDI, resulting in $3.4 billion in taxes and penalties collected from the 95 percent of 2009 OVDP cases closed to date, and $1 billion in advance payments of tax and penalties from 2011 OVDI filers;
• Five South Asians were indicted for not reporting assets and income held at HSBC India; and,


• HSBC India received a federal subpoena to disclose its U.S. accountholders to the IRS.

For those taxpayers at substantial risk of being treated a willful non-filer by the IRS, the civil penalties are substantially lower than the potential maximum willful penalties. Therefore, filing under the OVDI generally should be a good deal for such taxpayers. For those few taxpayers who have strong reasonable cause arguments to avoid penalties completely, the fixed penalties of the OVDI program generally are not an attractive option. For the vast majority of taxpayers falling somewhere in between (clearly not willful, but no credible reasonable cause arguments), the decision of which course to follow is a difficult one.

For the taxpayers in this gray zone, the decision process is more difficult because of the IRS’s natural leverage in this situation. Many commentators, and the National Taxpayer Advocate, have noted how the IRS has unfairly enhanced its bargaining asymmetry by providing empty promises in FAQ 35 and the opt-out procedures. FAQ 35 states a taxpayer would not pay more penalties under the OVDI than he or she would under existing statutes. The OVDI opt-out procedures state taxpayers who choose to opt out will not be treated in a negative fashion for opting out. Many practitioners, however, have reported the opposite: that, IRS agents have threatened taxpayers indicating they may opt out that doing so would result in a long and painful examination and that contrary to FAQ 35, the maximum penalties would be asserted against them.

In other words, it appears the IRS is treating all filers as willful, or at least threatening to treat them as willful, although it may not be able to prove willfulness in most cases. Given this current posture, it is unreasonable to expect taxpayers to assume the huge risk of massive penalties that could result from opting out, and for practitioners to advise their clients to do so. Accordingly, many taxpayers in the gray zone are pressured into staying in the OVDI and paying the 25 percent penalty.

Many practitioners believe the IRS reopened the OVDI program to allow the thousands of taxpayers soon to be disclosed by Credit Suisse and 11other banks currently under investigation an opportunity to apply for the OVDI program before their names are disclosed by such banks. The reopened program is very similar to the 2011 OVDI but with two major differences. As with the 2011 OVDI, taxpayers must file eight years of tax and information returns and pay all taxes, interest and a 20 percent accuracy penalty on omitted income (plus late filing and late payment penalties if applicable). The first major difference is that the offshore penalty on the taxpayer’s highest aggregate balance of offshore accounts is now 27.5 percent, while certain taxpayers still may qualify for a lower offshore penalty rate of 12.5 percent for aggregate balances under $75,000, or 5 percent for certain inherited accounts, and for qualifying bona fide foreign residents or dual citizens.

The second major difference is the reopened program is open indefinitely. The IRS has stated it may end the program and/or may change the terms and conditions of this reopened OVDI at any time. While there is no deadline to make a full submission, there is still urgency for taxpayers to comply soon since the program could close, or the 27.5 percent offshore penalty could be increased at any time, perhaps even without forewarning.


The newly reopened OVDI program offers an opportunity to those taxpayers who continue to be non-compliant with reporting their offshore accounts. For many, entering the OVDI could be the best option available after considering all factors and potential scenarios. Taxpayers who continue their non-compliance are slowly running out of time and options. The IRS is aggressive about finding taxpayers with undeclared offshore assets, and has strengthened its tools to find such noncompliant taxpayers. Taxpayers with strong reasonable-cause arguments, however, may question whether entering the OVDI program, at least as currently administered by the IRS, is the right course of action.

Taxpayers at high risk of being deemed a willful nonfiler who think they can escape by starting to disclose going forward and hoping the standard six-year statute of limitations expires before they get audited, are exposing themselves to substantial risk. With new reporting rules now in force on taxpayers (and soon to be in force on foreign financial institutions), and given the IRS’s increased focus on this area in general, this approach likely will encounter a high failure rate. Further, the IRS could charge such taxpayers with civil fraud for taking active steps to conceal their non-compliance. In that case, such taxpayers could be audited at any time because no statute of limitations applies for civil fraud, and the possibility of criminal tax evasion charges would be very high as well.

Readers debating the advisability of entering the OVDI program or attempting a silent disclosure, or otherwise, should immediately consult their tax advisor for an evaluation and advice on the best way forward.

The foregoing is not tax or legal advice and should not be relied upon as such. No attorney-client relationship is created or implied with any reader of this article. All taxpayers should seek independent advice from a qualified tax professional based on their individual circumstances.

[Rahul P. Ranadive is admitted to the Florida and California bars and the U.S. Tax Court, and has practiced international and domestic tax planning focusing on high net-worth families with international ties for over ten years. He is based in Miami, Florida, and can be reached at rranadive@gtecllp.com or 305-913-7128 or by visiting www.gtecllp.com.]

Moneywise is hosted by Rajesh Jyotishi with Shalin Financial Services, Inc. Rajesh is an investment advisor representative of Resource Horizons Group, L.L.C., a registered broker-dealer, and a member FINRA/SIPC. Advisory services offered through Resource Horizons Investment Advisory. Rajesh has been in the insurance, investments and financial planning field since 1991. For questions, he can be reached at 770-451-1932, ext. 101. RJ@shalinfinancial.com.

This article contains additional material not available in the print and digital versions, viz. Silent Disclosure.