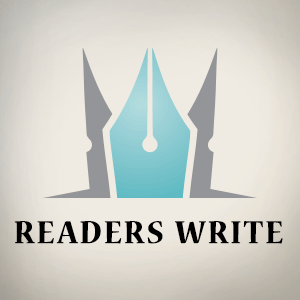 I look forward to reading Sadhguru's column every month for fresh insights delivered with an off-the-cuff, pull-no-punches narrative style that often elicits a chuckle or two. Regretfully [in the April issue], SpiritualStraight Talk was more homily than visionary. “Attending to violence within” begins with a questioner asking for a permanent solution to violence. That’s big!

Sadhguru could have gently chided the questioner with a lighthearted, disarming lead like “Such a question! How can anyone hope to end violence for good? More a riddle than a question!” He could have at least acknowledged that the scope of such a question renders preposterous all answers other than those that prescribe a personal responsibility. The wonder is: why isn’t there more human violence in the world? Whole towns acquiesce to concentration camps at their outskirts. Ethnic groups who have lived peacefully together hack neighbors to bits. Countries send [young soldiers] like cannon fodder into battle. Communities segregate, aggravate, and systematize violence against each other. Yet, many of these individuals follow or lead in a peaceful ideology. How can anyone abide any violent act upon another?

Hope from faith has been propagated for millennia by religions. In their attempts to rationalize the creative, violent, and destructive forces within us, creeds have proven a feeble spawn of our inborn human morality. No matter how each of us may espouse mankind’s universal Golden Rule, we seem to be able to turn on a dime or, equally damning, look the other way to abet monstrous deeds inflicted upon others.

Starting his essay with the usual litany of blame for modern violence—media, games, toys—is disappointing on a universal scale and pandering on a provincial level. Contrary to common perceptions, violent crime rates have been going down in the U.S.* amidst a proliferation of these easy targets.

Can development, transformation, and individual will move a mountain to end violence forever? Let us hope. And my hope also springs eternal for Sadh’s next column.


The [April issue] had many good articles—interview, Desi World, etc. I congratulate the editor for the selections and for keeping the magazine worth reading. The selections relate very well to Indian-Americans. I particularly liked the low-cost, high-tech canes, mining the e-waste, musings, and the interview with [New York Times correspondent] Somini Sengupta.

The high-tech cane inventor appealed to me because he cares for the blind, not the money. The e-waste mining young entrepreneur tells me that she cares about the environment. [Anjali Enjeti’s] trip toIndia with three young kids brought back the memory of an episode that happened in Jaipur to my own daughter with an Indian-style toilet. I was at my sister’s house and my daughter used paper instead of hand and water, choking the toilet. I can’t express how upset my brother-in-law was!

Ms. Sengupta’s replies to [Poornima] Apte’s questions were extremely good. Although I, too, was born a Hindu, after the lynching episode in UP, I publicly denounced my religion. I would rather be called a human or a universal man than a Hindu. I’m not proud anymore about what’s happening now in the name of the Hindu religion. I am an Indian from India, an Indian-American, and most times just a foreigner for the majority of Americans—which is acceptable—rather than being associated with any religion. Miss Sengupta’s answers about young Indians’ expectations and frustrations are very appropriate.

Congratulations again for giving us food for thought. Keep the good job going. Thanks.


Your editorial “Politicizing Patriotism” [in the May issue] correctly states that non-inclusive slogans hurt India, rather than unify the nation and help brisk developmental activity. It would be great if all can join in roaring ‘Bharat Mata ki Jai.’ I, too, would love to do that. It triggers goose bumps. Such an expectation, at least to most Hindus, appears to be pretty minimal to require of all citizens. There is a great rationale and reason in full-throated bellowing of the slogan. However, like you rightly say, that is too much to expect in a free democracy of over a billion unique individuals. We need to grow up.

Permit me to add another critical fact that Muslim leaders and learned Hindus should themselves be bringing to light. In the catchphrase ‘Bharat Mata Ki Jai,’ Bharat or India is raised to the status of an idol: an adorable and awe-inspiring Mother. But this goes against the grain of iconoclastic Islamic and Judaic way of thinking. These faiths call for the destruction of holy images of any kind. This goes back to the Byzantine period, but more seriously after the eighth and ninth century AD when idolatrous churches and temples were destroyed.

Later, when people [became] more enlightened, iconoclasts were regarded as those who assailed well-established principles and ideals, rather than those who destroyed sacred idols in wood, stone, gold, or any metal. Orthodox Muslims would, however, like to stick to their theological attitude towards icons. When Bharat is idolized she is Mata or Amba, leaning against a handsome lion complete with a crown and red flag in hand. Such a concept is at odds with Islamic orthodoxy and theology. Hence their resistance. Incidentally, Abanindranath Tagore’s 1905 painting of Bharat Mata did not have a lion or flag.

Why couldn’t [Indian politician] Asaduddin Owaisi explain this simple problem instead of contemptuously dismissing the slogan and creating so much antagonism between communities? Of course there are thousands of Muslims who are not orthodox—like Javed Akhtar and Shabana Azmi—who do not mind chanting ‘Bharat Mata ki Jai.’ It would be great if all feel that sense of oneness when the slogan is chanted. But as you aver, compulsion of any kind in the world’s largest democracy will harm India. A concession could be ‘Bharat Desh ki Jai.’

Apropos of your editorial, I’m appalled at the parallel drawn between ‘Bharat Mata ki Jai’ and ‘Make America Great Again.’ India’s freedom fighters fought with colonial rulers by raising the slogan ‘Bharat Mata ki Jai,’ for which they were shot dead or sent to prison. Though I agree with the editor about not pushing anyone to express their patriotism only by raising a particular phrase or slogan, I object to the criticism of the ruling party’s effort to educate and convince India’s citizenry about the glory of ‘Bharat Mata ki Jai.’ Remember, the ruling party didn’t make any laws or send anyone to prison for not saying it. It is the liberal media that is creating a big ruckus.

‘Make America Great Again’ is an election slogan of Donald Trump that has no relevance to a patriotic slogan like ‘Bharat Mata ki Jai.’ Trump’s slogan is no different from Ronald Reagan’s ‘Let’s Make America Great Again.’ Over 30 years ago, America responded by giving a great win for Reagan in the Presidential elections. I’m wondering why Trump’s slogan, similar to Reagan’s, is now perceived as promoting ‘hatred’ and ‘xenophobia’?

Over the years, liberals’ hatred of conservative ideas has grown so much that it is not even possible to debate when they criminally trespass into Trump’s election rallies and protest against his immigration policies by raising the flags of foreign countries like Mexico and destroying public and private properties. When liberals protest, they burn American flags and their demonstrations are promoted as fighting for a just cause. When conservatives raise American flags in support of their causes, they are called ‘racists,’ ‘bigots,’ and other names.

In the future, I hope to see Khabar editorials reflect a balanced opinion rather than just favor liberal ideas.

Narender G. Reddy
Lawrenceville, Georgia
[Mr. Reddy, a leading Republican activist, organizer, and fundraiser since 1991, has had the distinction of being Vice Chairman of the Georgia Bush-Cheney Campaign 2004.]

Carbohydrates and the Indian diet

Whole wheat flour has to be refrigerated. Otherwise, the oils turn rancid after about 3 days. You omitted this information from your [Fitness Lifestyle] article. It’s best to grind your own wheat and then refrigerate what you don’t use. Whole wheat flour can even be frozen short term (just like anything else, susceptible to freezer burn). If whole wheat flour isn’t refrigerated in the store, don’t buy it.

In Nandita Godbole’s “Mango Heaven” (May issue), the photo caption should have identified the girl as Nandita’s daughter and the woman as Nandita’s mother. The error is regretted.