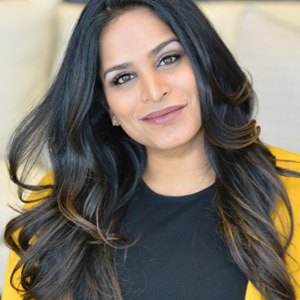 Must say that I am proud of Khabar for highlighting this topic! (September 2018) The LGBTQ community definitely needs support from us South Asians. Kudos to Feroza for sharing her story! While her journey was a hard one, I am sure she has become the voice and strength of many who share her struggles.

Wow, I think this is the first time I’ve seen such extensive attention to an Indian transwoman in the media. I hope young desi LGBT folks and their parents see this, like she says, and draw strength from her story.


Is white racism/insecurity responsible for Trumpism?

I was appalled by the racial tone implied in MuraliKamma’s “Viewpoint: Take a Stand, Speak Out, ActNow!” (Khabar, October 2018), suggesting that it was the insecure white voters who were worried about losing control of power in American politics that elected Trump as President. He wonders why Trump continues to have a hold over his base of voters, “despite all the incompetence, bigotry, deceit, crookedness, cruelty, chaos, corruption, tawdriness, and sheer bizarreness.” Those comments are very offensive to all of us, including me, who voted for Trump. I always enjoyed Murali’s previous articles, mostly about life in real world combined with a sense of humor, published in Khabar and elsewhere. But not his political ‘viewpoint.’

To rebut his assertion that it was racist/insecure whites who elected Trump as President, let me point out that Trump won white voters (57%) by a margin almost identical to that of Mitt Romney (59%) in 2012 and Sen. McCain (55%) in 2008. Also, one should remember that 8% African-Americans, 28% Hispanics, and 27% Asian voters voted for Trump, which is slightly higher than the same groups—at 27% and 26%, respectively— that voted for Romney in 2012. (Source: Roper Public Opinion Research, Cornell University).

It is unfair for the author to come to a conclusion that America has become a racist country only because they elected Trump, a Republican, as President. One should not forget that it was not the 13% of black voting population alone that elected Obama as our first African- American President in history, but made possible only with the support of 43% white voters in 2008. So it is beyond ridiculous to suggest that Trump got elected only because whites of America turned ‘racist’ just to elect Trump. Maybe we should consider other facts, like Obama’s failed economic policies, foreign policy, and racial divide that his provocative speeches caused.

Let me assure you, America is not “going off the rails” or “falling in a ditch” or about to face a “catastrophe” as claimed. This was just another effort by the liberal media to scare our Indian American voters before the midterm elections.


While we continue to educate our girls and women to be careful whom they associate with, when will we teach our boys and men that if a girl or woman is friendly, it does not mean she is interested in developing a personal relationship!

As male and female celebrities are being exposed though #MeToo, what about the common person being affected? The courageous ones speak up not for themselves but to increase awareness about the existence of such unacceptable and unimaginable behaviors by predators.

Will the community silence, alienate, or shame the ones who speak up with evidence? Will you stand for the ones who speak up (#MeTooAtlantaIndians) or continue to support the ones who are preying on others? As an Outlook India article (“Author Ira TrivediCalls Out Chetan Bhagat, Suhel Seth”) notes, #MeToo is about “creating better and safer working and living conditions for women.”

Do the right thing for our daughters in our communities!


Prejudices can be managed, but racism is evil

I enjoy reading Bill Fitzpatrick every month—a great storyteller and illuminator of American truth. So how could his “What, White Privilege?!!” (Americana,October 2018) move me from excitement with a new perspective to craziness as I unpacked the article’s ramifications: guilt and whining with no solution in sight?

Americans are privileged. Some think they are not. Some have more privilege than others. Some have earned whatever privilege they enjoy, others have it by default. Those who don’t enjoy privilege may be incapable, oppressed, it’s just not their time, or they’re just unlucky. Others with privilege may jealously guard theirs, while others are envious. Some aggressively seek to expand privileges they have at the expense of others. Some may be blithely unaware of their privilege or unprivileged status, but are made aware of them through articles like this one!

The crux of the article “What, White Privilege?!!” is that ignorance of privilege can be hurtful to those who are not on equal terms with white privilege. Many unprivileged have adjusted to daily life that may be more risky or more difficult; the result of interactions with even the unknowingly privileged. Privilege—whether conscious or not—equals power. Kumbaya!

Fitzpatrick baits readers by spurning any notion of White Privilege: You work hard in bad jobs to pay tuition, fight for every inch of success thereafter, give to charities, help minorities in need, your career includes hiring workers regardless of color, creed, or gender—and still it seems every movement du jour takes aim at white people. Where’s this privilege we seemingly enjoy?

Then, Fitzpatrick does a 180 in a deconstruction that starts with a compelling life example and homage to Peggy McIntosh’s introspective article “White Privilege: Unpacking the Invisible Knapsack” wherein she rationalizes the subject, personalizing the ways she as a woman experiences white privilege, or “unearned power conferred systemically.”

McIntosh’s list of her privileges taken for granted include “I can easily buy posters, postcards, picture books, greeting cards, dolls, toys, and children’s magazines featuring people of my race; If I should need to move, I can be pretty sure of renting or purchasing housing in an area which I can afford and in which I would want to live; and 24 others.” The corollary to all of these seemingly benign privileges is the proverbial “death by 1,000 cuts” suffered by the unprivileged, the non-whites.

From McIntosh we learn that when we talk about racism we must broaden our scope about what constitutes racism beyond individual acts of meanness, and include such invisible systems of privilege that confer unsought racial dominance on a privileged group from birth.

So it’s all or nothing. Or, racism whether you know it or not. Now let’s introduce prejudices. We all have them, and wrestle with them in others and ourselves. Prejudices can be insignificant biases to more significant roadblocks to personal growth and interaction with others. They’re probably a defense mechanism left over in prehistoric genes now tripping us up more than helping modern decision making. So, it’s fair to consider three degrees of social discomfort: privilege, prejudices, and racism. Racism is prejudice multiplied and magnified. It is a cancer in an individual fed by likeminded haters who can only be fulfilled if the object of their hate is eradicated by any means necessary.

As an average Joe, I find it hard to accept responsibility for things I cannot control. I have no trouble acknowledging the dynamics of privilege, equality, and power, not only in race relations, but other societal categories, including class, politics, and gender. I can accept any and all newfound awareness of these labels within my limited circle of influence, and then work for justice where it may be lacking.

In seeking a solution to ingrained injustice, how is it even possible to fairly un-confer, or equalize unearned versus earned power or privilege? Is privilege versus unprivileged a zero sum balancing act where one’s gain can only come from another’s loss? When does social reengineering become pandering? Beware unintended consequences that might include victimhood and problem exacerbations, rather than concrete solutions. Then we get reactionary Bombastos for leaders.

Aren’t each of us a bundle of human imperfections, of which prejudice has both helped and hindered our primal encounters of all types? Prejudices can be managed. But racism is a program for collective evil, and for that reason more tricky to control, as we work to root it out. IMO we need to be careful how broad a negative brush we choose to paint each other as Fitzpatrick and McIntosh have done.