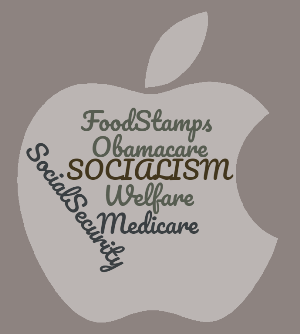 The real reason for opposing socialism in America

In response to Shashi Tharoor’s opinion piece (“American politics is taking a radical new turn.Socialism is no longer a dirty word”) in the December issue of Khabar, I must remind him that America has been inching towards socialism since World War II by enacting Social Security, Medicare, welfare, food stamps, and finally Obamacare, similar to many Western countries.

Also, Democratic presidential candidates will throw wild proposals in their campaign rallies in order to attract voters. However, none of their proposals will pass in Congress and become law.

How an Indian prince helped the gay community

I really liked that Manvendra Singh Gohil, India’s only openly gay prince, was included in Khabar’s cover story “Sex and the Nation.” Gohil also appeared in one of your IndiaScope columns (“Gay Rights: A Giant Leap for India”).

When he finally got the courage to come out to his parents, while his father outright refused to accept his son’s orientation as natural, his mother went one step further and printed an ad in a paper to disown her then 40-year-old son. But the prince did not let this get him down and instead fought for the LGBTQ and worked on being more accepting of himself. The prince even has the Lakshya Trust to create awareness and educate people about HIV/AIDS and its prevention. He then also launched the ‘Free Gay India’ campaign in 2014 that fought for the legalization of same-sex relations in India. It was not an easy journey for him to get where he is, but Gohil would certainly be a big identity for the LGBTQ community of India.

The following piece has also taken a look at his life: “India’s Only Openly Gay Prince Once Had To Endure Shock Therapy, but He’s Now Opened a Help Center for LGBT People in His Palace,” ED Times India, January 16, 2020.

I’m responding to an article on turmeric in Khabar (“A Pinch of GOLD,” January 2020). I do eat turmeric every single day without fail. My question is how should, in what form should one eat turmeric. I slice it, put lemon juice and salt, and then keep it in the fridge so that I can use it during lunch. We also use a lot in preparing Indian food. My question: is it the right way of eating or are we missing something? I am concerned that it might be losing its advantage because of boiling the food and putting salt in raw turmeric. So please guide me about this. Thank you.

A dermatologist interested in nutrition responds: Curcumin [a naturally-occurring chemical compound found in the spice turmeric] with black pepper will raise blood levels of curcumin but is not necessarily the healthiest option for a supplement, as black pepper causes intestinal irritation and [black pepper supplementation] may cause harmful side effects to the liver. I prefer curcumin supplements that are oil-based to enhance absorption, e.g., Thorne’s product, Meriva-SF.

Natural and food sources are always the best way to obtain nature’s remarkable miracles and benefits. Nature packages ingredients we haven’t yet discovered with the ingredients we already know are beneficial—so enjoy! Kind regards,


People across the globe are tired of war

In a statement on Friday, January 3, 2020, President Trump said that the drone strike at Baghdad International Airport was intended “to stop a war,” not to start one. This is beyond my understanding of how this reckless action that is endangering countless lives of U.S. troops, Iranians, and civilians was intended to stop a war. Rather than bringing an end to the wars plaguing the world, we are further igniting them. Rather than prioritizing peace, we have continually sought to influence and even profit from warfare.

None of us will win, except for politicians and corporations. This unnecessary violence will cost us millions of lives, dollars, and resources that could instead be used to remove hunger and poverty. We understand that the world stands in great need of peace and harmony, yet despite comprehending this, it seems as though we are unwilling to take the necessary steps to achieve it. Regrettably, our government gives greater priority towards asserting dominance and supremacy over others and satisfying a craving for power and authority. We want to let our officials know that people in the United States and across the globe are tired of war. We as the custodians of this world should strive earnestly to ensure that those who follow us are not born disabled or raised in a broken world, but are born healthy into a world of peace and harmony.