Home > Magazine > Features > My Turn: ADDRESSING TOXIC SEXUALITY THROUGH THE WISDOM OF THE AGES

My Turn: ADDRESSING TOXIC SEXUALITY THROUGH THE WISDOM OF THE AGES 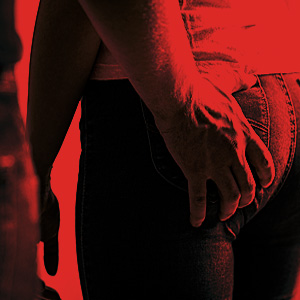 Through his various roles as a physician, professor, priest, poet, Sanskrit scholar, and community elder, DR. BHAGIRATH MAJMUDAR has interacted with thousands of young people, and advised hundreds of them on matters of mating, marriage, and more. Propelled by the recent debates in media surrounding the infamous date of Indian-American comedian Aziz Ansari and the larger “Me Too” movement that it touches upon, Dr. Majmudar weighs in with some advice on contemporary sex and relationships.

The toxic sexual interactions of our times are making dating and relationships a hornet’s nest. But this is one hornet’s nest that should not be left untouched, except to our detriment. In the past centuries, sex was handled with inhibition, now with exhibition. The generation gap has become a degeneration gap. To deny the importance of the subject is to deny life itself, but to hyperinflate it may lead to deterioration of the quality of our life. The balance is possible only if we are perceptive and judicious.

Historically, men have been spoiled and women have been silenced by suppression. Ruthless men and enduring women may work “satisfactorily” together, but only for a while. Human beings—of either gender—cannot and will not tolerate gross discrimination for an endless period.

It will be naive to think that the increasing number of cases that have recently erupted over sexual harassment and abuse of women are only of recent onset. They perhaps represent only the tip of a monstrously large iceberg underlying it. Sexual abuse and degradation of women is as “old as the hills” and the blatant tortures and terrors inflicted on womankind are now surfacing with a volcanic rage.

While serving on a committee of the World Health Organization (WHO) in Geneva, I came across a book called The Unheard Screams documenting enormous sexual abuse inflicted on women all across the world. If one holds his ears close to the Earth, one can hear their deafening screams. Aziz Ansari, Harvey Weinstein, and several others are feeling the heat from this cumulative vengeance of eternally prevalent violence perpetuated on women. The Phoenix will rise only when the damage is totally burned down. There is an old Indian adage that when there is a wild fire in the forest, it burns down the green as well as dry vegetation. Men are now seeing the wrath of the so-called “weaker sex”! Thanks to modern technology, women around the world are unifying against centuries of patriarchy.

This is going to significantly erode the relationship between men and women. Women will distrust men, men will be afraid of women, and the communication gap will widen for some time. It will be the onus of men to rectify this volatile situation generated and perpetuated by their gender.

A simple statement that sex within marriage is good and sex outside marriage is bad, which dictated our social norms throughout the ages, is now found to be simplistic and partly misleading. When these traditional norms are challenged in a changing world, it can unleash the strange characters of Pandora’s Box. The institution of marriage is lately experiencing the alarming tremors of an underlying earthquake.

This phenomenon may seem to be recent but was courageously reflected in the exemplary literary works of authors like Nathaniel Hawthorne from the USA (The Scarlet Letter, 1850) and Thomas Hardy from England (Tess of the d’Urbervilles, 1891). The social fences were pulled down by women bored by rigidly static role playing (A Doll’s House by Henrik Ibsen from Copenhagen, 1879). And elopements for love-marriage and failures of love-marriage frequented both Victorian and even Indian scenarios. Our Indian history and mythology are filled with innumerable episodes of rape, abduction, out of wedlock pregnancies, and abandonments.

Love was favored over sex ideologically (thus a quote from Reader’s Digest: “Men love sex, while women love sex”) but both love and sex could be transient and fickle. It is therefore difficult but not impossible to define the merits of sex. I therefore decided to branch off the discussion and lay down some thoughts on sex with a medley of medical, psychological, and spiritual aspects. The ethical and moral aspects of the subject will be judged variably by variable groups of people and I think it is prudent to stay away from it. The following facets of sex are surfacing with increasing prominence and they demand our attention.

Casual Sex: I often describe it as “dating, mating, and hating.” It is impossible for me to condone it, especially on medical grounds. The biggest slap on indiscreet, casual sex was rendered by AIDS. I have witnessed hundreds of patients, young and often talented, debilitated and dying by AIDS. The morbidity, mortality, financial and emotional burden, the insufferable torture on families and spouses do not need any further elaboration. The legal, verbal, or oral consent to make it consensual offers no protection against AIDS or several other sexually transmitted diseases (STDs) not well known by the general population. They affect rich and poor, young and old, elite and unschooled…which made me teach medical students that STDs are truly “Equal Opportunity Employers”! Those engaging in casual sex demonstrate how self-destructive human beings can be!

Safe Sex: In conjunction with the preceding discussion, one may say that it is better to be safe than sorry and prevent STD prophylactically. The truth of this statement however, is only medically pertinent. The practice of medicine in modern times requires doctors to have no moral or ethical judgments on their patients, but that means they also stay away from giving ethical, moral, or spiritual guidance.

The statement “Better safe than sorry” can also be rebutted by a counter statement: “Although safe, one may still be sorry!” A sexual encounter can be brief and momentary, but its aftermath can linger for a long time. Only enduring commitment to each other can combat such negative afterthoughts. Sex in marriage can overcome powerfully negative feelings. Love is many-splendored, and cohabitation is multifaceted, while sex is episodic and fails to embrace life wholly and completely.

Responsible sex: dating and waiting before mating: Traditionally I would have said, “Dating and waiting for marriage before mating.” I had to change my statement under the influence of a changing social milieu. It has become quite common for couples to live together before marrying. Not that I promote it, but it is futile and counterproductive to resist a change whose time has come. I remembered the Darwinian principle that the survival was not of the fittest but of those who adapted. Then when I looked back at our society in India, I could easily surmise that two fears dominated the attitude of the parents at that time: pregnancy before marriage and abandonment after “intimacy.”

All couples need an opportunity to communicate with each other before marriage to live a healthier marriage. When The Atlanta Constitution asked me what were my views as a Hindu priest on couples living together before marriage, I simply said, “My priority at this time is to encourage couples to live together after marriage. So let me work on that first.”

Moreover, couples nowadays marry later in life when they are self-dependent and mature enough to take their own decisions. It is not a PG show where Parental Guidance is recommended anymore.

Having said that, one should cautiously add that the young should enjoy this privilege of living together prior to marriage with responsibility. The vows that the couples take at the time of wedding should also apply at cohabitation, whether marriage is desired or not: a transparency of relationship, caring for each other’s goals of life, commitment to each other in all conditions of life including health and sickness, a care and concern for both families including their own, living a spiritual co-life, and all other vows apply whether a marriage is documented or not. Responsible sex means total responsibility of each other within or without the framework of marriage.

I discuss these principles with the couple in a premarital counseling session. I have officiated at about 400 interfaith and same-faith marriages and followed many of them. I am very happy to see their evolving sense of self-responsibility and rising maturity. I hold high hopes.