A debate lets you hear the issues and ideas, so you aren't tempted to vote on national origin or who you know. As author Harry Kemelman ​warns in his award-winning mystery novel, Friday the Rabbi Slept Late, "the first principle of politics is to get elected. And the second great principle is that a candidate is not elected because he's the logical choice, but because of the way he has his hair cut, or the hat he wears, or his accent."

All three Johns Creek city council posts have advanced to a run-off election which will be held on Dec. 3. The Secretary of State Ambassadors group will be facilitating a candidate debate to highlight the remaining candidates prior to the election.

"The Student Leadership Johns Creek Secretary of State Ambassadors consist of nine of our students who work in conjunction with the Secretary of State's office to facilitate events to educate and encourage our citizens to become more involved in local politics," said Executive Director Irene Sanders. "Hosting a candidate debate has become second-nature to this group after hosting multiple city council and state representative debates over the past two years." 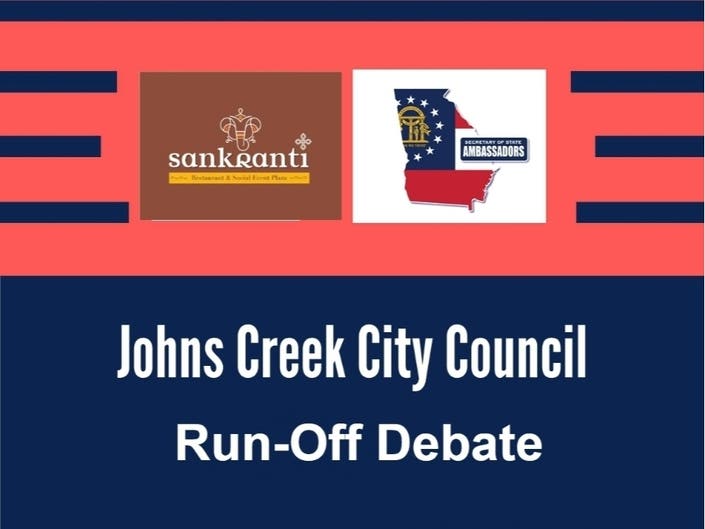