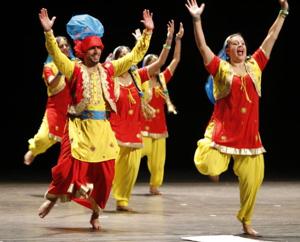 The UGA Indian Cultural Exchange will be hosting its twenty-first annual India Night on Jan. 24 at the Classic Center, featuring the event’s first-ever dance competition.

With a theme of Aaja Nachle (meaning “come dance” in English), the event hopes to showcase the best talent by inviting dance teams from colleges across Georgia to compete for $3000 worth of prizes.

“It’s bringing back more traffic, and that’s one thing that I think that we lacked last year. A lot of the way things were run was done well, but the show itself kind of lacked because all of the acts were doing it for fun, they weren’t doing it to win anything,” said ICE VP of External Affairs Dilreet Kaur. “Schools that didn’t perform at India night because they didn’t have an incentive to are now coming back because of the incentive to perform and win money.”

Aside from pure entertainment value, the dance competition also aims to educate the audience about the many different languages and dance styles practiced in India. Attendees can also expect to hear eight MCs, an acapella group and a performance by famed singer Arjun.

“We definitely hope that people come from all different backgrounds that don’t know a lot of things about Indian dance or Indian culture. It’s more so to get them aware,” Kaur said.

Tickets are $15 in advance and $20 the night of the event and can be purchased at the Classic Center box office or online: http://tinyurl.com/mvamhu2. Doors open at 5:00 p.m. and the show begins at 6:00 p.m.

Kaur explained that India Night and the Indian Cultural Exchange hope to attract more Indian students as well, regardless of if they attend other universities.

“We really want to share our culture with the rest of UGA. There’s so many Indians here at UGA, and so it’s something to celebrate. And I think that’s what India Night really is,” Kaur said.