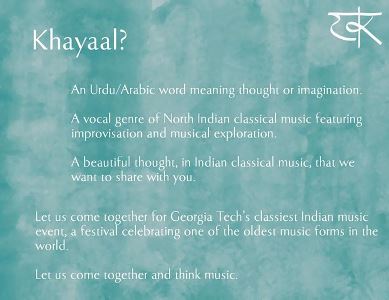 Witness some of the most talented student South Asian classical musicians as well as featured professionals on one stage. Discover one of the oldest living classical music forms on the planet, delivered cohesively on Georgia Tech's campus. Be a part of making Georgia Tech a leader in promoting art, music, and culture. 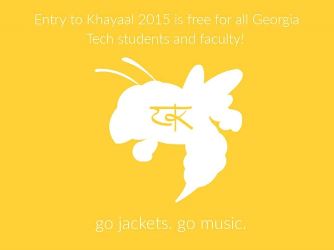 Date: Saturday, February 21, 2015
Time: Doors open 1 PM | Show starts 1:30 PM.
Venue: The Historic Academy of Medicine at Georgia Tech, Atlanta.
Tickets: Admission is free for all Georgia Tech students and faculty.
Registration is on our website (http://khayaalmusic.com/tickets) and you must bring your Buzzcard to the event once registered.
Tickets are just $15 online and $20 at the door for everyone else.
Contact: http://khayaalmusic.com/ or https://www.facebook.com/events/1565500243722371/

Khayaal 2015 will be held at The Historic Academy of Medicine at Georgia Tech! A cultural icon filled with memories of Georgia Tech and Atlanta, it's the perfect venue for a musical experience like this one. Think classy. Think music.

With Khayaal, we're excited to bring you not only some of the most talented students in the area, but also professional South Asian classical artists. They live and breathe South Asian classical music and they're bringing their talents to Khayaal's stage to truly showcase the depth and intricacy this art form has to offer. 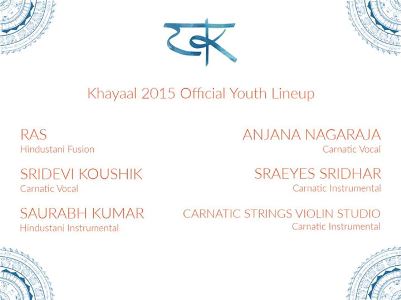 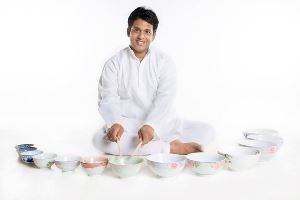 Our first feature artist, of the Carnatic classical tradition, is Vikash Achutaramaiah. Vikash is a multi-faceted artist who will be playing Jal Tarang at Khayaal 2015. One among the very few countable Jal Tarang artists in the world today, he has performed several hundreds of concerts internationally and has been teaching for the past 12 years. He has won many prizes, awards, and laurels from various organizations, and is also an ace Indian percussionist, Harikatha artist, Harmonium artist, prolific composer, and innovative dancer. 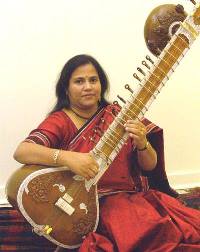 Khayaal's second feature performer, of the Hindustani classical tradition, is Kakali Bandyopadhyay. Dr. Kakali Bandyopadhyay is a master performer of Sitar and a master instructor of Sitar and North Indian (Hindustani) music with decades of experience in performing and teaching. She is an affiliate faculty of Sitar and North Indian instrumental music at Emory University where she established the Indian Music Ensemble. She has performed at major music festivals and venues internationally and has composed various works influenced by North Indian classical music. A student of Pt. Kalyani Roy, a disciple of Ustad Vilayat Khan, and Pt. Indranil Bhattacharyya, she has won several awards throughout her illustrious musical career. 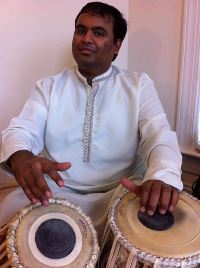