You are invited to join Padma Bhushan Dr. Bindeshwar Pathak
during his homage to Gandhi Ji and Dr. M.L. King, Jr.
at the Gandhi Statue, Downtown, Atlanta
free and open to public

Innovation is the Key to Solving the Water and Sanitation Crisis in India Dr. Bindeshwar Pathak is the inventor of the two-pit compost flush technology that has helped provide low cost environmental toilets to millions of people in India. In 1970, he founded Sulabh International, one of India’s largest NGO working to promote human rights, environmental sanitation and waste management. The organization works in 25 Indian states, 1599 towns and has 50,000 volunteers. In 1974, he introduced the concept of building public toilets on “pay and use” basis, which are visible in most public places in India. In 2014, he initiated a safe drinking water project in four districts in the West Bengal state in East India, where villagers are being provided clean drinking water at 50p per liter. A significant number of the villagers in these districts suffers from arsenic related diseases due to contamination of ground water. These treatment plants (installed with support from Sulabh) takes water from traditional ponds and rivers, which is arsenic free. The objective is to create a decentralized, people-friendly approach aimed at empowering communities by building capacity in them so that villagers, with training, can run the plant effectively. Dr Pathak is a Padma Bhushan award recipient by the Indian government. He was inducted in the United Nations Environment Programme Global 500 Roll of Honour in 2003. He was awarded the Stockholm Water Prize in 2009 and received the Legend of Planet Award from the French Senate in 2013. His two-pit compost flush technology has been declared as a “Global Best Practice” by the United Nations HABITAT and United Nation’s Centre for Human Settlements 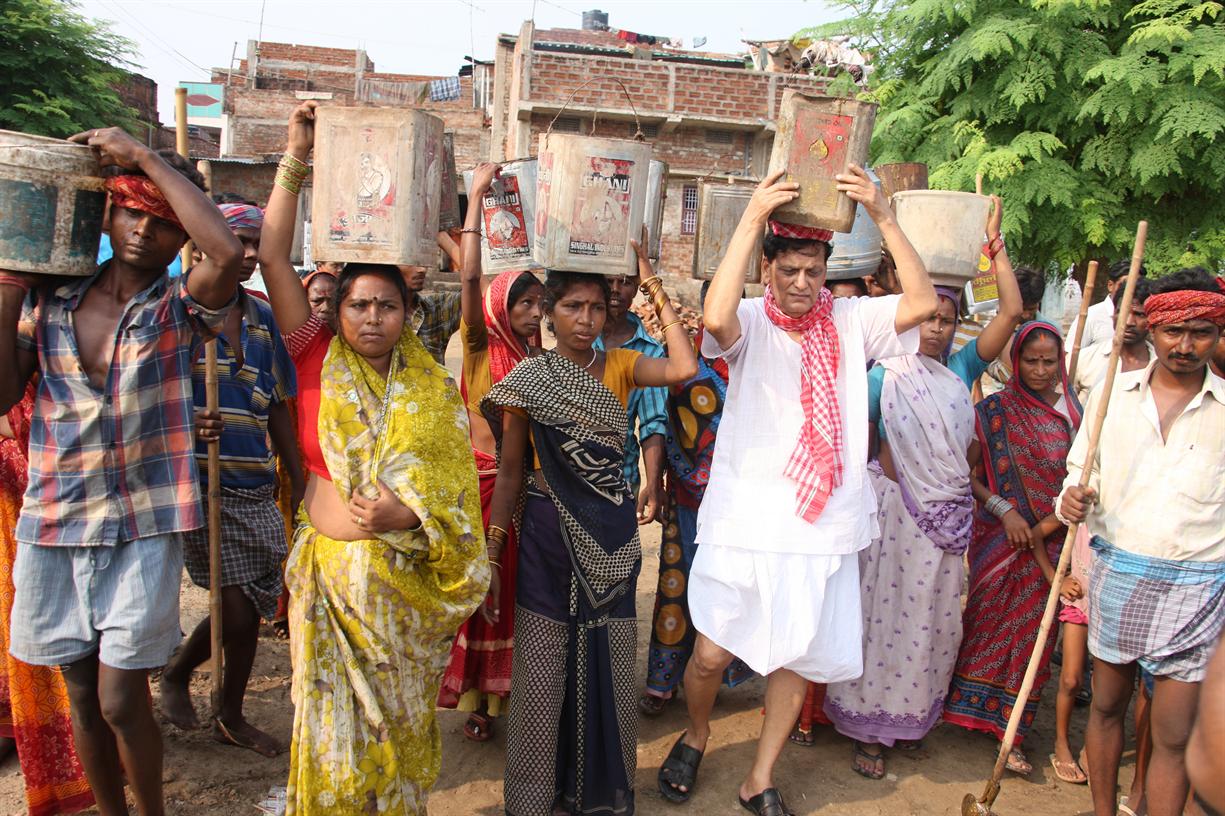