Pooram Mega Show in association with our Kerala Piravi Celebrations  this year on November 01st, 2019 at Berkmar High School, Lilburn, GA, from 5pm-9:30pm.

Kerala Piravi is the remembering the achievement of statehood on November 01st, 1956, of our native state of Kerala, a southern state in India, and home to our Association members. The Malayalee in our title comes from our native language Malayalam. Kerala is India's most advanced state with a hundred percent literacy rate and a world-class health care system. Kerala not only has India's lowest infant mortality and highest life expectancy rates, but also the highest physical quality of life in India. Peaceful and pristine, Kerala is also India's cleanest state. For all these reasons, Kerala is nicknamed as ‘God’s Own Country’ and is home to beautiful beaches, mountains, and forests, and enjoys a very robust tourism industry. The state of Kerala has produced a lot of IT and medical professionals, and our community here in Atlanta is a group of such professionals, who has made a home away from home here.

The show  also features the famous Mentalist Nipin Niravath, who once "made the entire audience including TV host and singer Rimi Tomy draw fish on the paper they were given, just by projecting his thoughts".

The Pooram Show is being conducted as a Tribute to Regi Cherian, our late president, who passed away unexpectedly,  in whose remembrance there will be a small function before the show.

It will also include the official ticket sales kick-off for the Convention at Sea, organized by the Federation of Malayalee Associations of Americas(FOMAA), which is the umbrella organization for all the Malayalee associations in north America. 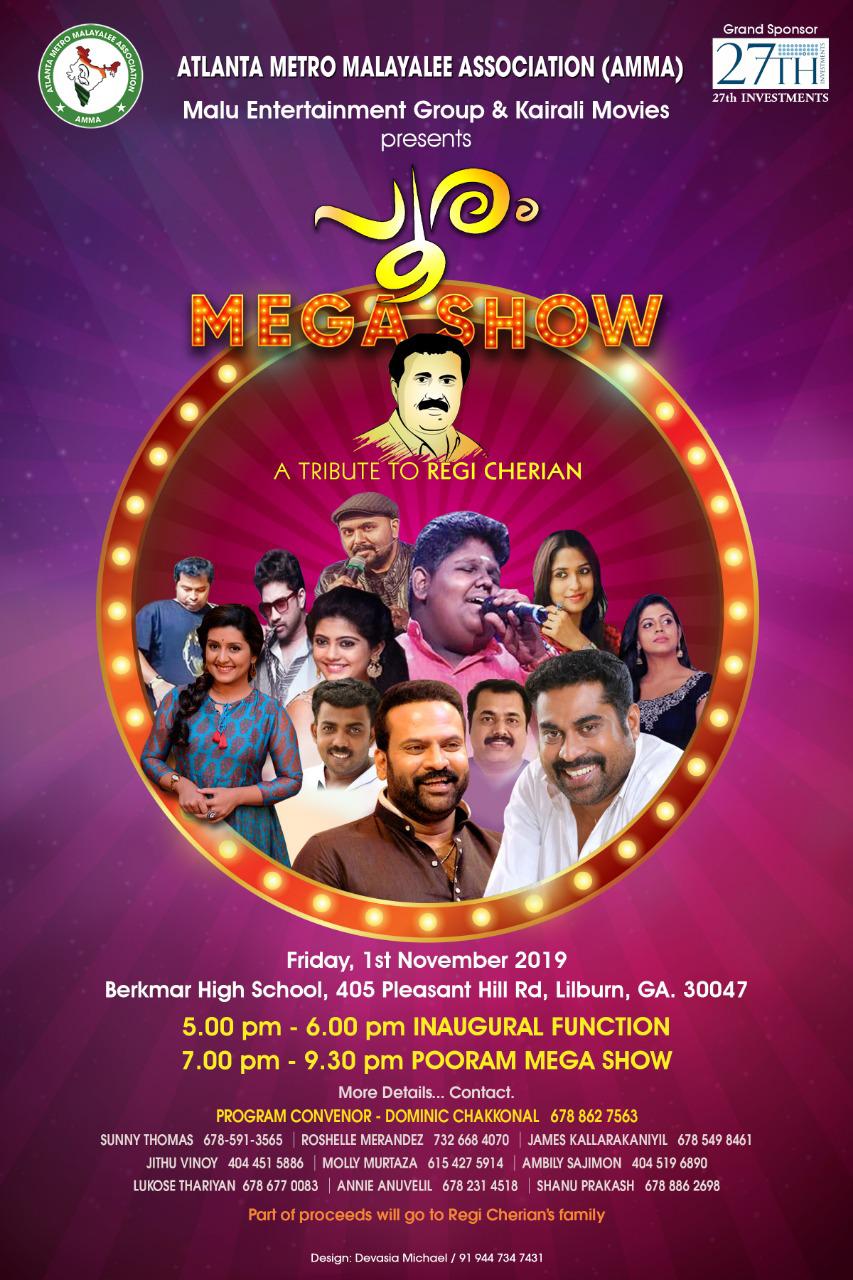