Preventing Youth from Being Radicalized: with Farah Pandith 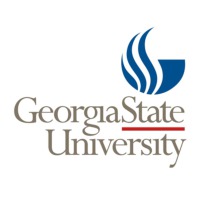 Live Video Streaming on Periscope
Join us at Periscope.TV/GSUOII

A diplomatic entrepreneur and foreign policy strategist, Farah Pandith is a member of Secretary Jeh Johnson’s Homeland Security Advisory Council, an Adjunct Senior Fellow at the Council on Foreign Relations, and a Senior Fellow at Harvard University’s Kennedy School of Government. During a career spanning over two decades, she served as a political appointee in the George H.W. Bush, George W. Bush, and Barack H. Obama administrations. In 2009, she was appointed the first-ever Special Representative to Muslim Communities by Secretary of State Hillary Rodham Clinton. In this role, she traveled to nearly 100 countries and launched global youth-focused initiatives and networks to counter violent extremism (CVE). Prior to this appointment, she was responsible for pioneering CVE initiatives Europe and also served on the National Security Council, US Department of State and at the U.S. Agency for International Development. Since leaving government in January 2014, Ms. Pandith has been forming new organizations to counter extremism, most notably Halcyon, an innovative global organization dedicated to mobilizing youth against extremist ideologies. She is also writing a book on the subject of countering violent extremism. Ms. Pandith is based in Washington, London, and Boston.