Transcendent Deities of India: The Everyday Occurrence of the Divine

What does it mean to see the Divine?

What does it mean to see the Divine in new ways?

Become a member today to enjoy early registration for Camp Carlos on Monday, January 13, and the member preview of Transcendent Deities of India: The Everyday Occurrence of the Divine on Thursday, January 16.

Transcendent Deities of India: The Everyday Occurrence of the Divine complements the museum’s permanent collections of South Asian art by focusing on the impact of classical depictions of Hindu deities on modern and contemporary Indian artists. The gods and goddesses revered in Hindu religious practice have populated the art of India for thousands of years and images of deities continue to demonstrate their power for hundreds of millions of people as part of their daily rituals at temples, shrines, and festivals within India and in the broader global diaspora. Transcendent Deities, organized by Dr. Bridget Bray at the Asia Society, Texas, features work by Raja Ravi Varma, Manjari Sharma, and Abhishek Singh, artists who have built upon the visual traditions each observed growing up in India—surrounded by images that are part of a multi-faceted religious landscape—refreshing, resituating, and reimagining them in new media for their own time. The exhibition is scheduled to be on view from January 18 through May 17, 2020.

The exhibition opens with work by Raja Ravi Varma (1848-1906), who combined Indian imagery with European academic painting styles, popularizing the fusion through chromolithography, which made the prints affordable to many. His work defined artistic tastes and created new images of worship that remain popular today. The exhibition continues with the work of two contemporary artists; photographer Manjari Sharma, and graphic artist and painter Abhishek Singh. Both artists will visit Atlanta to talk about their connection to classical Hindu images and their desire to reimagine them for a new time and place. In addition to discussing his interpretations of classic Hindu stories in comic books, graphic novels, and animated films, Abhishek Singh will, over the course of a week, create a new painting at multiple locations around the city, which will take its place in the exhibition when it is complete.  Manjari Sharma will discuss the cultural paralysis she experienced moving from India to the US, and her desire to use the artistic medium of photography to recreate the daily experience of the divine she left behind. She turns her memories of sculptural representations of deities in temple settings into large-scale photographs of elaborate temple-like constructions, inhabited by friends dressed as Hindu deities. Sharma’s images invite visitors to contemplate these photographs as a means for spiritual engagement, as a way to experience darshan.

The Michael C. Carlos Museum of Emory University collects, preserves, exhibits, and interprets art and artifacts from antiquity to the present in order to provide unique opportunities for education and enrichment in the community and to promote interdisciplinary teaching and research at Emory University.

"The exhibition features depictions of Hindu deities by Raja Ravi Varma, Manjari Sharma, and Abhishek Singh, and examines how contemporary artists have adapted traditional imagery both to place the deities within viewers’ frame of reference and to celebrate Hindu rituals in the context of the global diaspora. Transcendent Deities of India is intended to complement the museum’s permanent collection of South Asian art, and I’m excited not only for more people to learn about South Asian art and culture but also experience the magic of the Carlos Museum.

There is magic in seeing yourself and your heritage reflected in the art and media we consume on a daily basis. We’re just starting to get there, but we’re nowhere near close. My hope is that this special exhibit can not only inspire, but also encourage conversation around the ways we lay claim to myth and heritage, and how our individual diasporic experiences do not take away from our sense of culture, but give it new dimension."

ATLANTA, GA (December 17, 2019)—The Michael C. Carlos Museum will present a series of vibrant photographs by contemporary artist Manjari Sharma; digital works, drawings, and paintings by Abhishek Singh; and modern chromolithographs produced by the Raja Ravi Varma Press in an exhibition entitled Transcendent Deities of India: The Everyday Occurrence of the Divine, on view January 18 through May 17, 2020.

For Hindus in India, images of gods and goddesses are an integral part of religious practice. These images inspire worshippers and artists alike, populating the art of the region for thousands of years and demonstrating their power through hundreds of millions of daily encounters as part of rituals at temples, shrines, and other settings within India and the broader diaspora. Transcendent Deities of India offers modern and contemporary interpretations of traditional imagery that position Hindu gods and goddesses within viewers’ frame of reference, ensuring their seamless applicability in new eras.

Varma’s prints popularize subjects
Raja Ravi Varma (1848–1906) was an Indian artist whose paintings are considered to be among the best examples of the fusion of Indian traditions with the style and techniques of European academic art. Varma's paintings were well regarded, but it was his vision for distributing his images widely through chromolithography that ensured his continuing renown. He founded several presses to make his images more accessible to the general public; as a result, reproductions of his artwork depicting Hindu gods and goddesses could be found in many homes and businesses. As the works in the exhibition demonstrate, owners of these prints frequently had them embellished with fabric, embroidery, and other materials to further adorn the deities depicted.

Sharma’s lens enlivens tradition
Associated with Hindu worship, darshan is a Sanskrit word meaning “vision” or “view” and refers to the experience of connection between deity and viewer. Historically, Hindu deities have been depicted predominantly through sculpture and painting. Manjari Sharma, who moved to the US to earn her MFA in photography, chose to turn her lens to the deities she had grown up with in India. Sharma’s elaborately staged Darhsan series came to fruition through her collaboration with a team of Mumbai-based artisans, sculptors, and painters, whose sets, costumes, and styling transform models into archetypal representations of Hindu deities.

Singh demonstrates the continuing impact of tradition
Abhishek Singh's art reimagines subjects drawn from the major epic narratives of India such as the Mahabharata and Ramayana, connecting the spiritual and the symbolic to the fantastic. Singh’s dynamic contemporary perspective incorporates graphic novels and animation and reflects conceptual concerns around the intersection between the temporal and the sacred by rendering traditional subjects anew. A consummate draftsman, he utilizes traditional images along with modern representations such as those of Raja Ravi Varma to demonstrate the ongoing relevance of these gods and goddesses to contemporary life.

Programs at the Carlos Museum

The Carlos Museum will present exhibition-related programming for adults and children such as live painting events with artist Abhishek Singh, who will be in residence in January; Transcendent Yoga in the exhibition galleries led by Marck Maroun of The Yoga Source and Anna Leo of Emory’s Dance Department; “Guising as God,” a conversation with Emory professors Drs. Joyce Flueckiger and Harshita Mruthinti Kamath; talks by Singh and Sharma; and free admission and art activities on Sunday FUNdays (January 26, February 23, March 22, and April 26).

Transcendent Deities of India: The Everyday Occurrence of the Divine is organized by Asia Society Texas Center. In Atlanta, it has been made possible through generous support from the Michael C. Carlos Museum Visiting Board, Chai Pani Restaurant Group, and the City of Atlanta, Mayor's Office of Cultural Affairs.

Sharma’s Loss and Resurrection: A Letter to My Daughter will be on view January 18 through May 17, 2020, in the Chace Gallery, located inside Emory’s Schwartz Center for the Performing Arts.

Born in Mumbai and raised in India, Manjari Sharma was immersed in her Hindu culture as a child. In her early twenties, she moved to the US to pursue photography. Visits to Hindu temples were gradually replaced by sojourns to museums and art galleries with the same dedication. The Darshan series bridges the gap of these worlds. Sharma received a Bachelor of Fine Arts from Columbus College of Art & Design, Columbus, OH, and also studied at S.V.T. College in Mumbai.

About Raja Ravi Varma
Raja Ravi Varma (1848–1906) was an Indian artist from the princely state of Travancore in southern India who achieved recognition for his depiction of scenes from the epics of the Mahabharata and Ramayana. Primarily a self-taught artist, Varma chose oil as his primary medium but explored other methods of production. He founded several presses to make his images more widely available, resulting in reproductions being found in almost every middle-class home.

About Abhishek Singh
Born in Gwalior, India, Abhishek Singh is an artist and graphic novelist. He is the author and artist for the acclaimed Krishna: A Journey, a 300-page omnibus, published by Image Comics, and Namaha: Stories from the Land of Gods and Goddesses. He is also the artist and co-creator of Deepak Chopra and Shekhar Kapur’s Ramayana 3392 AD by Virgin Comics and an artist for Kali and Shiva, part of Deepak Chopra’s India Authentic series by Virgin Comics.

Singh will be in residence at Emory University from January 13-22, during which time he will meet with Emory classes, present public programs, and create a painting that will be displayed as part of the Transcendent Deities of India exhibition. Singh’s residency is made possible by the Andrew W. Mellon Foundation and the David Goldwasser Fund for Religion and the Arts.

About the Michael C. Carlos Museum

Since its formal establishment on Emory’s Atlanta campus in 1919, the Michael C. Carlos Museum has become one of the premier museums in the Southeast. The museum holds one of the most comprehensive collections in the region with artwork from ancient Egypt, Nubia, and the Near East; Greece and Rome; the Americas; Africa; and Asia as well as a collection of works on paper from the Renaissance to the present.

Through world-class permanent collections and special exhibitions, innovative programming, and one-of-a-kind opportunities to engage with art firsthand, the Carlos Museum serves Emory University and the Atlanta community as a dynamic interdisciplinary center that cultivates literacy in the arts and fosters understanding of diverse religions and civilizations. 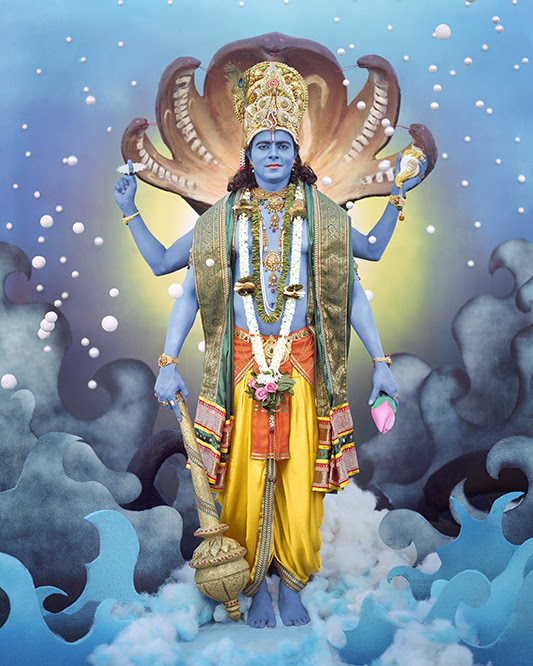