w/ Br. Shankara
Swami VivekanandaWe end the year with study of Jnana Yoga, an approach to spiritual realization through discrimination, reason, and release of the unreal. The goal is liberation, freedom from all limitation. Jnana (Advaita Vedanta) teaches that doubt, fear, and misery are caused by seeing inaccurately.

Swami Vivekananda said: “Come up, O lions, and shake off the delusion that you are sheep; you are souls immortal, spirits free, blest and eternal; ye are not matter, ye are not bodies; matter is your servant, not you the servant of matter. …

“Each (one of you) is only a conduit for the infinite ocean of knowledge and power that lies behind mankind. …

“Knowledge of the Absolute depends on no book, upon nothing; it is absolute in itself. No amount of study will give this Knowledge. It is not theory; it is realization. Cleanse the dust from the mirror, purify your own mind, and in a flash you will know you are Brahman … In one sense Brahman is known to every human being: he knows, ‘I am.’ But man does not know himself as he is. We all know that we are, but not what we are. All lower explanations are partial truths; but the flower, the essence, of the Vedas is that the Self in each of us is Brahman …”

On Sunday morning we’ll discuss these ideas in more detail. 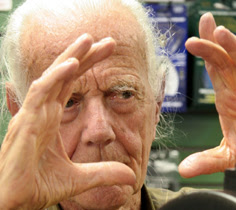 We end the year with study of Jnana Yoga, an approach to spiritual realization through discrimination, reason, and release of the unreal. The goal is liberation, freedom from all limitation. Jnana (Advaita Vedanta) teaches that doubt, fear, and misery are caused by seeing inaccurately.

Modern cosmologists usually take non-existence for granted and hope to get the Universe out of nothing. But must we assume that in the absence of the Universe and in the absence of space and time there would be nothing? Or can we, without so rash an assumption, find clues to what might remain if instead we take existence for granted but leave out space and time? Could what remains, through apparition or maya, appear as this Universe? Can we, from what remains, get a Universe of gravity, electricity and inertia?

“If you can’t explain it simply, you don’t understand it well enough.” — Albert Einstein

Dobson was a master of explaining Advaita Vedanta simply. On Sunday morning we will explore and discuss his detailed, yet very clear descriptions of how Brahman appears to us as this Universe.

“There cannot be two existences, only one.”  — Swami Vivekananda

Dec. 20th @ 11am
"Raimon Panikkar and the Experience of Christian Identity in a Pluralist World"
Guest Speaker: Scotty Greene 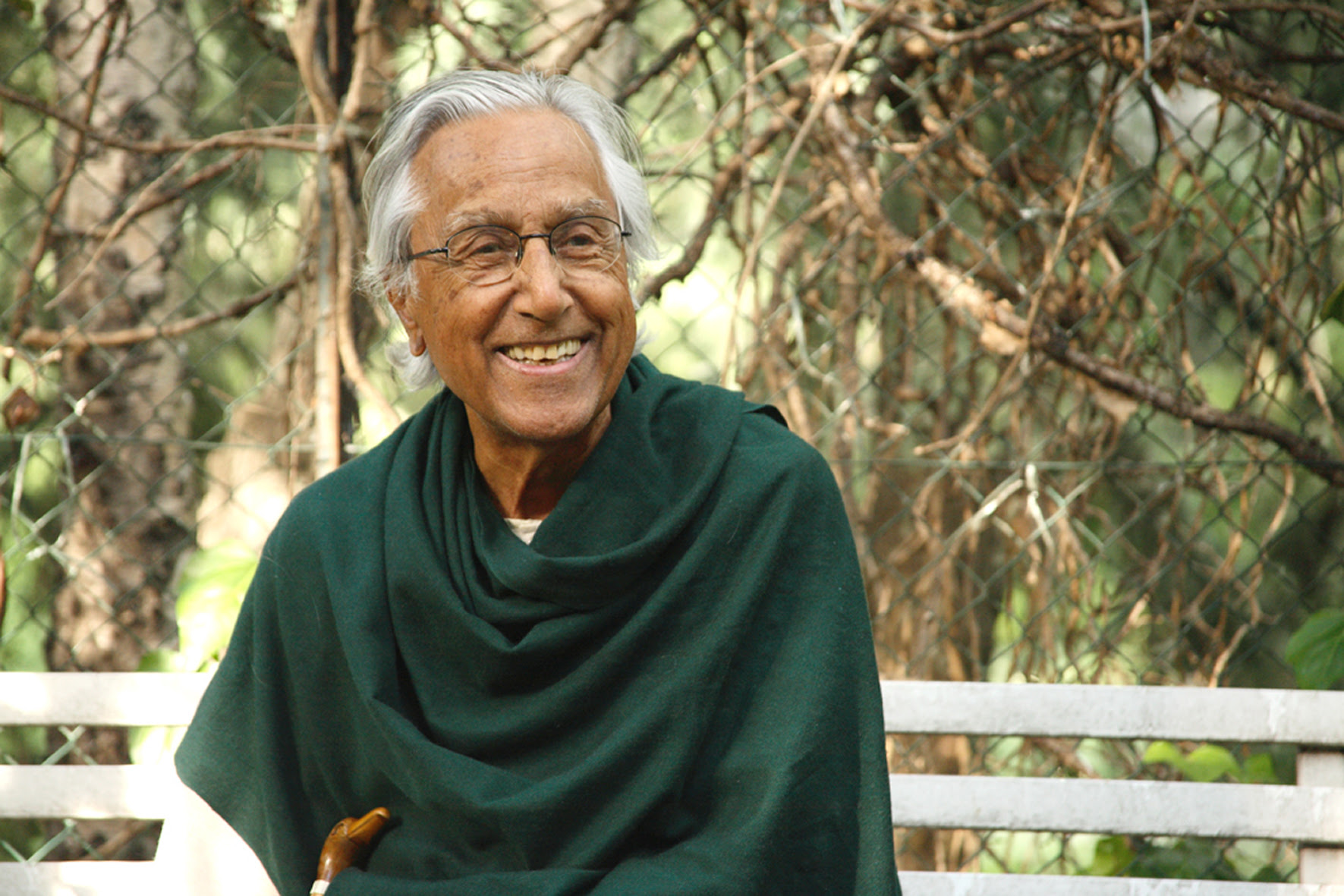 The late Raimon Panikkar (at right), comparative religion scholar, philosopher, scientist, and theologian, is a true child of both the West and the East. He has been described as a “spiritual mutant”, a multi-dimensional person who combines “the polarities of the East and the West, outer and inner consciousness, science and mysticism, mythic and rational thinking, pragmatic involvement in the world and spiritual detachment.” In this talk, Scotty Greene will share how Raimon Panikkar’s life and work have guided the formation of his identity in Christ and how Panikkar offers us a model for spiritual unity in the midst of spiritual diversity.

In 2009, Scotty Greene ended a 40 year career in politics, law, and public policy advocacy. During what was eventually a three year sabbatical he began expanding on his interest in the experiences and works of Western and Eastern mystics. In 2012, a spiritual retreat at the Monastery of the Holy Spirit in Conyers, Georgia led him to enter Emory’s Candler School of Theology. In 2014 he received a Masters of Theological Studies with an emphasis on social justice and human rights.

Scotty is an organizer and fundraiser for the Interfaith Children’s Movement in Georgia and is member of a planning group for a proposed interfaith symposium at Atlanta’s Center for Civil and Human Rights in 2017. He is member of St. Bartholomew’s Episcopal Church in Decatur where he serves in the lay reader, companion, and adult formation ministries. He was recently elected to serve on the church’s vestry beginning in 2016. He and his wife Margaret live in Ansley Park. They have two grown children, son Luke, and daughter Riley. No grandchildren (yet). 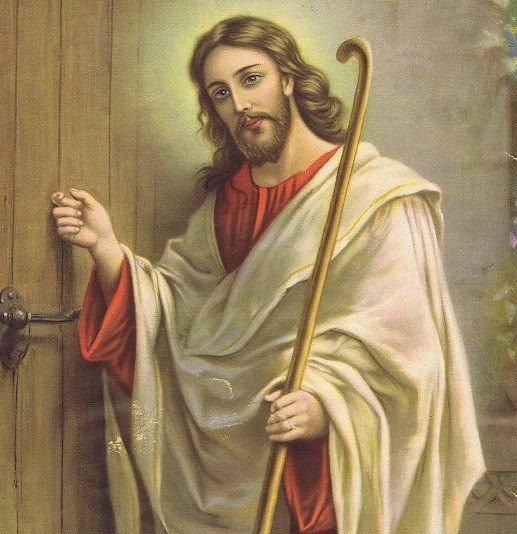 "(T)he three years of (Christ’s) ministry were like one compressed, concentrated age, which it has taken nineteen hundred years to unfold, and who knows how much longer it will yet take! … But mark this giant that came; centuries and ages pass, yet the energy that he left upon the world is not yet stretched, nor yet expended to its full. It goes on adding new vigour as the ages roll on…” — from Swami Vivekananda’s Christ the Messenger

Vivekananda said, “Jesus Christ was God — the Personal God become man. He has manifested Himself many times in different forms and these alone are what you can worship. God in His absolute nature is not to be worshipped… We have to worship Jesus Christ, the human manifestation, as God. You cannot worship anything higher than the manifestation of God…” — from The Divine Incarnation or Avatara, CW Vol 8

In early 1900, Vivekananda was in Southern California. On January 7, in Los Angeles, he spoke on Christ the Messenger. He said: “Suppose Jesus of Nazareth was teaching, and a man came and told him, ‘What you teach is beautiful. I believe that it is the way to perfection, and I am ready to follow it; but I do not care to worship you as the only begotten Son of God.’ What would be the answer…? ‘Very well, brother, follow the ideal and advance in your own way. I do not care whether you give me the credit for the teaching or not … I only teach truth, and truth is nobody’s property … Truth is God Himself. Go forward…” — CW Vol 4

Worship of the Personal God — following the ideal that Truth is God Himself; two very different practices. Vivekananda said that Jesus taught, according to the capacity of his listeners, three spiritual paths: dualistic, qualified non-dual, and non-dual. That, and Christ’s modern apostles, will be the topic of this Sunday's discussion. 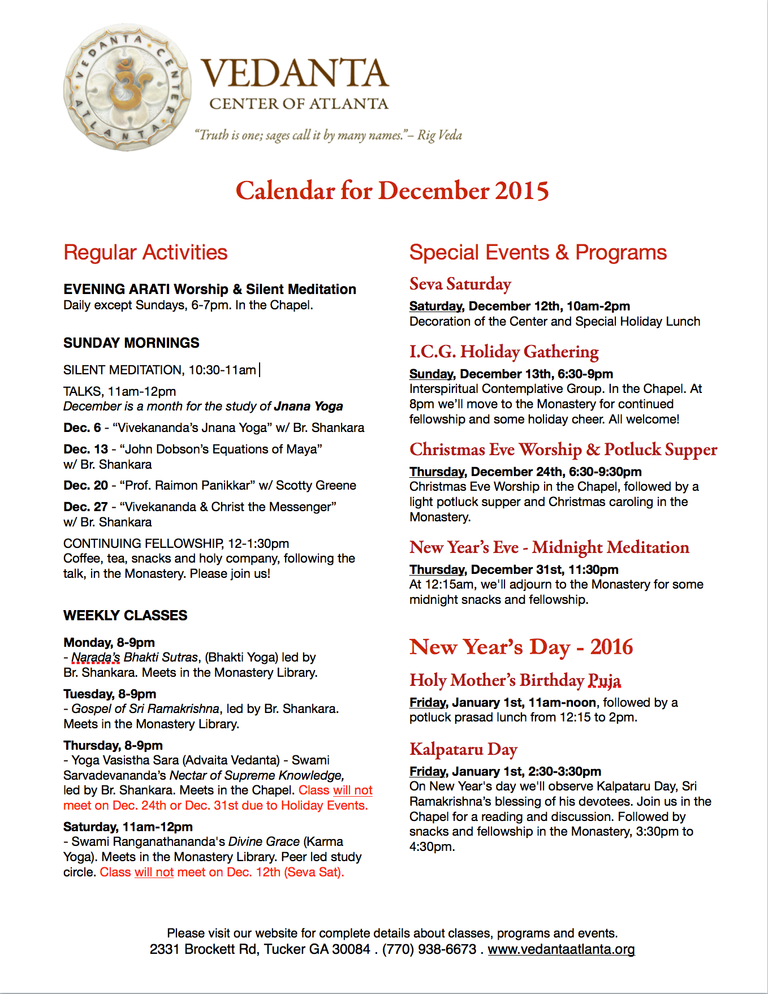