Date: October 24, 2017 Tuesday Time: (4:15-5:45 pm)
Asst.Prof. Tehila Sasson (History, Emory University)
“Affective Economies: Humanitarian Ethics, Decolonization, and Global Markets”
Venue: Bowden Hall 323.
The lecture is part of a larger project, provisionally titled We Are the World: Humanitarian Ethics, Global Markets and Everyday Life. We Are the World tells the story of why and how a global humanitarian ethics became embedded in everyday practices, first in Britain and then the world, from the 1940s to the 1980s. It
recovers the relationship between a humanitarian ethics and economic life, and analyzes how that relationship was transformed during a period of economic and political decolonization.
At the center of We Are the World are stories of how women, children, religious organizations and even corporations came to participate in making a global community of care through market-based activism (boycotts, fair trade shops, rock concerts etc.). It explores how, from the aftermath of total wars to the neoliberal era of the 1980s, humanitarian ethics became embedded in a global market and helped to re-
shape the relationship between the global North and South. In short, it rewrites the history of human rights and humanitarianism that has previously been told from the perspective of diplomats, governmental agencies, and aid experts, and focuses instead on the political and moral economy that connected everyday life between Britain and the world.
A key argument in the book is that decolonization and the liberalization of the global market in its aftermath were critical to this story. Chapters therefore move from places like India to Kenya and Nigeria, but the center of the book focuses on Britain’s old imperial world and to some extent (though not in this chapter) the United States. Doing so, the book makes novel contributions to the global history of capitalism as well as
the international history of human rights.
The chapter is a rough draft that develops some of these ideas by tracing the history of the charity shop. A peculiar British institution, I argue that charity shops have actually been embedded within a post-imperial economy that connected affects to markets.

Date: October 31, 2017 Tuesday Time:(4:15-5:45 pm)
Valedictory Seminar
Prof. V. Narayana Rao (MESAS, Emory University),
“Indian and Western Texts: Practices and Approaches to Reading”
Venue: Bowden Hall 323.
*** this event is co-sponsored by Middle Eastern and South Asian Studies (MESAS) and the Graduate Division of Religion (GDR)
Velcheru Narayana Rao taught Telugu and Indian literatures for thirty-eight years at University of Wisconsin-Madison. He also taught at the University of Chicago, and is currently Visweswara Rao and Sita Koppaka Professor in Telugu Culture, Literature, and History at Emory.
Papers for the events at Bowden Hall are pre-circulated. A limited number of hard copies will be placed in the History Department copier room.
Contact: Sujit Shrestha sujit.shrestha@emory.edu 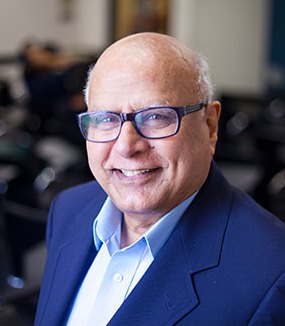