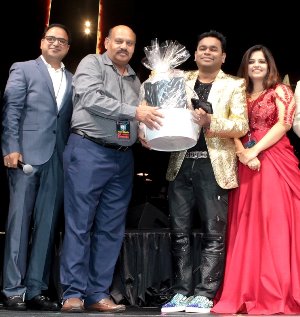 India's famous Oscar-winner A. R. Rahman and his team of talented musicians performed in Atlanta on Saturday, August 25, 2018 at the huge Infinite Energy Arena in Duluth —and it was SOLD OUT, housefull, a blockbuster hit. Performing with A. R. Rahman were Mano, Neeti Mohan, Ranjit Barot, Udit Narayan, Javed Ali, Haricharan, Jonita Gandhi, and Linda Lind, all famous stars themselves. They performed in solo and as a group to create a musical extravaganza of unparalleled rhythm and melody. 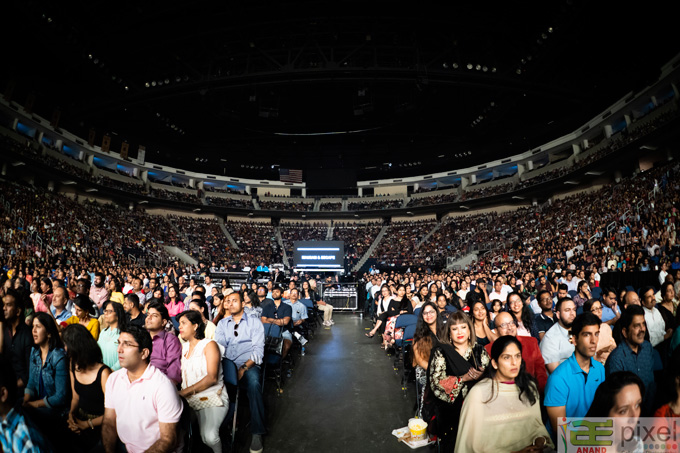 Rahman and team were touring North America for two months, performing in New York, Houston, Chicago, Orlando, San Francisco, Los Angeles, and Ontario. Atlanta music lovers were fortunate to have this show, one of the most memorable of recent years. The city frequently hosts Indian cultural shows performed by artists from India, but this was special. With so many stars shining under the same roof, the night was dazzled with musical bliss. It was an evening of 3 hours of continuous enchanting music, with all instruments and vocals performed live on stage. 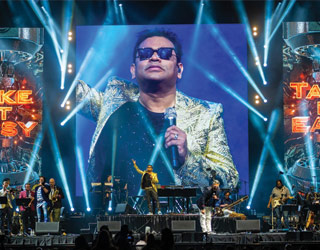 It started with the favorite, Bollywood super hit songs. Rahman enthralled the audience with his masterful music. Udit Narayan sang old Bollywood hits and made the audience nostalgic for their school and college days. Haricharan brought his soul-touching tones. Neeti Mohan’s songs and dance dazzled the crowd. Jonita Gandhi, Mano, and Linda Lind kept the energy going with powerful performances. Ranjit Barot, the famous drummer for John McLaughlin and the 4th Dimension, and the music director for Rahman concerts, gave his uplifting music. Javed Ali, another Bollywood playback singer, entertained with popular songs. 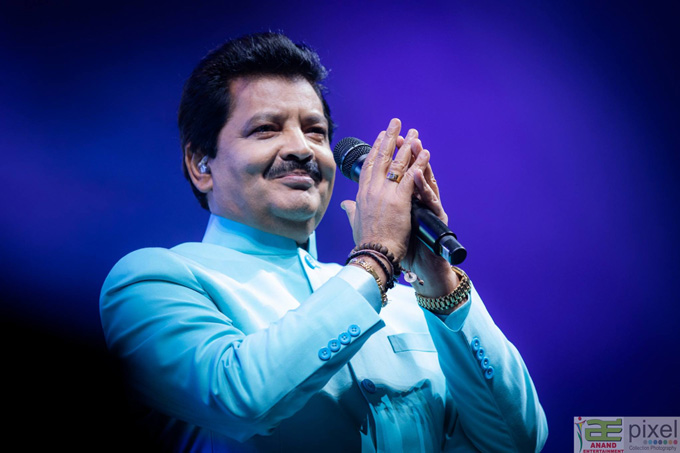 The show honored India’s diversity with songs from different genres and languages. In addition to Bollywood Hindi songs, there were also Tamil and regional songs. In the end, all the musicians changed their dress, donned the white cap, and presented 30 minutes of spiritual Sufi songs. The magic of the music with the soulful renditions of these favorite songs moved the audience to tears of joy. It was an experience of a lifetime and a night forever enshrined in memory. 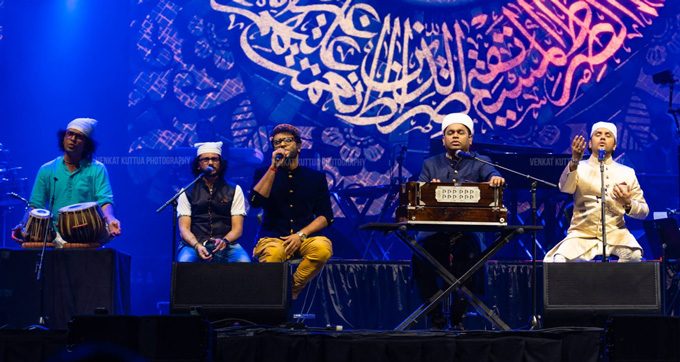 The crowd was on their feet with this grand show, continuously cheering at the performances. Here is what some of the crowd said: - “Mind Blowing! - Great mix of music and lights. - Udit Narayan Sir brought back great memories. - I felt a chill with excitement. – A. R. Rahman is better than ever.”

After the program, Rahman met with sponsors and special guests. The concert was attended by music lovers from Georgia, Alabama, and Tennessee. For those who missed, the event was covered by Anjali Chhabria from TV Asia and was telecast on September 1.

Organizers were Anand Entertainment, Time Starz Entertainment, and NNKB Dance in association with the national sponsor, 27th Investments. Bhavana Anand worked for three months to bring the show to Atlanta. Afterwards, social media was abuzz, with people sharing photos and giving great reviews for the performers and sponsors. Some quotes from Facebook that say it all:
Divya Desai: "What a mind-blowing Sold out concert! …Truly one of the best Atlanta has seen.”
Hetal Mehta: “The best show indeed! … Looking forward to many more. "
Pradnya Nirbhavane: “What an amazing show to experience!”
Durgesh Das: “You are the best, Bhavana Vishal Anand!! You have set a standard for others.”
Sagnika Mukherjee Paul: “The best show indeed. ... Complete audio-visual treat. Thanks a lot.”