AAPI and GAPI host a joint convention in Atlanta 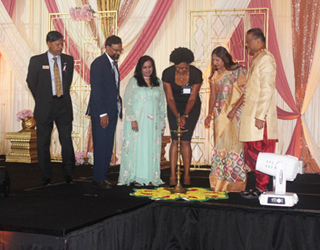 From October 7 to 9 2022, the American Association of Physicians of Indian Origin (AAPI) and the Georgia Association of Physicians of Indian Origin (GAPI) jointly organized the governing body meeting which was attended by over 250 delegates. The AAPI Annual Convention and GAPI Dussehra & Diwali Banquet was held at the Atlanta Airport Marriott Gateway Room against the beautiful backdrop of the City of College Park. 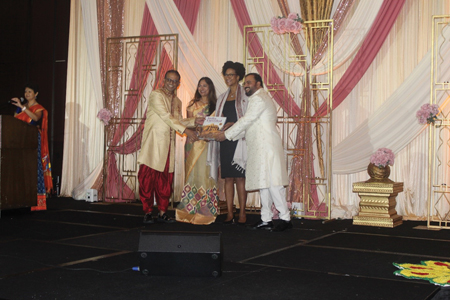 In her welcome speech, Dr. Jonnalagadda greeted Dr. Swati Kulkarni, Consul General for India in Atlanta, and V. Muraleedharan. the Indian Union Minister of State for External &Parliamentary Affairs, who were chief guests for the occasion.

Along with delicious food, elegant decorations, unique entertainment, great CME, and late nite Mehfil was also the Bollywood and Garba Nite by popular artists led by Samir and Dipalee.

Following a welcome dance from the local groups, speeches were delivered by Dr. Sreeni Gangasani, past BOT Vice Chair and Dr. Raghu Lolabhattu, the Convenor BOT Vice Chair. They 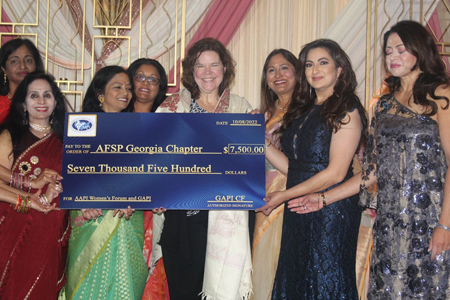 shared the contribution of AAPI during the pandemic. Stressing the role of preventive care, AAPI has furthered its efforts by initiating several programs, most significant being the launch of the Adapt-A-Village program that provides free comprehensive health screening. This initiative entails the plan to adopt 75 villages to commemorate 75 years of India’s independence. Also mentioned was the AAPI’s support for the American Foundation of Suicide Prevention (AFSP). Every year, over 200 physicians die by committing suicide. More than $15,000 have been raised by AAPI Women Physician Committee for the cause. The AAPI Women Physician Committee, in association with GAPI, were called upon the stage to present the check of $7,500 to Cheryl Cloar, the Board Chair for Georgia Chapter of AFSP. 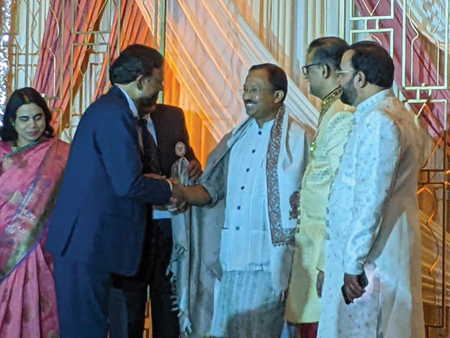 Dr. Kulkarni, who was then invited on the stage, mentioned Atlanta as home to the youngest consulate in the U.S. and one which has seen very few ministerial visits. Speaking of V. Muraleedharan as a “tireless minister,” she said his trip will be remembered as the second ministerial visit to Atlanta.

V. Muraleedharan congratulated the efforts of AAPI and GAPI in not only being a force of change in the U.S., but also a living bridge for communities in India. In an interview with Khabar, he said, “India has been in discussion with the United Nations Security Council for four decades, and all the countries must take [a] collective stand for peace and security. We have been forceful in asking them to put together reforms against armed groups causing unrest. October 7 marks the fifth anniversary of India-UN Development Partnership Fund. Established in 2017, the $150 million fund is supported and led by government of India for demand driven and transformational sustainable development projects. In discussions, India’s role as developing country was pressed.” In his concluding remarks, he stressed that his visits abroad allow him to stay connected with the Indian diaspora and to listen to their success stories and views. He thanked them for being a vital bridge between India and the U.S.