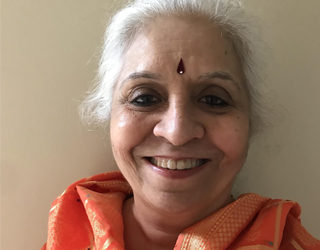 Held on March 28, 2021, this was a women-only event. The program began with a recitation of verses from the Holy Qur’an followed by a brief introduction of the Ahmadiyya Muslim Community and its history in USA.

Leanne Rubenstein, Co-Director of Compassionate Atlanta, presented the Jewish perspective. Having served as the Associate Director of a refugee resettlement agency in Atlanta resettling over 500 refugees annually, as well as providing emergency response programming to individuals and families displaced by Hurricane Katrina and the massive earthquake in Haiti, she spoke about the importance of implementing “compassion” in our lives. Rubenstein pointed out the diversity amongst Jews who come from various racial backgrounds, and the need to address and deal with “racial inequality by looking into our own community” and “within our own religion” keeping in mind that we are all made “in the image of God.” She noted the rise in conversation within the Jewish community with regards to “What does it mean to be in partnership with a movement like Black Lives Matter and how do we support black and brown lives?” She stated that many organizations in the Jewish community focus their work on “tikkun olam” or the concept of “repairing the world.” She ended her presentation by emphasizing to “be in the community together” and “learn from one another” in order to foster a better understanding and to explore ways of promoting racial equality. 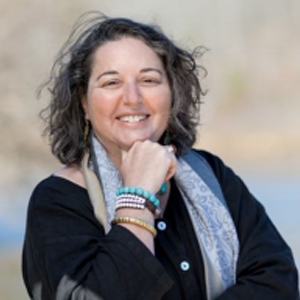 Geeta Mehrotra presented the Hindu perspective. Mehrotra, who has developed many self-help programs, began her presentation by shedding light on the Hindu concept that “the universe is one family.” She introduced basic principles of “dharma: righteousness, duty towards yourself, duty towards others and duty to God; and karma: everything you sow you have to reap it and reincarnation, meaning the soul never dies”. She explained that empowering the soul can enable us to combat challenges, difficulties and discrimination. “We empower the soul to be strong by prayer, by maintaining silence, by serving others, by bringing purity in our lives, by offering love,” she said. Mehrotra gave the example of Mahatma Gandhi whose life spread the ideal of ahimsa (nonviolence) and peace; and how this message influenced many others even after his death including Martin Luther King Jr. and Nelson Mandela. She concluded her presentation by emphasizing Mahatma Gandhi’s principle that “everybody carries a divine spark and that spark we have to treat with respect and dignity.” 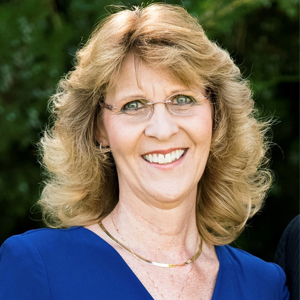 Marilyn Seebeck, a faith leader for the Relief Society, the women’s organization of The Church of Jesus Christ of Latter-day Saints, presented the Christian perspective beginning with “God created the many diverse races and ethnicities and He esteemed them all equally.” Therefore, it is sinful to “look down, denigrate or discriminate against others because of their race.” She presented the commandment from the New Testament, “Thou shalt love thy neighbor as thyself.”

Exploring “who is my neighbor?” Seebeck narrated “The Good Samaritan”, a Christian parable from the New Testament which defines the true meaning of neighbor and says that everyone is our neighbor. She presented various ways of “neighbors serving neighbors.” Seebeck stated that, “The best place to start is within our own families” and efforts should be made to instill love for others in our children and “recognizing that diversity is a blessing of God.” Other ways include “going in our communities and serving our neighbors” as well as serving in times of crisis regardless of any differences, which would allow opportunities for new friendships to develop and promote understanding between members of the community. She concluded by stating that “as we get outside our comfort zones and start to get to know others who are different than ourselves” it would make us realize that we are all neighbors and therefore strive to “become an ally in the search for racial equality and justice.”

Mahmooda Rehman who serves as National Vice President for AMWA stated that according to Islam, “God has created all men free and equal.” In chapter 49, verse 14 of the Holy Qur’an, God has addressed all mankind as one family by stating “O mankind” and not “O believers” indicating that Holy Qur’an is building
a universal brotherhood of all people. Rehman said that Islam puts emphasis on “opening our hearts to humanity, we should consider the pain of others as though it is our own pain and grief.” She quoted the founder of the Ahmadiyya Muslim Community, Mirza Ghulam Ahmad, who stated, “I never like the talk of those who want to limit their sympathy to their people alone, remember that God likes goodness the most and He desires that we should be kind to His creation.”

The National Outreach Secretary of the AMWA Dr. Amatul Quddus Ayaz-Shams gave the closing remarks thanking the speakers and guests before concluding the program a with silent prayer. Khola Humayun, the president of the AMWA Georgia/South Carolina, also added her thanks. With 89 attendees including 59 guests and 30 members of the AMWA, the event was well received.